On May 30, 1914, the British ocean liner RMS Aquitania made her maiden voyage.  Larger than the Titanic, this giant was known as “Ship Beautiful” for self-descriptive reasons.  Serving in both World Wars, she was the last of the great 4-funnel (as smokestacks were called) liners and was the longest serving liner in history until surpassed by the Queen Elizabeth II.  Obviously famous in her day, the Aquitania is not well remembered, unlike the other 10 ships we list here whose fame has stood the test of time.  Apologies to the HMS Victory, the USS Arizona, the USS Missouri, the USS Maine, K-19, the USS Nautilus and all those other great ships.  Perhaps they will appear on another list! 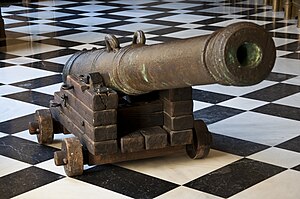 A Spanish treasure ship that sank in 1622 in a hurricane off the Florida Keys, the Atocha was heavily laden with treasures from the New World and was headed back to Spain when she sank.  The Spanish managed to send salvage crews to her wreck and spent years looking for the treasure, recovering perhaps half.  In 1985, an American treasure hunter found the wreck and faced legal battles with the State of Florida over ownership of the remaining treasure, with the courts eventually ruling against the State.  Just one emerald ring that has been recovered has an estimated value of $500,000!  With the modern recovery of treasures from the Atocha worth several hundred million dollars, the original treasure the ship carried may have been worth well over a billion dollars in today’s money.

Charles Darwin, famous for his theory of evolution, sailed on the Beagle in 1831 on her historic voyage of scientific discovery and later published what he called Journal and Remarks, more commonly known as The Voyage of the Beagle.  This 5-year-long voyage made Darwin and the Beagle famous, and to this day, conservative fundamentalist Christians still debate the merits of Darwin’s theories regarding the evolution of species of plants and animals.

Although 90 feet shorter than the largest U.S. battleships (Iowa class), the Bismarck was 10 feet wider and had more steel armor, displacing 5,000 more tons!  When she was commissioned just after the start of World War II, the British people were terrified of the prospect of her cutting off sea lanes of transport.  The most hunted and targeted ship in history, it took over 400 hits from British guns and perhaps 12 torpedoes to incapacitate her to the point where her crew scuttled her.  In 1960, a major motion picture called Sink the Bismarck was made, and a hit song by Johnny Horton, “Sink the Bismark,” was also released, with the name of the ship misspelled!

The 1906 introduction of the HMS Dreadnaught heralded a new age in warships.  Capable of 21 knots and armed with 12-inch guns, the Dreadnaught was the first of what are called “all-big-gun battleships,” and she made all the battleships before her obsolete.  Today, her name has become synonymous with the term “battleship.”  The Dreadnaught is also notable also as the first capital ship powered by a steam turbine engine instead of a reciprocating steam engine. 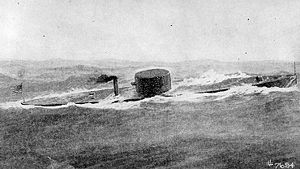 Not the first ironclad (armored) warship, but with her steam engine and revolving turret, the Monitor was definitely a game changer.  Her 1862 battle with the CSS Virginia (the former USS Merrimac) at Hampton Roads is regarded as a milestone in naval warfare, the first battle of ironclad warships.

A classic example of the last of the “pre-Dreadnaught” battleships, the Potemkin is famous for the 1905 mutiny of her crew against its officers.  The pride of the Czarist Russian Imperial fleet, this brand-new ship of the time is heralded by Russians as the scene of the beginning of the Russian Revolutionary Era that would eventually overthrow Czar Nicholas II in 1917.  The 1925 film The Battleship Potemkin is considered to be one of the greatest movies of all time.

An American frigate (a medium-sized warship) built in 1797 when a ship’s normal lifespan was approximately 10 years, the Constitution is, along with the British HMS Victory, one of the longest-serving warships in history.  Her most recent cruise was in 2012, at age 215!  She is commonly referred to as “Old Ironsides” after the Oliver Wendell Holmes poem by that name commemorated the cannon balls that bounced off her stout sides in 1812.  She fought in numerous campaigns from the Barbary coast through the War of 1812 during which she won her greatest victories.

The subject of the most famous mutiny in history (1789) and the star of  3 major motion pictures (among others), the Bounty comes to mind as the quintessential sailing ship. (Until she sank in a hurricane in 2012, the Bounty replica made for the 1962 MGM movie was a major Florida tourist attraction and served as an educational aid and charter ship.  And yes, the author did go aboard and tour the MGM Bounty!).  Under the command of the tyrannical Captain Bligh, the Bounty had been seized by mutineers and was then destroyed by them in order to conceal their location.

These are the three ships used by Christopher Columbus during his first voyage to the New World in 1492.  The “largest” of the three, the Santa Maria, was a mere 62 feet long at the hull and only 18 feet wide.  The Santa Clara is better known by her nickname Niña.  With school-aged children everywhere being taught these three names, these ships have had a good head start on the others in the “fame” department.

At the time of her 1912 sinking, she was the largest ship on the seas.  Considered by many to be “unsinkable,” the Titanic was, tragically, in fact sinkable indeed, going down only about 2 hours and 40 minutes after sideswiping an iceberg.  Over 1,500 people died, many of them rich and famous, and ever since that fateful night, the books, movies and documentaries have not stopped coming.  The public demand for Titanic culture remains insatiable.  Bigger ships would be built, more people would die in maritime disasters, however none have come close to the Titanic’s fame.

Question for students (and subscribers): What other ships do you think belong here?  (Real ships only please, fictional ones can be another list.)  Please let us know in the comments section below this article.

Hancock, Claire.  The Titanic Notebook: The Story of the World’s Most Famous Ship.  Insight Editions, 2012.

The featured image in this article, a photograph of RMS Aquitania on her maiden voyage in 1914 in New York Harbour, is available from the United States Library of Congress‘s Prints and Photographs division under the digital ID det.4a16305.  This media file is in the public domain in the United States. This applies to U.S. works where the copyright has expired, often because its first publication occurred prior to January 1, 1925, and if not then due to lack of notice or renewal. See this page for further explanation.