On May 18, 1926, the most famous radio evangelist in the country disappeared from a public beach, and no one noticed. For 5 weeks there was no sign of her until she staggered out of the desert in Mexico, with the real story of what happened a mystery. Every so often people or things disappear. A jet liner, a ship, an entire colony, anything is fair game when it comes to mysterious disappearances. Here are 10 of the intriguing ones. Which ones would you add to the list? (Please, the disappearance of your car keys does not count.)

The highest ranking Nazi that had eluded capture since the end of World War II, despite persistent efforts to locate him. Hitler, Goring, Himmler and Goebbles committed suicide, Canaris was executed, Donitz, Speer and Hess imprisoned, Eichmann was found and executed and the mystery of Mengele has been solved. Only Borman slunk away undetected and was not found until the West German Government officially gave up looking for him in 1971.  Only a year later, the skeletal remains of Bormann were tentatively identified by a dentist, though the only records he had were his memories. In 1998 those remains were positively identified as Martin Bormann by DNA testing. The mystery did not end with that, as certain clues about the bits of soil found with his bones were different than the soil local to the Berlin area in which he was found, leading some to believe he had lived after the war and died elsewhere, then was brought back and the remains staged to seem they had been there all along. Notable scholars and Nazi hunter Simon Wiesenthal vigorously disagreed with the conclusion that Bormann had been found and alleged a cover up was taking place. And this reason is why it is a mystery! 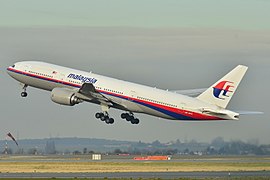 With a dozen crew members and over 200 passengers representing 14 countries, the Boeing 777 took off from Kuala Lumpur headed for Beijing, China on March 8, 2014 and an hour later was never heard from again. As of the time of this writing (April 26, 2014) no trace of the giant airliner has been found, despite an enormous international effort to locate any sign of the jet or the passengers. Was it hijacked? Did it secretly land somewhere? If it went down in the Ocean, then where? Why were the transponders not working? In the 7 weeks since the disappearance this incident has dominated the cable news channels, pushing conflict in the Ukraine to the back. In an age with sophisticated electronics and satellites keeping an eye on the surface of the earth, jet liners are not supposed to disappear! Well this one did, and pretty mysteriously at that.

It is not that unusual for someone to disappear while swimming in the ocean. A variety of predatory denizens such as sharks, jellyfish, stingrays, octopuses (cracked fact: the plural of octopus is octopuses, not octopi!), barracuda, sea snakes and other sea monsters could possibly kill or injure a swimmer resulting in their disappearance. Or the swimmer could have his own physical problem, such as heart attack, stroke, cramp or something else that could kill or disable him, resulting in drowning and disappearance. The unusual part comes in when the missing person is the Prime Minister of the country, in this case Australia. Holt was a frequent ocean swimmer and one day after going swimming he did not return and was never seen again. Imagine if that was an American President! What happened? Did he stage his own disappearance or commit suicide? End up as shark bait? After this many years, it is unlikely that we will ever know what really happened.

A French attempt to make a non-stop crossing of the Atlantic Ocean by airplane, this biplane was not carrying a radio in order to save weight. Thus, we do not know if they had trouble navigating, engine or icing problems, or what exactly. Speculation has even included the plane being shot down by bootleggers. Despite alleged bits of debris and unsubstantiated reports of hearing or seeing the plane over Canada or Maine, no verifiable trace was ever found despite a massive search. Only a week later Charles Lindbergh successfully crossed the Atlantic by airplane and became an American and international hero.

Sometimes you wonder where your money goes. One day you have money in your purse or wallet and before you know it is empty. This scenario happened to the US in Iraq, where of the $53 billion devoted to rebuilding the country (after President Bush promised we would “Not engage in nation building) about $12 billion is unaccounted for. At times, even pallets full of US money went missing! Sounds like a joke? It is not. The money was $100 bills shrink wrapped in plastic and on pallets, 363 tons of money! Waste, fraud and corruption accounts for some of the lost money, but plenty was just plain old stolen as well. Will anyone ever be held accountable for this massive loss? Probably not. Shipments of money kept arriving via cargo airplane over the years, and the money kept disappearing. If we at History and Headlines seem upset, it could be because we are a little dismayed by this mysterious disappearance of our tax dollars. If you are not depressed by this, consider that some reports have $18 billion of the $20 billion palleted $100 bills missing.  CNBC reported $40 billion. Ouch! 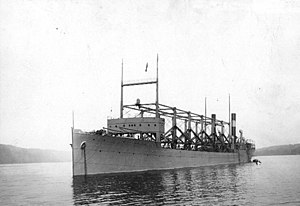 When this ship disappeared, with it disappeared the entire 309 man crew, the largest non-combat loss in US Navy history. Carrying a load of manganese, this 542 foot long ship displaced almost 20,000 tons, a massive ship of its day. Captain George Worley was about as cracked as the incident, actually born johann Wichmann in Germany and living under an alias. With a reputation similar to Captain Bligh of the HMS Bounty, he was tyrannical and petty, known to make his rounds wearing a derby hat and long underwear. He was also accused of chasing a junior officer around the ship with a pistol. The crew also hated him for his pro-German sentiments at a time when the US was at war with Germany. No trace of the ship or crew has ever been found, and no U-boats were anywhere near the ship when she disappeared.

Probably the most famous of the Bermuda Triangle incidents, 6 US Navy torpedo bombers on a training flight out of Florida disappeared somewhere in the Bermuda Triangle. No trace of any of the planes or their crews have ever been found. A PBM patrol airplane searching for the lost Avengers also disappeared, and neither it nor its 13 man crew was ever found.

The hijacker known only by his alias, Cooper held a Boeing 727 airliner ransom for $200,000 and then parachuted out of the jet liner with his money over the US Pacific Northwest, never to be seen again. Who was this guy? No one has yet found out who he was or what happened to him, although theories abound. Some of the money was found in the woods, but no sign of the hijacker or the rest of the cash. Cooper remains the most famous airplane hijacker in history and we do not even know who he was, let alone where he went or where he is.

Located in present day Dare County, North Carolina, Roanoke Island was the site of an English colony planned by Sir Walter Raleigh. First populated by settlers in 1585, the last 115 settlers were dropped off in 1587 and they were never seen again (by other English people). The colony was visited by an English expedition that found all the settlers gone, and only a single skeleton and the word “Croatoan” carved onto a fence post. The homes and other structures had been taken apart, implying an unhurried exodus, but no trace of the colonists was found then or since. Investigations then and now continue to fail to find out what had happened. Did the Spanish displace the settlers? Did local Native Americans evict the white people? Did the colonists migrate of their own accord because of a lack of food or illness? Perhaps someday we will know, but for now it is still a mystery. Cracked note: A signal had been arranged whereas the colonists would carve a Maltese cross on a tree or building if they had been forced out of the colony, but no such signal was ever found. Historical note: In 1587 the first European baby born in the New World was Virginia Dare, who of course disappeared with everyone else.

Probably the most famous aviatrix of all time, Earhart was quite a celebrity when she attempted an around the world flight in her Lockheed Electra twin engine airplane with one crew member (navigator Fred Noonan). The airplane and both people disappeared somewhere over the Pacific Ocean and has not been seen since. Thus, we do not know what happened. Theories include running out of gas, engine trouble, landing on the wrong island, shot down and or captured by Japanese and who knows what else. In any case, this incident is arguably the most famous disappearance in history, and the mystery persists to this day. Earhart had earned the Distinguished Flying Cross medal and numerous other honors, and besides being a record setting pilot she was also an advocate for women’s rights. She was only 40 years old when she disappeared and was declared dead by the government in 1939. She lives on in books and movies about her and is still the first woman one thinks of when thinking of women pilots. A recent example of the fame she still commands is the 2009 major motion picture, Amelia, starring Hilary Swank.

Question for students (and subscribers): Do we need a sequel?  Please let us know in the comments section below this article.