On May 14, 1878, the town of Salem, Massachusetts, was fittingly (in a way) the scene of the last known trial for the crime of witchcraft in the United States. Had people gone mad? Was there some sort of time warp? Were there ghosts from 1692 at work here?

Goofy as it sounds to us today, there are still plenty of people who believe in witches and witchcraft, and even the former Republican Vice Presidential nominee and erstwhile Governor of Alaska Sarah Palin can be seen on video being cleansed and protected from witchcraft by a preacher who is a known witch hunter!  (Seriously, if she does not believe in witchcraft, why would she publicly be treated for protection from witches???)

The Salem Witchcraft Trial of 1878, also known as the Ipswich Witchcraft Trial, originated among the Christian Scientist community, adherents of the religion started by Mary Baker Eddy in the latter half of the 19th Century.  It seems a certain Civil War veteran, Daniel Spofford, joined the Christian Science religion in 1875, graduating from their classes about metaphysical healing.  Spofford became an organizer of the religion in Massachusetts, began a “healing” practice and called himself “Doctor Daniel Spofford.”  Spofford is also significant to the development of Christian Science in that he introduced Mary Baker Glover to her future husband, Asa Eddy.  In 1878, Spofford and Eddy had a falling out, with Eddy suing Spofford for unpaid tuition (from the courses he took) and Spofford being expelled from Christian Science.

The roots of the Witchcraft Trial stem from the Christian Science idea that Malicious Animal Magnetism (MAM) is a form of hypnosis used for evil and harmful purposes.  (In 1881 this subject was titled “Demonology” in Christian Science literature, later removed from subsequent editions.)  Lucretia Brown, age 50, of Ipswich, Massachusetts was an invalid that had been receiving “treatments” from Christian Science healers, but claimed her relapses were due to interference from Daniel Spofford, through his use of “mesmerism.”  A lawsuit was filed by Brown against Spofford alleging he was causing her pain in body and mind (don’t forget neuralgia!), and the Christian Scientists amassed 21 witnesses against Spofford, including Mary Baker Eddy herself.  Trial commenced on May 14, 1878, and on May 17, 1878 Spofford was called to testify.  Spofford instead had his attorney file for “demurrer” and the judge dismissed the case, claiming the alleged tort was vague and “framed without a knowledge of the law of equity.” 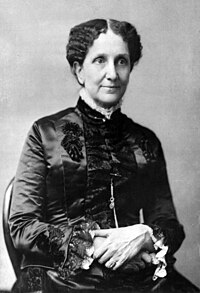 Brown’s side appealed the dismissal, but an appeals court upheld the dismissal.  Widespread media coverage of the event drew criticism to Eddy and her religion, and the case was seen as somewhat of a bizarre and ridiculous event.  We think so, too!  Question for students (and subscribers): What do you think of witches and witchcraft?  Please let us know in the comments section below this article.