On March 11, 1916, the United States Navy commissioned its first “Super-Dreadnaught” modern battleship, the USS Nevada BB-36.  Named after the State of Nevada, the USS Nevada was the first of a 2 ship class, the other ship being the USS Oklahoma BB-37.

By 1911, the navies of the world had progressed past the “Dreadnaught” state of battleship construction (1906) to the “Super-Dreadnaught” evolutionary stage with the advent of the British Orion class battleships.  The US immediately countered with the New York class battleship, with 14 inch main guns to match those of Japan and Britain, but did not make the entire evolutionary leap until the Nevada.  Characterized by large size, thicker armor in some places, and thinner armor in others, “Super-Dreadnaught” type ships had all their main guns placed on the centerline of the ship in turrets that could rotate to either side of the ship.

The Nevada boasted an “armored raft” armor layout, that being only vital areas were armored, but more heavily than in the past, and areas deemed not vital were not armored to save weight.  The “raft” portion was those armored areas that were capable of keeping the ship afloat if the unarmored areas were penetrated.  Maximum armor was 18 inches thick on the turrets!  Another new aspect of the design accounted for the fact that the latest gun technology meant engagements could take place at such long ranges that the shells would fall vertically on the target ship, striking the deck instead of the sides, meaning it was wise to armor the decks against such plunging fire.  The Nevada was the first ship to take this aspect of naval gunnery into account, a lesson later learned by other navies after the Battle of Jutland. 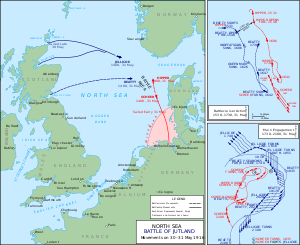 With a displacement of 27,500 tons (increased to 30,000 tons for WWII) the Nevada was 7000 tons heavier than her predecessors, the Delaware class, and 2 times heavier than the 1904 USS Connecticut.  Clearly, the Nevada and her followers would be something entirely different.  Heavily armed with 10 X 14 inch main guns in 4 turrets, the Nevada had a secondary armament of 21 X 5 inch guns and smaller anti-aircraft guns.  The secondary and anti-aircraft armament was updated (eventually 40 X 40mm AA cannons and 32 X 20mm AA cannons) throughout the life of the ship.  Nevada also carried 2 to 4 torpedo tubes.

Nevada served overseas during World War I during 1918 as convoy escort, but did not see combat.  At Pearl Harbor, on December 7, 1941, Nevada was the only US battleship to get underway during the Japanese attack, and was struck by a torpedo and 5 bombs.  In order to protect the ship from possibly being sunk in deep water, the Nevada was ordered to ground herself.  Hit by at least one more bomb (possibly 10 total), Nevada suffered 60 men killed and 109 wounded, but she had shot down at least 4 enemy planes.  Salvaged and repaired, Nevada went to Puget Sound for a refit and modernization.  She later served in both the Atlantic and Pacific to provide fire support for amphibious landings.  Off Okinawa Nevada was hit by a Kamikaze suicide plane, killing 11 crewmen, and was later hit by shore battery fire, killing 2 more crewmen. 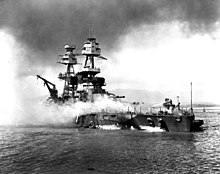 After World War II ended, the USS Nevada was deemed too old to continue in service, and was used during Operation Crossroads as a target ship for nuclear bombs.  The ship proved its design by not sinking when nuked, but was later sent to the bottom in 1948 with an aerial torpedo as a naval gunnery fire from the USS Iowa (16 inch guns) and other ships could not sink her!

The United States Navy seemed to get their money’s worth (original price, $5.9 million) from the Nevada, but like all battleships after World War II, she was eclipsed in importance by aircraft carriers.  Huge heavily armored ships bearing enormous guns are now a thing of the past, but will likely not be forgotten.  Question for students (and subscribers): Do you have a favorite battleship?  If you do, please let us know which one and why in the comments section below this article.