Tuesday, June 2
Trending
You are at:Home»June»June 25»How a Korean Girl Was Saved by a Turkish Soldier

On June 25, 1950, over 75,000 North Korean soldiers flooded into the Republic of Korea, on the southern end of the Korean peninsula. This invasion was the beginning of the Korean War, which raged from 1950 until 1953.

The Outbreak of the Korean War 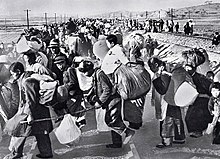 Within a week, the United Nations called for military aid for South Korea. The United States and Turkey were the first to answer the call. By July, U.S. and Turkish forces were fighting on the side of South Korea.

The Turkish Army Infantry Brigade that was sent to fight in South Korea was known to the U.S. and Turkish forces in Korea as the “Turkish Brigade.” Among the soldiers in this unit was a young sergeant named Dilbirliği Süleyman. Süleyman had volunteered to fight in Korea.

What happened was far from what he expected.

Members of the Turkish Brigade move into position in December 1950, shortly after suffering severe casualties attempting to block encirclement of the U.S. 2nd Division at the Chongchon river in North Korea.

After a night of hard fighting, Turkish sergeant, Dilbirliği Süleyman and his squad heard movement in the bushes behind their lines. Alarmed that the enemy had gotten behind them, the men turned their guns on the shrubs, ready to open fire into the foliage before the Koreans had the opportunity to attack.

But, Süleyman was not convinced that it was North Korean fighters hiding in the bushes. He told the men to stand down, and approached the bushes to find out who had startled them.

It was a young Korean girl. Terrified, and left alone after her parents had been killed during the very heavy fighting. The girl’s clothes were tattered, and Süleyman knew they could not leave a young Korean girl to freeze to death or starve. So, he picked her up, and brought her to the brigade headquarters.

The Turkish Brigade Adopts a Child 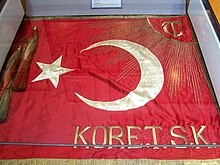 Standard of Turkish Armed Forces in the Korean War in Istanbul Military Museum in Şişli, Istanbul.  Photograph by User:Darwinek.

The soldiers of the brigade readily took the girl in, and Süleyman named her Ayla. The name meant “Halo.” Süleyman said it was fitting because her face was bright in the moonlight when he found her.

Ayla became a fixture in the Turkish Brigade. The Turkish soldiers became her adopted family, and she became a sort of mascot for the brigade. Being young, she readily learned Turkish. Within a few months, she was proficient enough to translate, and helped the Turks communicate with captured Korean soldiers and visiting dignitaries.

For a year and a half, Ayla lived among the Turkish soldiers, with Süleyman caring for her as her adoptive father.

Süleyman and Ayla spent most of their time together, and Süleyman wanted to bring Ayla with him when he returned to Turkey. Unfortunately, when it was time for the Turkish Brigade to return home, they discovered that it would be impossible for Ayla to return to Turkey with Süleyman.

The two were separated. Süleyman returned home, and Ayla was put in the Ankara School, an orphanage for children who were orphaned by the Korean War.

They lost contact. For over 60 years, Süleyman and Ayla lived separate lives, he in Turkey and she in Korea. Not even a single letter passed between them.

Things changed when Süleyman attended a reception for the 60th anniversary of the Korean War. He was 85.

Süleyman told his story about how he and his brigade adopted Ayla during the Korean conflict. In response, journalists dug into the government archives and searched for records from the Ankara School.

Unfortunately, the government archives held nothing, and the Ankara School records had been destroyed when the school was demolished to make way for a park; however, Süleyman’s story had been televised and covered by some news outlets. After some weeks of searching, a man responded to the story saying that his sister had known Ayla during her time in the Ankara School, and was still in contact with her. 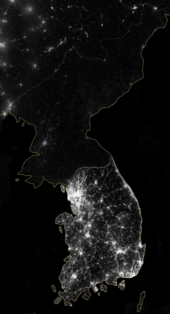 The Korean Peninsula at night, shown in a 2012 composite photograph from NASA

Ayla’s official name was Kim Eunja. She identified Süleyman in photographs, and, in a wave of emotion, explained that Süleyman was her hero, a man she thought of as her father.

The Korean government arranged for Süleyman and Ayla to meet in the park where the Ankara School once stood. The girl and the soldier were reunited in the spot where they had been forced to part 60 years before.

The two kept in touch through letters for years. Ayla continued to refer to Süleyman as her father. Ayla even came to know Süleyman’s wife as her mother.

Ayla: The Daughter of War

Their story was read around the world. In 2017, Turkish director Can Ulkay directed a feature film—Ayla: The Daughter of War—based on Süleyman and Ayla’s story. The film won eight awards, and was Turkey’s candidate for best foreign language film at the Oscars.

Although they saw each other during the film’s production, the last time Ayla and Süleyman were together was in a hospital in Istanbul. Süleyman was 91 years old, and suffering from respiratory failure.

Süleyman was unable to speak, because his breath was too weak. Ayla sat in tearful silence at his bedside.

On December 7, 2017, Süleyman—the man Ayla had known as her father—died after a month of treatment at the Haydarpaşa Numune Research and Training Hospital, closing the last remaining chapter of the Korean War. Süleyman was 91 years old.

Although she had lost her adoptive father, Turkey had not forgotten Ayla’s story. At the end of his official visit to Korea, Turkish president Recep Tayyip went to see Ayla. On May 3, Turkey’s president met with Ayla in a Seoul hotel. It was the last day of his visit to Korea.

After Süleyman’s passing, Ayla returned to her home in Korea, where she continues to live with her children and grandchildren, who mostly know her as Kim Eunja.

Question for students (and subscribers): Did anyone in your family fight in the Korean War?  Please let us know in the comments section below this article.

The featured image in this article, a photograph of South Korean forces in Front of the Taejon Railway Station, July 1950, is in the public domain in the United States because it is a work prepared by an officer or employee of the United States Government as part of that person’s official duties under the terms of Title 17, Chapter 1, Section 105 of the US Code.