In 1642, Bilsener Gilde was established in Germany as the first insurance company in Europe.  At first thought, the world of insurance might not seem like the most exciting subject to dig into; yet a quick glance through history throws up some interesting insights into human evolution.  We can trace the development of the insurance industry way back to early human society, before money-based economies even existed! In these early civilizations, insurance usually took the form of mutual aid among people living in the same community.  If somebody’s house was destroyed in a fire, for instance, the neighbors would help rebuild it as part of an ongoing ethical contract – and vice versa. It is not only the right thing to do; it is a way for people to ensure they could call on help when something bad happened to them. Of course, as the ages passed, insurance became a little more complex than just relying on the support of your neighbor. Things were certainly simpler back then!

Getting it in writing 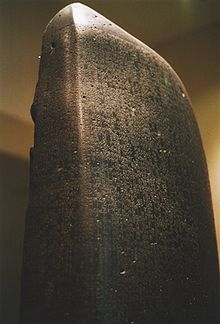 Code of Hammurabi.  Photograph by Rama.

Historians agree that the first written examples of insurance can be found on the Code of Hammurabi, a well-preserved Babylonian artefact that describes early legal approaches taken by sailing merchants around 1750 BC. The Babylonians created a system whereby merchants – who often received a loan for funding a voyage – could choose to pay a guarantee back to the lender in the event that the ship was raided, or sank, during the journey.

This basic system soon rooted itself throughout the merchant community, evolving over time to the point where contracts were drawn up and signed prior to important voyages. We can point to a 1347 contract signed in Genoa as the first recorded example. From that point on, the idea of insurance policies quickly became the norm across a wide range of industries. Lloyd’s Subscription Room in the early 19th century.  This engraving by Thomas Rowlandson (1756–1827) and Augustus Charles Pugin (1762–1832) was published as Plate 49 of Microcosm of London (1809).  Lloyd’s is an insurance and reinsurance market located in London, United Kingdom.

Fast forward to the early 17th century and insurance began to diversify and gradually spread into almost every major aspect of life and work. Property insurance, vehicle insurance, business insurance and life insurance all evolved. By this time, insurance wasn’t just a profession; it was a fully-fledged industry.

There was also a growing focus on accident insurance, particularly among tradesmen who feared the worst if they got injured and were unable to work. The number of dangerous trades was on the rise, and so insurance providers began to tailor agreements to meet these concerns, often asking for a month-to-month contribution to stay covered if anything were to go wrong. Modern-day providers like Next Insurance still employ a similar pay monthly system for their contractors insurance policies. The only difference is that, these days, it is all done online.

By the late 19th century, the idea of old age pensions and welfare support had gained tremendous popularity in countries such as Germany and the UK, setting a benchmark for government-backed insurance schemes. The idea of national insurance also evolved in the UK as one of the earliest examples of a government-backed insurance scheme rolled out throughout an entire country. National insurance was designed to give the British working classes a contributory system of insurance against unemployment and illness. 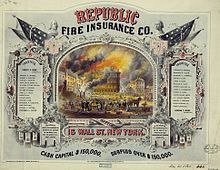 If nothing else, it is interesting to think that the concept of insurance is probably one of the oldest innovations of mankind.  Sure, the growth of money-based economies changed things slightly; though this simply put a clear price on protecting our homes, our trade and ourselves.

The fundamental concept remains exactly the same to this day. So, whilst insurance still might not seem like the most intriguing subject out there, it actually tells us far more about the path of human nature and evolution than we think. Maybe you will think twice next time before writing off insurance as just plain boring.

Question for students: Do you have a favorite insurance company?  Please let us know in the comments section below this article.

The featured image in this article, Locomotive Engineers Mutual Life Insurance Association Certificate of Membership and Policy of Life Insurance 1871, scanned by the uploader, Centpacrr, from “The Cooper Collections of U.S. Railroad History” (uploader’s personal collection), is in the public domain in the United States. This applies to U.S. works where the copyright has expired, often because its first publication occurred prior to January 1, 1924. See this page for further explanation.