On May 24, 1940, Ukrainian born Igor Sikorsky flew the first successful single rotor helicopter in history, the Vought-Sikorsky VS-300 (untethered flight).  Within 2 years, his Sikorsky R-4 became the first mass produced helicopter in the world.

Sikorsky was born in Kiev, Ukraine, in 1889 back in the days of the Russian Empire.  He was of Polish, Russian, and Ukrainian origin, and became a noted aviation pioneer while a Russian subject.  Some of his early Russian accomplishments included design and flying of the first multi-engine fixed wing aircraft, the Russky Vitas (1913) and the Ilya Muromets (1914), the first airliner in the world. 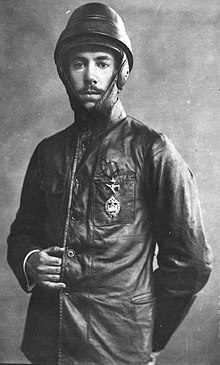 Immigrating to the United States in 1919 did not slow down his aviation influence, as he formed the Sikorsky Aircraft Corporation and promptly designed the first of Pan American Airways famous flying boats, the S-42 Clipper.

Sikorsky’s main claim to fame was with his development of the helicopter, an aircraft type that was being developed around the world at the time.  Sikorsky began experiments with helicopter flights as early as 1909 in Russia.  His initial flights with a single engine and single main rotor with a vertical stabilizing tail rotor that we find so familiar today started in 1939 and was more or less perfected by 1940.

Not only was the R-4 the first practical mass produced helicopter, it was easily fitted with pontoon type floats instead of skids to create the world’s first amphibious helicopter as well.  (Note:  The VS-300 can be seen at the Henry Ford Museum in Dearborn, Michigan.)

Siskorsky worked as a school teacher and at the University of Rhode Island, while also teaching at the University of Bridgeport.  Even after finding success in the aircraft business, he stayed with URI until 1948.  His company became a major manufacturer of commercial and military helicopters that are in use today. 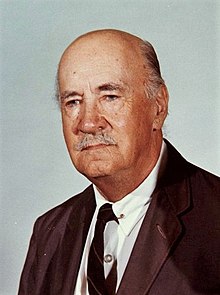 Sikorsky died in 1972, but is remembered by a street named after him in Kiev and the Sikorsky Memorial Bridge over the Housatonic River in Connecticut.  Of course, the small airport located near Sikorsky Headquarters in Connecticut is also named after him.  He is an inductee to the National Inventors Hall of Fame and the Junior Achievement U.S. Business Hall of Fame.  Sikorsky was honored in Russia by the naming of a supersonic heavy bomber (Tu-160) after him, despite some protests by Russian aviators that Sikorsky’s main accomplishments were as an American.  Flying Magazine named Igor Sikorsky #12 on its list of 51 Heroes of Aviation in 2013, and he also leaves 2 books written about religious philosophy. as well as an autobiography.

Igor Sikorsky certainly rates as an extremely important part of aviation history, and proved himself a resourceful businessman and teacher as well.  My many flights in Sikorsky helicopters (CH-53) resulted in a happy landing each time.  Thanks Igor!

Question for students (and subscribers): Have you ever been in a helicopter?  Please let us know in the comments section below this article.