On May 24, 1626, Peter Minuit, Director of New Netherland, bought the island of Manhattan (in modern day New York City) from Native-Americans for goods valued at 60 guilders, the equivalent of $24.  That was a bargain!  Of course, there is the strong possibility that the sellers were not the owners anyway, so they basically got something for nothing, not a bad deal either.  History is full of remarkably good bargains. Here we list 10 of them.  What bargains do you think are bodacious?

As described above, this purchase was quite a bargain.  Considering the circumstances in their entirety, this has to make the list, but not rank higher than #10.

The break-up of the telephone monopoly (ATT, also known as “Ma Bell”) in 1984 created competition among various long distance companies making long distance calls cheap, whereas they had previously been quite costly.  Advances in technology such as coaxial cable (1940’s) and satellites (1960’s) also contributed to making long distance no more costly than local calls (to the phone companies).  Most customers have unlimited long distance on their phones at small additional charge, instead of the old price per minute that could make a 10 minute call cost several dollars or more. 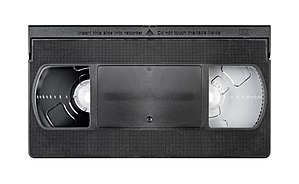 When home video first became an option to replace home movies such as 8mm and Super 8, the consoles were beastly expensive, with the Sony Betamax going for $2295 (1975) and the RCA VHS (1976) undercutting that with a $999 price tag. Prices have steadily gone down, and now the cheapest VHS and DVD players can cost as little as $39.

This law allowed a head of a household at least 21 years old that had not taken up arms against the US government to file an application for 160 acres of Federal land for a fee of $18.  The person making the application could be male or female, and freed slaves were eligible for the program.  The applicant was required to live on the land for at least 5 years and make improvements upon it, mainly by farming.  You may be surprised to know that this program continued (with modifications) until 1976, except in Alaska where it continued until 1986.

Starting out as an inexpensive car the Model T got cheaper as manufacturing efficiencies improved, to the point where one could be bought for only about $250 in the mid-1920’s.  Considering the average guy working in a factory made about $25 per week, it took only 10 weeks to earn enough for a brand new car.  In 2013 the average cost of a new car in the US was $31,000.  With an average household income of around $50,000, it would take well over 6 months to buy a car today, making the Model T one heck of a deal.

In 1919 Ruth hit a major league record 29 home runs and pitched his was to an 8-5 record as well.  He had previously had a 24 win season (pitching) and was a fan sensation.  The Red Sox owner sold Ruth to the Yankees for $100,000 and a loan of $350,000.  Ruth continued to be such an attraction that the Yankees were able to build a new stadium and became the most successful team in major league baseball.  The purchase of the Babe’s contract paid off immediately as Ruth hit a new record 54 home runs in his first year as a Yankee (1920) and won all 5 games he pitched as well.  The Yankee’s attendance was an all time (at that time) major league record 1.2 million.

Purchased from Russia for $7.2 million this bargain came out to only 2 cents per acre.  About $121 million in today’s dollars, Alaska has been a gold mine for the US.  Really, a gold mine, with a gold rush of its own from 1896 to 1899.  Producing a huge amount of America’s energy (oil and natural gas) as well as minerals and seafood, Alaska is also a favorite tourist destination.  Although bought from the Russians, the Native-Alaskans had no say in the sale.

The young United States bought 828,000 square miles from France for $15 million, translating into 4 cents per acre.  Even then, that was one heck of a bargain. Bodacious even!  In today’s dollars, that is still only 42 cents and acre.  Stretching from Louisiana to Montana, the purchase doubled the size of the United States.  France was facing other problems at the time, war with England, revolt in Haiti, and did not want to worry about territory they could not physically occupy or defend anyway.