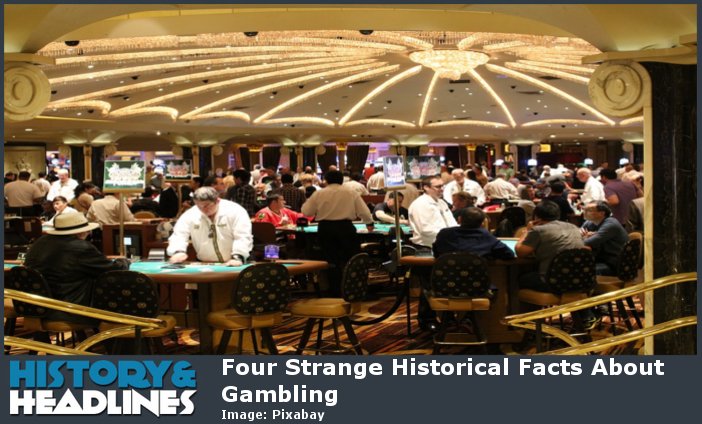 Gambling is one of the oldest vices in the world. We probably should not even call it a vice – it is a hobby, and one that is enjoyed by millions of people all over the planet – but for as long as it is existed, there have been as many people opposed to it as there have who’ve partaken in it. Depending on where in the world you are as you read these words, you might be free to take part in it whenever you please, or you might face the prospect of prison time for placing a single wager. For many people, it is still a controversial topic!

In the 21st century, the practice of gambling has changed a lot. You no longer need to go out of the house to place a bet. The existence of online slots has meant that anyone can turn a corner of their room into their own private casino. When the best online slots became mobile slots, people could take that personal casino with them wherever they went. If you could go back to ancient Mesopotamia five thousand years ago and try to explain the concept of online slots to them they would probably assume you were insane, but they started the whole trend with a six-sided dice game that, sadly, we do not know the rules of.

While the secrets of that gambling game from the Paleolithic period may be lost to history, there are still plenty of unusual and interesting historical gambling facts we’re able to give to you – so here are four of our favorites!

You all probably know the story of King Henry VIII of England and his attitude toward marriage. He was married seven times in total and ended two of his marriages by beheading his wife. If you want to know what order they went in, the common way of remembering it is through the rhyming phrase ‘divorced, beheaded, died, divorced, beheaded, survived.’ Understandably his marital exploits are the headline when it comes to important things to know about the Tudor king, but if it were not for those, we might all take more interest in his enormous gambling habit. Henry was known to be resentful of the duties that came with being king and preferred to spend his nights drinking, dancing, and playing cards for money. Unfortunately for him, he was terrible at it. His worst loss came when he bet the ownership of the bells of St. Paul’s Church that he could beat Sir Miles Partridge in a dice rolling game. Inevitably he lost, and the public was furious. We admire Sir Miles’ bravery – we are not sure we would be happy to take gambling victories from a man with a penchant for decapitating people who displeased him.

They Were A Law Unto Themselves

Some of you may have seen the Martin Scorsese film Casino.  If you have, you have probably never stopped having nightmares about the notorious scene in which Joe Pesci’s character traps an enemy’s head in a vice, and begins to squeeze. While we do not know that any casino ever went quite that far, we do know that they were brutal in their treatment of cheats in the past. Back in the 1950s and 60s, several casinos in Las Vegas were under the direct control of the mafia. Stealing from the mafia is a very bad idea. Cheats were often thrown out into the night with broken fingers and a broken kneecap, and sometimes they never made it out of the casino at all. There is a record of a blackjack cheat being found outside the Binion’s Horseshoe casino with a ruptured kidney, and another who spent three days chained to a wall in the basement for stealing chips. Do not cheat inside casinos. If you do, cross your fingers that the premises call the police instead of handling it themselves.

America’s attitude toward gambling is complicated from a historical perspective. It has been banned, allowed, partially allowed, banned again, and then opened up to the whole country. Back in the 1930s, it was most definitely banned in California, but that did not stop gamblers in the state having a good time. All they had to do was take a short three-mile trip out into international waters and climb aboard the SS Rex, owned and operated by notorious criminal Anthony Cornero. Technically speaking, the police could not touch Cornero’s operation because it was outside their jurisdiction. There was moral outrage in California – especially in the Santa Monica area closest to the ship – and the police felt compelled to act. They performed two completely illegal raids on the ship, and on the second one, they tossed all of its gambling equipment overboard, ending everyone’s fun. At the time, there were more than two thousand gamblers on board enjoying casino games and fine dining. Ten years after the Rex was raided, Cornero moved to Las Vegas and opened the Stardust Hotel.

Gambling May Have Paid For The Great Wall Of China

There is a historical document known as the ‘Chinese Book of Songs‘ that may show evidence of the world’s first-ever organized state lottery. Within the book, there are several references to ‘drawing of wood,’ which has been taken as a reference to small wooden tiles that have been dug up by archaeologists working in various locations throughout the country. Experts and researchers have also found keno slips that are approximately 2200 years old, and indicate the existence of a wide-spread, organized lottery, which is around the time that the Great Wall of China was built, and so some historians believe that it is possible that the money raised by the lottery paid for the cost of creating the wall. This idea has been repeated over time. Both Yale and Harvard were built using funds raised through public lotteries, and public lottery money continues to fund many major building projects around the world today.

Gambling is never going to go away. It has changed and evolved over the centuries just as the human race has, but it is a habit that is as old as time, and we suspect that it will be around for as long as there are people alive who are willing to gamble. That means you have no reason to feel guilty about taking part in it, and remember – no matter how bad your losses are, you are probably still not as terrible at it as Henry VIII!

Question for students (and subscribers): Do you know of any other fascinating facts in the history of gambling?  Please let us know in the comments section below this article.

The featured image in this article, a photograph by Linda72, is licensed under the Pixabay License.