On May 7, 1999, the United States accidentally killed 3 Chinese embassy employees and wounded 20 more when a NATO jet mistakenly bombed the Chinese embassy in Belgrade, Yugoslavia. Since explosives have been used in warfare, people have accidentally blown up the wrong target, often killing unintended victims. Here are 10 of these more interesting cases (there are many, many cases indeed).  (Note: While Pope Francis dropped an accidental “F-bomb” in March of 2014, those kind of bombs do not count!) 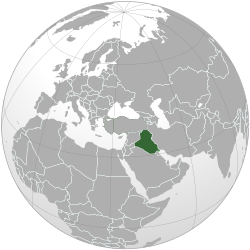 In February of 2014 it was reported a terrorist instructor teaching suicide bombers how to use explosives accidentally blew up himself and the class, eliminating 21 rookie terrorists and one incompetent instructor.

A US Air Force B-47 Stratojet bomber accidentally dropped a hydrogen bomb on the unsuspecting town when a crew member accidentally grabbed a release handle and a safety pin was not properly engaged. The nuclear core of the bomb was stored separately, as the practice is to only assemble the core just prior to dropping the bombs on purpose, but the 7600 pounds of regular explosives did detonate, creating a huge explosion and crater, destroying a house and injuring several people. As nuclear bombs have been accidentally dropped several times, this incident will represent all of them.

During a practice bombing training mission 2 B-17 bombers apparently got lost and bombed a house in Nebraska, putting a 1000 pound bomb through the roof at 4 am! Luckily, the bomb was not equipped with high explosives and nobody was killed. What a wake up! In 2013 a similar incident happened when an Air National Guard jet dropped a practice bomb on a Baltimore bar parking lot, fortunately damaging only the parking lot. You never know when someone will drop something on you!

Luftwaffe aircraft drop 60 bombs on the German border city of Freiburg, killing 57 people. Freiburg’s location near the border made it vulnerable to this sort of mistake.

Showing that accidental bombings are still happening, and that former President George W. Bush’s hope that “Man and fish can live together in peace” (more like pieces!), the US bombed the ecologically fragile Great Barrier Reef off Australia. Australia’s Gizmodo website said of the US, “How about we bomb your national-goddamn-treasures and see how you like it?” 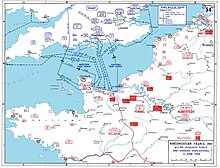 In the attempt to break out of the Normandy beachheads the allies tried to use their heavy bombers to blast the German defenses enabling allied troops to advance. Unfortunately, many bombs fell on US, Canadian, and Polish troops, killing hundreds of allied soldiers. A second attempt at bombing the German defenders, more allied troop killed. Ironically, the Germans had pulled back somewhat and were not greatly affected by the bombing.

Finding there targets in Germany obscured by heavy clouds, US heavy bombers followed procedure and attempted to find alternate targets. Unfortunately, those alternate targets turned out to be the Dutch cities of Nijmegen, Arnhem, Enschede and Deventer. About 800 people were killed and thousands wounded, with the center of Nijmegen, Holland’s oldest city pretty much destroyed. 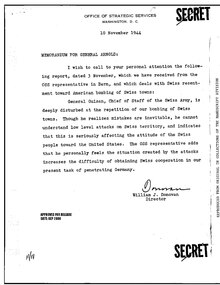 With World War II almost over 6 US B-24 Liberator bombers intending to bomb Aschaffenburg, Germany got misdirected in poor weather and accidentally dropped 25 tons of bombs on the neutral Swiss city, killing 5 Swiss civilians. The officers in the lead bomber were prosecuted at court martial in possibly the first ever prosecution for a “friendly fire” incident. The US would not conduct another such court martial until 1994 during the Yugoslavia crisis. Interestingly, the presiding officer at the court martial was Jimmy Stewart, the famous actor. After having equipment malfunctions and electronic jamming of navigation aids by the Germans, the crew thought they were over Freiburg (see #7) when they bombed Zurich. All officers were found not guilty.

Attempting to bomb British airfields at night, German bombers accidentally hit a residential area of London destroying some houses and causing fatalities. In retaliation, Churchill ordered Berlin bombed the next night and the gates were open for war against civilians. Both sides engaged in bombing of residential areas after that, causing hundreds of thousands of civilian deaths before the war was over. All because of a few bombers slightly off course.

Talked about in more detail in our May 3 article, the RAF attacked and sand the passenger ships Cap Arcona and Deutschland and the freighter Thielbeck killing thousands of prisoners carried by those ships. Germany claimed the ships had their smokestacks (funnels) painted white with large red crosses painted on them.

Question for students (and subscribers): Which incidents would you include? Were all of these actually mistakes?  Please let us know in the comments section below this article.

Lindqvist, Sven and Linda Haverty Rugg. A History of Bombing. The New Press, 2003.