On May 6, 2013, only one year ago today 3 Cleveland women who had been kidnapped got their first taste of freedom in nearly a decade!  One of the women’s first-hand accounts of the experiences arrives in bookstores today!

Ariel Castro born in Puerto Rico in 1960 and ending up in Cleveland where he went to high school and settled down with his own family in the 1980’s.

Castro was not an ideal family man and was accused of frequently beating his common-law wife, who by 1996 had had enough and left him, gaining custody of their children. Castro’s ex-wife again filed domestic violence charges against him in 2005, which only resulted in a restraining order against him. (The ex-wife died in 2012 of a brain tumor.)

Castro was an unreliable worker while employed as a bus driver and was fired for his erratic behavior. He also failed to pay real estate taxes causing his house to be placed in foreclosure. While leading this irresponsible and cracked life, Castro went to new depths of depravity in 2002 when he kidnapped his first victim, a 21 year old single mother. 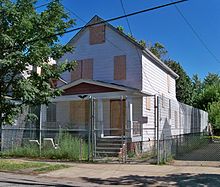 Castro captured his next victim in the same manner, offering a 16 year old girl a ride, a ride into hell that is! His third victim, age 14, fell victim to the same strategy when she made the mistake of accepting a ride from Castro in 2004.

2004 FBI sketch of a suspect in DeJesus’ disappearance

Meanwhile, Castro had kept all three girls captive in a house of horrors, repeatedly raping the young women and dealing with pregnancy by beating them into miscarriages! Keeping them locked up and abusing them physically and psychologically, Castro allowed one to carry a baby full term and give birth to a daughter. This child Castro sometimes took out in public and told family members she was the daughter of a girlfriend. At one point, to punish one of his captives he killed a dog he had given her as a pet.

Berry, DeJesus, and Knight prior to their abductions

On the fateful day of May 6, 2013 after a decade of being kept prisoner, one of the girls noticed that Castro had failed to lock and interior door, although he had locked the exterior door. Terrified that breaking the exterior door would be evidence of “misbehavior” and elicit punishment from Castro, the sex-slave screamed for help, and was fortunately heard by a passerby. One neighbor came to the outside of the door but failed to understand the pleas for help because he did not speak English. Thankfully, another man that came to the door did, and promptly broke down the door, freeing the young woman.

Police were called and when they entered the house they found the other 2 captives and the long mystery of each of the three girl’s disappearance was finally solved. Castro was arrested and the sordid details of his horror movie like depravity were made public. Eventually pleading guilty to 937 charges, Castro was given life sentences and other sentences of up to 1000 years. Incredibly, he claimed at sentencing to be “a good person” and “not a monster.” He claimed the sex had been consensual and that the 4 of them (plus the baby) had “harmony going on in that home.”

As hard as it is to believe that something so terrible could be going on in a residential neighborhood undetected for over 10 years, it did happen in the Tremont neighborhood of Cleveland. The next time you watch a horror movie where some sick psycho keeps girls captive as sex slaves, remember Ariel Castro and three Cleveland women with a decade of hell stolen from them. Question for students (and subscribers): Do you live next door to another Ariel Castro? How do you know?  Please let us know in the comments section below this article.

Burford, Michelle and Michelle Knight.  Finding Me: A Decade of Darkness, a Life Reclaimed: A Memoir of the Cleveland Kidnappings.  Hachette Books, 2014.