On May 2, 1863, the Confederate States of America lost their best or second best general, because they shot him!

The not so United States engaged in a titanic Civil War between the Federal Government (Union) and the secessionist Confederate (Southern) states.

At the battle of Chancellorsville General Thomas “Stonewall” Jackson was reentering his own lines when pickets (sentries) mistook him for a “yankee” and shot him in the arm. Jackson’s arm had to be amputated, and as so often in those days, pneumonia set in and Jackson died 8 days later, robbing Robert E. Lee of his most trusted subordinate.

Jackson, called by Lee “my right arm” was an able commander and cavalry leader, a West Point graduate and had been a teacher at Virginia Military Institute (VMI).  Fact: Jackson was under the apparently erroneous impression that one of his arms was longer than the other (or you could say one was shorter) so he often held that arm above his head to “equalize the blood circulation.”  It has also been theorized that Jackson suffered from Asperger syndrome. Apparently, he was either something of a hypochondriac or he had a variety of physical ailments.

Another fact: Although for a time Jackson owned 6 slaves, he was held in high esteem by African-Americans for his loving care and consideration.  There were even instances when slaves actually asked Jackson to buy them!  Jackson sent his slaves away during the war and does not appear to have been particularly fond of the institution, although he was no abolitionist either.

Yet another aspect: The horse Jackson rode throughout the war was an unimpressive one captured from the Yankees. “Little Sorrel” or “Old Sorrel” was buried near a Jackson monument at VMI and his hide was mounted and is on display there.

It has been theorized by military historians that Lee’s forces could have won at Gettysburg had Jackson survived to provide his leadership and understanding of Lee’s intention, something that was lost on some of the other Confederate commanders.  A US Navy submarine was named after Jackson, as was a World War II Liberty ship and the British version of the M36 Tank Destroyer. 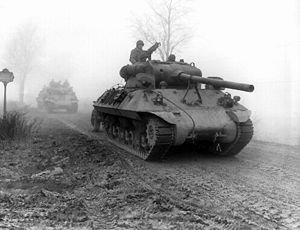 Jackson’s history just keeps coming!  In 1921 during field training the great Marine, Gen. Smedley Butler (2 Medals of Honor) was told Jackson’s arm was buried on the field, which Butler disbelieved. Butler had the wooden box dug up and sure enough, there was Jackson’s amputated arm. Butler had the arm encased in a metal box and reburied with a plaque on the stone marker.  Oh, and Jackson’s picture appeared on the 1864 confederate $500 bill.

This great old soldier is gone but not forgotten, depicted in many books and films.  Jackson’s experience with “friendly fire” confirms the military saying, “There is no such thing as friendly fire.”