10 More Things That did not Exist When I Was Born

On May 16, 1960, a scientist at Hughes Research Laboratories in California, Theodore Maiman, operated the world’s first optical laser, a red (ruby) coherent light beam. We have published 2 articles about lasers (“November 14, 1967: The LASER is Patented” and “March 22, 1960: When Were Lasers Invented?“) and another article titled “Things That Did Not Exist (Or Were Different) on July 1, 1957” and today we list another 10 things that were not around when this author was born. (January 1957.)

Although rudimentary efforts to construct some sort of electronic video game were made as early as the 1940’s, it was not until Atari released Pong in 1972 that video games became something the public could actually buy and use. In 1971, a coin operated game called Computer Space became the first arcade video game. What did kids do for entertainment before the 1970’s, you may ask? They played board games such as Monopoly and Risk, and spent time outdoors throwing baseballs and footballs, that’s what! Playing cops and robbers, cowboys and Indians, Hide and go Seek, Red Rover and all sorts of physical exercise was considered fun and entertaining. If Darwin was correct about evolution, we may see people in the future with highly evolved fingers for manipulating joysticks and controllers and withered legs that only have to transport a person from the video game to the refrigerator and back. We hope not! 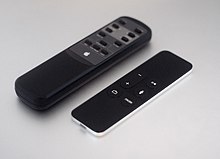 Back in the 1950’s and 1960’s as television became a household necessity, you had to physically get up and turn the knob to change channels (one of 3 in most markets). If you were lucky, you had a boy or girl you could order to change the channel for you, not only a great convenience, but in those days changing the channel often meant having to play games moving the “rabbit ears” antenna around to get the best reception, or turning the fine-tuning dial, and having the kid do it for you was probably great. I really would not know how great it was, because I was the one doing all the channel changing and antenna manipulation! For that matter, there was no cable television, either, and even UHF stations were not all that prevalent, with many televisions not even having the capability of receiving UHF broadcasts.  Note: Primitive and unreliable versions of television remote controls were invented, including wire connected devices and photo-electric units that had a hard time distinguishing between the remote and other lights as early as 1950, but these gimmicks were not widespread and not commonly available until improved types of television remote controls emerged in the 1970’s and became available to the general public.

This stuff did not come around until 1969, a form of stretched out Teflon (PTFE) that is waterproof to liquid water but allows water vapor to pass, making lightweight waterproof membranes for clothing and shoes/boots possible. No more would people have to sweat under rubber or plastic types of rain gear, or suffer from wet feet, unless they were willing to wear the heavy and unwieldy rubber boots that were so common back in the day. Now hunters, fishermen, and all outdoorsy types can enjoy light clothing that also repels rain and keeps their feet dry to boot (pun intended!). Many manufacturers now make the stuff, so inexpensive generic varieties are readily available for virtually any consumer.

Can you believe World Series baseball games were never played at night until 1971? Yep! We had to rush home from school to catch the remainder of the games if we were baseball fans. Television and the mass of revenue that came with it turned all that around, and now the games are played during prime time for maximum revenue. That first World Series night game was Game 4 played by the Pittsburgh Pirates and Baltimore Orioles in Pittsburgh at Three Rivers Stadium, with the Pirates winning the game 4-3. 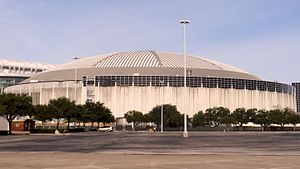 The Harris County Domed Stadium opened in 1965, in time for the 1965 baseball season in which the first ever major league baseball game was played indoors on April 9, 1965. Later named the Astrodome and the team named the Astros (originally called the Houston Colt 45’s, yes, after the pistols!) that first enclosed stadium was a failure at growing grass, and led to the invention of, you guessed it, Astroturf! Despite the craze of building domed stadiums that followed, today only one MLB stadium has a permanent dome (Tampa Bay) and 4 others have retractable domes. The NFL has 8 teams that play under a dome or a retractable dome. For fun, look up old videos of NFL games played in arctic conditions and tons of snow to realize what you are missing today!

Those teams were the Montreal Canadiens, the Toronto Maple Leafs, the Chicago Black Hawks, the New York Rangers, the Detroit Red Wings and the Boston Bruins. Oh, and only 8 teams in the NBA (Boston Celtics, Syracuse Nationals, Philadelphia Warriors, New York Knicks, St. Louis Hawks, Detroit Pistons, Cincinnati Royals, Minneapolis Lakers). Note how the West Coast was devoid of major league teams from Baseball, Basketball and Hockey! At least among the 12 NFL teams there were the San Francisco 49’rs and Los Angeles Rams (formerly Cleveland Rams). Major league baseball had only 8 teams in each league (American and National), and no teams were farther West than Kansas City and St. Louis! Wow have job opportunities in professional sports gone up. We have Arena Football and Canadian Football League (founded 1958) and professional soccer as well as our 31 NHL hockey teams, 32 NFL football teams, 30 Major League Baseball teams, and 30 NBA basketball teams. What a difference a few decades make.

Back in the dark days of 1957 there was Disneyland in California since 1955, but no such thing as Walt Disney World (1971) or EPCOT Center in Florida (now just Epcot). Disneyland Paris (originally Euro Disney Resort) did not make the scene until 1992. What did Europeans do for entertainment? While there were plenty of other amusement parks across the country, there were no SeaWorld parks until 1964. The days of the mega-resorts and massive amusement parks are definitely NOW and not then, so enjoy them while you can (if you can afford the frightening cost!).

Established in 1972, Carnival Corporation owns 10 cruise line names with a combined fleet of 100 ships, almost 50% of the entire world’s cruise liner fleet! They even own the venerable Cunard Line, and their famous Queen Elizabeth, Queen Mary 2 and Queen Victoria liners. Someday, perhaps soon, we will be writing an article about how when we were kids there was no such thing as Space Cruises for vacation!

Despite visionaries such as Jules Verne that predicted space travel, no person had ever been in orbital flight around the Earth until Soviet Cosmonaut Yuri Gagarin blasted off in 1961 and returned safely to Earth after becoming the first human to enter outer space (defined as roughly 100 kilometers or 62 miles above the surface of the Earth) and the first person to orbit the Earth. This was a BIG DEAL in those days, since the Soviets beat the Americans into space, with the first 2 American space flights a month later being suborbital and not until John Glenn in 1962 did an American astronaut orbit the Earth. Of course, the US beat the Soviets to the Moon (1969) and to this day, only Americans have walked on the Moon (and Michael Jackson did the “moonwalk” so take that, you Soviets!).

The AR-15 and M-16 family of rifles had their origin on the designer’s drawing boards in 1956 but were not first manufactured until 1959 in their earliest form. Today there are close to 4 million privately owned AR-15 type rifles in the hands of American civilians, almost half of all those type weapons that have been produced. You might find it interesting to note that the murder rate in the US in 1960 was 5.1 murders per 100,000 population, whereas from 2000 to 2015 the US murder rate was 5.0 or less each year despite the incredible increase in the amount of guns in the US (now more guns than people) and the massive popularity of the AR style rifle (and other “assault weapon” military looking guns that are not really “assault weapons”). A slight uptick in the US murder rate in 2016 (5.3 murders per 100,000 people) has been blamed by some on the chilling effect cop bashing has had on law enforcement.  For that matter, the M-14 rifle was not manufactured until 1959, either.

Bonus: (For Catholics): Mass was said in Latin until 1964 when the Church decided it was ok to use the local vernacular (language). And of course, Catholics did not eat meat on Fridays back then, since in 1983 it became acceptable to forgo some other food or vice on Friday to substitute for the abstention from eating meat. In 1983 the requirement for females to wear a veil or some sort of head covering while in church was also relaxed.

Question for students (and subscribers): Were you born before 1960?  Please let us know in the comments section below this article.

Gould, William. Grandpa, Were You Young Once?: A look at who we were, what we did, what we learned and how times have changed for our grandkids.   CreateSpace, 2012.