March 15, 44 BC: “Beware the Ides of March!” and other Common Latin Phrases On March 15, 44 BC, the Dictator of the Roman Republic (contrary to popular belief, he was not the Emperor, as that post did not exist at this time), Gaius Julius Caesar, was assassinated by Roman senators and political rivals (as many as 60 of them!), brutally stabbed to death. Prior to his assassination, Caesar is said to have been warned by a seer that he would be assassinated not later than “The Ides of March,” what the Romans called March 15th. Since then, we have frequently heard the cautionary phrase, “Beware the Ides of March,” and now you know where that phrase comes from. Today we will discuss a few other common Latin phrases or terms in widespread use to this day. As Latin was once the universal language (especially of the Christian Church), it became widely known among learned people even though its use faded away as a regular public language. 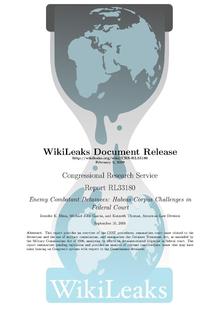 Our legal language is replete with Latin phrases, such as Habeas Corpus, meaning “you have the body” in Latin, but meaning a person shall not be held without being charged with a crime in American law. Other common Latin legal terms include ad hominem (“at the person” or attacking a person’s character rather than the person’s actions or argument), affidavit (“he has sworn,” a sworn legal statement), amicus curiae (“friend of the court,” a person that offers expert information or assistance to a court proceeding), ante mortem and post mortem (before and after death), compos mentis (“in command of one’s mind” or meaning sane, while putting the word “non” in front means not sane), corpus delicti (“the body of the crime,” a term meaning the proof that a crime was committed, as you cannot prosecute someone without proof of a crime), duces tecum (“bring with you,” an order to bring an object or document to court with you), ex officio (“from the office,” meaning coming from the position of power or office of a person), ex post facto (“from a thing done afterward” or after the fact), in camera (“in the chamber” meaning in private), in curia (“in court” or in the open), en flagrante delicto (“in flaming offense” or in the act, a smoking gun so to speak), in absentia (“not present” such as a trial or ruling made without the accused present), in loco parentis (“in the place of parents” or someone acting as a parent or guardian, often temporary such as a school teacher or baby sitter), in situ (“in position” usually meaning letting a prior court ruling stand), locus delicti (“place of the crime” or where it occurred, scene of the crime), mandamus (“we command” as in a court order from a higher court to a lower court), posse comitatus (“power of the county” or the legal right of citizens to band together to enforce the law or keep the peace by force of arms, or pursue a fugitive, often used by “freemen” or militia groups to justify their armed activities), pro bono (“for the good” a lawyer or other expert working for free on a case), pro tempore (“for the time being” or temporary), res judicata (“a matter judged” meaning a case that has reached the end of its appeals and other processes and is final), subpoena (“under penalty,” a writ commanding a person appear in court, testify, or produce evidence), volenti non fit injuria (“injury is not done to the willing” meaning a person that willingly participates in the injurious activity knowing injury is likely, the person causing the injury is not criminally liable, such as in sado-masochistic relationships), and so many more that you would need several more pages to read all of them! What are some of your favorite Latin legal phrases? 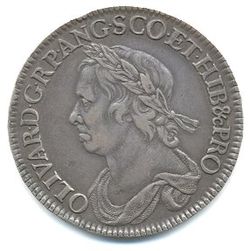 We use foreign phrases and words to create a certain economy of language or to create a certain desired nuance to our writing or speaking, and some of those hand Latin words and phrases (including abbreviations) include et cetera (“etc.” and other things, or so on and so forth), et alii (“et al” and others), id est (“i.e.” or that is), and ibidem (“ibid.” or in the same place, meaning previously mentioned or cited). Other literary devices such as analogies and metaphors using Latin phrases include jacta alia est (“the die is cast” meaning events have been put in motion that cannot now be changed), quid pro quo (“this for that” meaning a trade or swap), ex post facto (“after the fact” or something that occurred later, also a legal term), status quo (“the state in which” meaning the current situation or status of a relationship of people or things), sub rosa (done in secret), ad nauseum (“to seasickness” meaning to the point of disgust or tedium), ante bellum (“before the war,” usually meaning the period before the US Civil War), antediluvian (“before the flood” referring to the Biblical flood survived by Noah, et al.), Pax Britannica or Pax Americana (a peace enforced by power of arms by a powerful country or empire), alma mater (“nourishing mother” usually referring to the school one attended or graduated from), canis canem edit (“dog eats dog” meaning a situation where everyone is out for themselves, a threat to everyone else), carpe diem (“seize the day” which can be modified to include other advice, such as carpe beer, carpe pizza, you get the idea!), in vino veritas (“in wine there is truth” meaning drunk people are saying what they really think or believe), caveat emptor (“let the buyer beware” meaning you are buying something “as is” and without any sort of assurance or guarantee, indicating caution is appropriate), cogito ergo sum (“I think, therefore I am” meaning you really exist if you think you do, a philosophy from Descartes), coitus interruptus (“interrupted congress” applied to stopping sexual intercourse before ejaculation, often a birth control technique but a phrase that can be twisted to mean another activity inconveniently interrupted), de facto (“by deed” meaning the way things really are instead of the way they are supposed to be or said to be, such as Dick Cheney being the de facto President instead of George W. Bush), and like legal terms, these other commonly used Latin words and phrases could fill many pages. Again, what are some of your favorites?

Who has not noticed the words, “Ars gratia artis” when watching the MGM lion roar at us before a motion picture? It means “art for art’s sake.” Many businesses, states, countries, ships, organizations and others choose Latin sayings as their motto or slogan. E Pluribus Unum (“from many, one”) is found on American money, interpreted as being “One from many” by us meaning one country from many states. When I spent 7 months on an all expenses paid ocean cruise on the USS Saipan LHA-2 I noticed the official motto of the ship was “Omnia Facimus” meaning “We do it all,” a reference to the remarkable capabilities of a ship that could land Marines and their vehicles and equipment by helicopter, landing craft, carry Harrier jump jets and provide 5 inch naval gunfire in support of a landing. Other ships have equally catchy Latin mottos. Czechoslovakia had “Veritas vincit” (“truth prevails”) as their motto, but when the country broke into smaller countries in 1993, the Czech Republic chose to say the same thing, but in Czech (“Pravda vitezi”). Fully one half of our 50 states have a Latin motto, or an English motto mirrored by its Latin counterpart. Our favorites include Virginia’s “Sic semper tyrannis” (“thus always to tyrants”) and New York’s “Excelsior” (“Ever upward”). The finest fighting force in the world, now and throughout History, the United States Marine Corps, has perhaps the most famous Latin motto of any military force, “Semper fidelis” (“Always faithful”), often seen abbreviated to “Semper fi.” Once again, we invite you to list your favorite Latin mottos or slogans to share with our other readers.

Question for students (and subscribers): What is your favorite common Latin phrase?  Please let us know in the comments section below this article.