On June 28, 1987, Saddam Hussein’s Iraqi Air Force became the first military force in history to purposely target civilians with chemical weapons when they attacked the town of Sardasht, Iran with “mustard” gas.

Iraq was at war with Iran at the time, a particularly nasty affair.  Additionally, the people of Sardasht (perhaps 20,000) were Kurds, an ethnic group that also lives in Iraq and Turkey and has been clamoring for an independent country of their own.  Thus, the ruthless regime of Saddam Hussein could kill 2 birds with 1 stone so to speak, by attacking the Kurds.

When the bombs fell on 4 residential neighborhoods, they did not explode like normal bombs, at first making the people think they were duds.  Then the mustard gas issued forth upon the unprepared and unsuspecting population.  About 8000 people were exposed, and about 4500 of those needed treatment for chemical burns and injured lungs.

The so called mustard gas is what is called a blistering agent, leaving large blisters on the skin and terribly irritating body openings such as ear, nose, throat and eyes, but especially lungs.  A victim that gets heavy exposure to the agent may drown in his own bodily fluids as his lungs blister.  Additionally, although only about  5% or can be expected to die, the rest of the people may well become ill enough to be disabled temporarily or their health may be impaired for the rest of their lives.

The gas is a compound of disulfer dichloride or sulfer dichloride or other chemicals, and was first developed and used by Germany during World War I.  The advantage of mustard gas is that a gas mask will protect the lungs, but any exposed skin may be injured.  The name comes from the liquid form of the “mustard” mixture of chemicals, it is a yellowish brown and it smells like mustard or horseradish.

The use of poison gas and other chemicals, including mustard, was outlawed by the Geneva Protocol of 1925, and the production and stockpiling, as well as use was again outlawed by the 1993 Chemical Weapons Convention.  Apparently Mr. Hussein did not care for the international law.

Mustard is also a “persistent” weapon, one that does not rapidly breakdown and remains toxic for decades.  The US, The UK, Germany and other countries have over the years disposed of excess mustard weapons and stockpiles in environmentally unsafe ways, by burying without proper documentation and protection or by dumping in the ocean.  Farmers in Europe have plowed up ground contaminated by mustard from World War I and been injured, and fishermen and other people have encountered it accidentally while fishing or excavating.  The US has disposed of it and other chemical weapons in recent years by incineration. 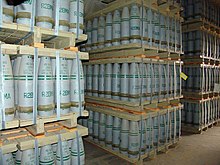 At Sardasht, at least 130 people died from the gas attack, and it is unknown how many others suffer from long term or permanent health problems, but it is likely to be hundreds.  Of course, there are likely to be traces of the toxin in the area attacked, just waiting to hurt someone.  Aside from the burning and blistering, mustard also causes cancer and genetic mutation.

Chemical weapons are a diabolical way of attacking an enemy, let alone civilians and deserve to be banned.  With Syria and other rogue nations maintaining stockpiles, it is probably a matter of time before the chemical weapons are used again.

Question for students (and subscribers): Is there any scenario in which the use of chemical weapons could be justifiable?  Please let us know in the comments section below this article.