Tuesday, August 4
Trending
You are at:Home»Society»Crime»10 Atrocities Committed by the “Good Guys”

On June 28, 1950, the South Korean government, democratically elected allies of the United States and other Western allies, committed a massacre of suspected communist sympathizers in what is known as The Bodo League Massacre.  Somewhere between 100,000 and 200,000 people are believed to have been executed, including girls as young as 12 or 13.  Sometimes the so called “good guys” do things that are not so good.  Any side is quick to point out the atrocities committed by the other side, but unlikely to acknowledge their own indiscretions.  Here, for a change, we list 10 instances when we (the Western World) or our allies committed atrocities.  Which incidents would you add to the list?  (Hint:  There are a lot!)

During the US Civil War, both sides kept prisoners of war in horrible conditions, resulting in the starvation or near starvation of thousands of prisoners, and many more deaths from disease.  The horrors experienced by prisoners at Andersonville or Camp Douglas were similar to those in German, Japanese or Soviet prisoner of war camps during World War II, with death rates from 20 to 35% (depending on your source).  The central governments just did not provided the people that ran the camps with proper funding to care for the overcrowded prisoners. 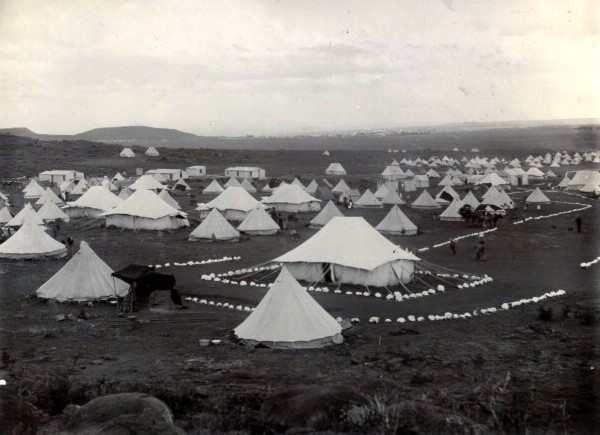 The UK during the Boer War constructed several dozen concentration camps to hold combatant and non-combatant prisoners, both Caucasian Boers (of Dutch descent) and Native Africans (Zulus).  Of the 107,000 or so Boers so incarcerated, over 27,000 died in British captivity under horrible conditions.  An unknown number of black Africans were held and died as well.

Both the US and Canadian forces landing at Normandy on D-Day are believed to have followed implied instructions to not bother taking prisoners, killing the surrendering German troops in cold blood.  An example is of  the 130 prisoners taken by US troops at Omaha Beach, only half made it to POW collection areas, the other half presumably executed.  American troops also had orders to kill any snipers that were captured or any SS personnel, especially after the Malmedy massacre of 80 Americans by the SS.

The HMS Baralong, a merchant ship armed as a warship but under disguise known as a Q-Ship murdered the crew of the German U-boat U-27 after the U-27 was sunk by orders of Baralong’s captain.  Another incident when the Baralong sunk U-41 the Baralong was flying the US flag even while firing at the U-41, and then rammed the submarine’s lifeboat full of survivors.  Both incidents were witnessed by Americans.

During the Viet Nam War, US troops were fighting a war that was strange to them, where the enemy and friends looked alike and often did not wear uniforms.  At the village of My Lai the lines got blurred, but not so much that there was any excuse for the slaughter of 350 to 500 civilians, including kids.  Of the soldiers present, 26 were eventually charged with war crimes, but only Lt. William Calley was convicted, serving only 3 ½ years of house arrest.  Aside from the murders, many of the women were raped and mutilated by the Americans.  Additionally, 3 soldiers who refused to partake of the rape and murder and later tried to report the atrocities were shunned and treated miserably by a military desperate to cover up the event. 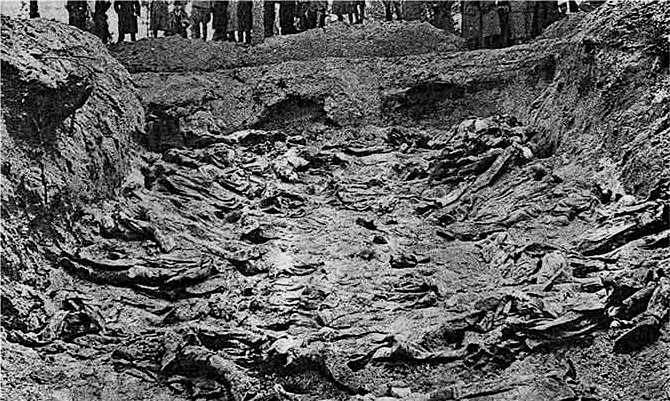 During these years the USSR was an ally of the US and UK, so their extensive war crimes were overlooked.  As many as 90% of German POW’s taken never returned home (depending on when and where they were taken), reprisals against their own people believed to have collaborated with Nazi’s during the German occupation were frequent and large in scale, and the end of the war included rape and pillaging of German cities, especially Berlin with the orders to do so coming from the top.

In the Pacific theater, things were particularly brutal.  The killing of surrendering troops by Americans, especially Marines, was much more common than in Europe.  Actually, taking a prisoner was the rare exception, as the fighting was treated by both sides largely as a “take no prisoners” affair.  It was so bad in the Pacific, that American troops were bribed with offers of ice cream and leave if they captured a live Japanese!  Numerous incidents of US ships and planes shooting at sunken ship survivors occurred, and at least once included shooting up a bunch of American POW’s that had been on a Japanese ship being transported elsewhere.  Even ex-president George H.W. Bush, a torpedo bomber pilot in World War II, has been accused of strafing helpless survivors (fishermen at that) bobbing in the ocean after their boat was sunk.

The bombing of German cities was done because precision bombing of military targets proved too difficult and too costly in terms of aircraft lost, so civilians were targeted.  The British apparently forgot that the Germans had tried the same thing, and had failed to break the will of the British people.  Will or no will, the combined might of these two allied powers bombed German cities mercilessly, killing hundreds of thousands of people directly and indirectly, as well as ruining untold historical treasures.  Of course, the US did the same thing to Japan, and after all, the British sank several Axis hospital ships during World War II as well.

As discussed above, the Bodo League Massacre was indeed a major slaughter of probably mostly innocent lives.  While we are eager to point at the many atrocities of the brutal North Korean communist regime (and there are plenty), we seldom hear about the atrocities committed by South Korea, with the Bodo League Massacre being the worst.  The Sinchon Massacre of October-December 1950 by South Korea also killed another 30,000 (reported by North Korea).

As the US and Western allies approached Japan’s main islands near the end of World War II, the US was eager to show the world its new wonder weapon, the atom bomb.  Show it they did, killing perhaps 100,000 Japanese at Hiroshima and another 30,000 at Nagasaki in a controversial use of nuclear power.  The US claimed the nukes were used to avoid massive casualties from a direct invasion of the Japanese homeland, but critics say that at that point Japan was contained and would quite possibly have surrendered with just a demonstration or negotiations.  We will never know for sure how many lives were saved or wasted, but the debate continues.  Question for students (and subscribers): Did we save or waste lives?  You tell us in the comments section below this article.