10 Celebrities That are (Alleged) Sexual Creeps

On July 17, 2017, the entire world celebrates World Day for International Justice, as it does every July 17th since 2010.  In honor of those creeps that received justice and those that avoided justice for their alleged sexual misdeeds and general creepiness, we list 10 Celebrities That are (Alleged) Sexual Creeps.  Some have been convicted or their actions are well known, others suffer the pain of rumor and innuendo.  You decide which ones deserve to be considered sexual creeps and which are wrongfully accused. 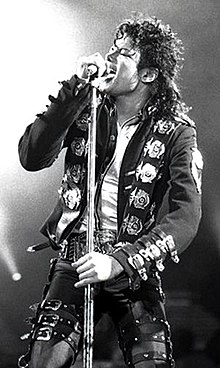 The King of Pop, Jackson was perhaps the most talented performer of his day, singing, dancing and writing his way into the musical hearts of millions of fans.  Unfortunately, he just could not escape the terrible rumors of his being a child molester.  Jackson’s strange plastic surgery molded appearance, child like way of talking, and his estate (“Neverland”) set up to be a child’s dream contributed to his reputation and suggestions of his alleged propensity toward sexual attraction toward young boys.  His trial for child sexual abuse in 2005 was kicked off by a 2002 documentary in which he appeared to be a little too close to a young boy.  On top of this, he had previously been accused of sexual abuse against a minor boy, and police found books with photographs of naked and nearly naked young boys in Jackson’s house, though the books were deemed legal to own.  The 1993 investigation included the accuser correctly describing Jackson’s buttocks and private parts, but no criminal charges were filed.  An out of court settlement was reached in that case, and the 2005 trial resulted in a verdict of “Not guilty.”  Still, many in the public considered Jackson a weirdo and a sex offender, and still do to this day.  Perhaps it is the admission that MJ showered and slept with the kids.  Jackson died in 2009 at the age of 50, apparently while trying to sleep with the aid of an anesthetic. 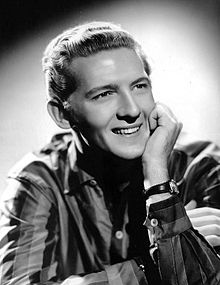 One of the great early pioneers of Rock and Roll, “The Killer” almost sunk his career when he married his 13 year old cousin (Lewis was 23.)  Somehow, Jerry Lee overcame this stigma and reemerged as a “rockabilly” country star, though he had a reputation as a wild and unpredictable goof.  Did we mention the 13 year old bride was Lewis’ 3rd wife?  (And he was still only 23!)  Jerry Lee Lewis went on to have a total of 7 marriages, the 4th and 5th ending in the deaths of his wives, for which rightly or wrongly, he was considered possibly responsible for by conspiracy theorists.  In 1976, the ever erratic Lewis was outside Elvis Presley’s Graceland mansion supposedly with the intent to shoot the King of Rock and Roll!  No wonder people think his cheese done slid offa his cracker! 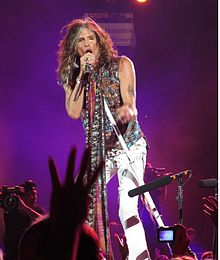 This lead singer of Aerosmith is not only famous for being a drug abuser, but incredibly he talked the parents of a 14 year old girl into making him her guardian so that she could live with him.  Sex, drugs and rock and roll ensued, and by age 17 Tyler had used her up and was done with her.  (Dis-Honorable Mention: Elvis Presley, who had first hooked up with Priscilla when she was 14 and he was 24.  At age 17 Priscilla stayed with Elvis, and then moved in with him while still a high school girl.) 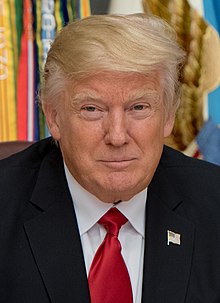 In his capacity as owner of beauty contests, Trump is alleged to barge in on the girls dressing rooms while they are in a state of undress, presumably for his own sexual jollies.  Bad enough that The Donald has been accused of doing this with adult beauty contestants, but he is also accused of doing the same thing at the Miss Teen USA contests by at least 4 contestants that were juveniles at the time.  Described as “creepy,” Trump himself bragged about his access to unclothed contestants of the Miss Universe contest.  Plus, he supposedly cheated on both of his ex-wives prior to marrying the next wife. 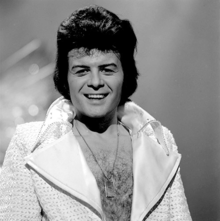 This English Glam rocker, born Paul Francis Gadd in 1944, was nailed for sex offenses in 1997, convicted and jailed for downloading inappropriate images of children in 1999, and upped the sexual creepiness ante in 2006 and 2015 with convictions for child sexual abuse and attempted rape.  Apparently selling 20 million albums was not fulfilling enough for this creep, so he continues to offend the sensibilities of society. 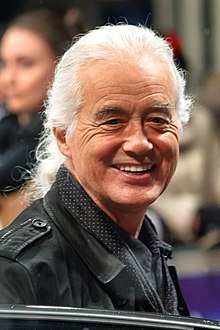 Include this Led Zeppelin rocker only if you find violating the nether regions of a bound and naked groupie with a fish as creepy.  Supposedly using a small shark or pieces of the fish as a penetrator on a female groupie tied up and unable to resist in 1969 while in Seattle.  The sordid tale includes the poor girl slapped with the fish for “disobeying orders” a couple times, though “she didn’t get hurt.”  Page and other members of Led Zeppelin were reputed to carry on wild sexual orgies while on tour.  Tales of oral sex while other band members urinated on the fellatrix were par for the course.  It was, apparently, a wild time indeed.  Page allegedly had a 14 year old girl kidnapped and live as his willing secret lover.  Somehow methinks Jimmy might not be on a Stairway to Heaven.

With 5 batting titles to his credit, a career .328 batting average and 3010 hits, it is no surprise Wade Boggs is in the Hall of Fame.  The surprise came when it was revealed that Boggs was a self-described sex addict, starting with the 1989 lawsuit filed against him by his ex-mistress.  Despite the publicity and admissions by Boggs, his marriage survived the scandal.  (Dis-Honorable Mention: Mike Kekich and Fritz Petersen, New York Yankee pitchers who swapped wives, kids and dogs in 1973, creating quite a buzz in baseball that year.)

Robert Kelly has sold over 40 million albums and is considered perhaps the current King of R&B, but he does have a taste for young flesh.  Not only did he get sued by a woman who claimed Kelly (then 24) had sex with her when she was 15 (he paid $250,000), but he also illegally married singer Aaliyah when she was only 15.  The propensity for hounding underage girls took a creepy turn in 2002 when a video was made public that allegedly showed Kelly urinating on an underage girl and having sex with her.  The furor touched off investigation of Kelly for sexual pictures of minors, and such material was found in his possession, though criminal charges were dropped when the search was ruled illegal.  In another case, Kelly was found not guilty of 14 counts of sexual misconduct.  Maybe no jail for Mr. R, but creepy, creepy!

This upstanding member of the Hollywood community (no sleaze factor there!) was born in Paris, France and is of Polish ethnicity.  His claims to fame are having been married to beautiful actress Sharon Tate, she a victim of the Charles Manson Family murders, and pleading guilty to having sex with a 13 year old when he was 43 years old.  When he found out the judge was going to give him a harsher sentence than that agreed upon in the plea bargain, Polanski got out of the United States and has not returned since, otherwise he would be arrested as a fugitive and sent to prison.  He is now 83 years old and honestly, I am sick of Hollywood types whining about how he is being persecuted by the authorities.  Polanski was sued by his victim in 1988, and by some time after 1996 he finally paid off the agreed settlement.  In 2009 he was arrested in Switzerland at the request of the United States, and again a myriad of Hollywood idiots vociferously defended him.  The Swiss ended up freeing Polanski and refusing extradition.  Interestingly, public opinion in France and Poland are both against Roman Polanski.  On the other hand, he is a pretty good movie director.

Woods seemed well on his way to becoming the greatest professional golfer of all time and to catch or pass Jack Nicklaus in career wins of Major tournaments, when it all came crashing down.  Woods smashed up his car outside his home in 2009, only 2 days after the National Enquirer reported an extramarital affair Woods allegedly had.  That charge was denied by Woods and the woman involved, but apparently Woods’ wife, Elin, was not convinced, and it is widely believed a domestic dispute preceded the wreck of his Cadillac Escalade, perhaps even an attack on Tiger by Elin with a golf club!  (Denied and never proven.)  Woods admitted to multiple extramarital sexual encounters as a bajillion women came out of the ‘woodswork’ (so to speak) to claim they had sex with the handsome golfer.  The volume of accusations crushed Woods’ commercial marketability and Elin soon divorced him, taking the kids to Sweden with her.  Although Woods managed to win 8 tournaments in 2012 and 2013 (combined), he has not won a tournament since and has not won a Major tournament since 2008.  Injuries have taken their toll, and Woods is now 41 years old, nowhere near his once excellence on the golf course.  In 2017 he was arrested for driving under the influence of prescription drugs when he was found passed out in his car in the middle of a traffic lane.

Question for students (and subscribers): Feel free to nominate other “worthy” contenders (except politicians, that is too easy!) to be added to this list in the comments section below this article.