On January 9, 1918, in Southern Arizona near the border with Mexico at a place called Bear Valley, one of the last battles of the American Indian Wars (1540-1924) was fought.   A force of about 30 US Army cavalry soldiers of the 10th Cavalry Regiment shot it out with a force of about 30 Yaqui warriors, making this battle one of the last battles of the American Indian Wars fought between the mainly European settlers of what is now the United States and the Native Americans that originally lived in North America.  Only the Posey War in 1923 in which 2 Native Americans were killed (with no White casualties) in Utah as Ute and Paiute tribes people were attacked by Mormon Utah residents while the tribes fled to Navajo Mountain and the end of the Renegade Period and Apache Wars in 1924 (note: the Mexican side of the Apache Wars continued until 1933) happened after the Battle of Bear Valley, although some sources list Bear Valley as the site of the last battle.  (Depending on how “battle” is defined.)

After Christopher Columbus “discovered” America in 1492, there began an inexorable influx of European explorers and settlers into North and South America and the various islands adjacent to those continents.  Those same Europeans also brought African slaves and various Asians also became immigrants to the Americas as well.  All these immigrants created friction with the Native American populations as competition for living space and resources (fur to name a major early resource, gold to name a later resource of contention) that resulted in violence on both a small scale and a large scale more or less continuously for the next 4 centuries.  In what became the United States these American Indian Wars have become a large part of cultural identity with massive representation in film, television, literature and lore.  As a child of the 1950’s, the author can attest to the frequent playing of “Cowboys and Indians,” with toy guns and toy bows and arrows (along with rubber knives and tomahawks) arming the 2 sides.  Television and the movies were dominated by depictions of White settlers and the US Cavalry fighting fierce and bloodthirsty Indian warriors.  The actor known as John Wayne (Marion Morrison) became the all-time most prolific leading man in filmdom largely by playing a “cowboy” or other Western (Wild West) oriented character often as an “Indian Fighter.” 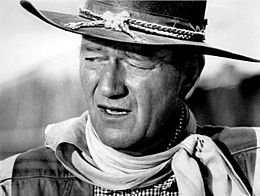 Large scale fighting between Native Americans and European Americans largely ended in 1886 when Geronimo, the infamous Apache leader, surrendered to American authorities. Minor incidents still occurred in violent confrontations between Americans or Mexicans and Native Americans that did not necessarily amount to the level of what we think of as a military battle.  In Mexico during the early 20th Century, the Yaqui people were struggling with a government wracked by revolution and upheaval, with little regard for the rights or well being of the Yaquis. In 1916 the victorious revolutionary  Mexican generals appropriated Yaqui land, creating a crisis for the Yaqui people.  Yaquis working on farms in the United States border areas would use their earnings to purchase firearms and supplies to be used in the skirmishes with Mexican authorities.  While the Americans geared up for the battle in Europe (impending entry into World War I) the border with Mexico was left to be patrolled by minimal forces of the US Cavalry.  (Please do not pronounce “cavalry” as “Calvary!”  Calvary is a place in Jerusalem, not a mounted force of soldiers.  Thank you.)  It should be noted that the 10th Cavalry Regiment was manned by “Buffalo Soldiers,” African Americans fighting in the US Army and serving on the border with Mexico from 1916 to 1922.

The Battle of Bear Valley was precipitated by a local rancher complaining to the Cavalry that one of his cows was found dead and partly skinned, presumably by marauding Yaquis.  The soldiers scouted the area and saw a band of Yaqui men and prepared a pursuit and attack of the Yaqui band.  Reportedly the Yaquis were aware of the advancing soldiers and prepared their own ambush, firing first.  A small scale skirmish developed in which 1 Yaqui was killed and 9 of the warriors were captured.  The other Yaquis escaped, and it is unknown if any that escaped were wounded.  No soldiers were reported wounded or killed.

The Yaqui warrior that died was one of those captured by the soldiers, and he had been gruesomely wounded in the abdomen.  The shot from the trooper that wounded the Yaqui had struck the bandoleer of ammunition the warrior had draped over his body, igniting one of the cartridges and therefore making the wound that much worse.  Although given first aid and medical treatment when returned to camp, the brave Yaqui died the next day.  That particular warrior was the leader of the band, and he and his fellow prisoners had made a last stand in order to allow the bulk of the band to escape.  The cavalry troopers realized the heroism of these warriors and noted it in their account of the action.  Also captured by the soldiers was a supply of ammunition, bullet molds, gun powder, food, provisions, and 9 rifles, including German Mauser rifles and American Winchester lever action rifles in .30-30 caliber.  The Army report also mentioned that the Yaquis were on foot, and not used to riding on horseback, resulting in severe blistering of the area in contact with the saddle (their butts!) while being transported back to camp.  (The prisoners had been mounted on spare horses and pack animals.)

The Yaquis that had been taken prisoner were kept in the Cavalry camp while the soldiers determined what should be done with them.  During this period relations between captors and captives seemed to be quite amiable, as the Yaquis were well treated and fed, and performed various maintenance activities at camp.  It was determined they should be tried for failing to obtain proper export licensing for the firearms they were smuggling to Mexico and they were given a sentence of 30 days in jail.  The youngest of their number, a minor, was not convicted or sentenced.  The Yaquis were not deported to Mexico, much to their relief, as they would have been executed had they been deported.  The Yaquis also apologized for firing on the Cavalry men, explaining that they thought the Buffalo soldiers were Mexican troops.

Buffalo Soldiers of the U.S. 10th Cavalry Regiment who were taken prisoner during the Battle of Carrizal, Chihuahua, Mexico in 1916

Thus ended possibly the last battle of the American Indian Wars, at least between the US Army and Native Americans.  While the displacement of Native Americans by European settlers is a sad tale and one filled with atrocities on both sides, debate continues to this day as to whether or not the colonization and settling of the Americas by Europeans was a moral and positive action or a criminal and inhumane greedy grab for land and wealth.  Please feel free to enter the debate.

Question for students (and subscribers): Have you heard of the Battle of Bear Valley?  Have you heard of the Yaqui people?  Did the Europeans have any right to take over the land that is now the United States?  What could have been done differently to allow for the rights of Native Americans and Europeans both?  Please let us know in the comments section below this article.

The featured image in this article, United States 10th Cavalry troops holding ten Yaqui native Americans on January 9th, 1918 from www.huachucaillustrated.com, is a work of a U.S. Army employee, taken or made as part of that person’s official duties. As a work of the U.S. federal government, the image is in the public domain in the United States.