On February 28, 2018, we stop to recognize those people that make us feel good about ourselves, the idiots that absolutely have to be worse people than we are! Today we list 10 of the biggest jerks of February 2018. 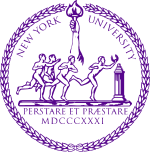 Well, not so much the school, but the contractor that provides cafeteria service. To “celebrate” Black History Month, a special meal of barbecued ribs, collard greens, cornbread, smashed yams, mac and cheese, all washed down by red Kool Aid and watermelon flavored water! When confronted about the insensitive choice of cuisine, especially the Kool Aid and watermelon flavored water, the contractor claimed they had “Black people put the menu together.” University officials claim the food vendor, Aramark, did not check with school officials. If the food vendor was sincere, perhaps reaching out to the African Studies department at NYU would have been a good idea. If they were aiming at stereotypes, why not offer Grape Kool Aid instead of “red?” In all honesty, the food offered is right up my alley, but in any sense the menu is clearly insensitive to African Americans, a clumsy effort at best. 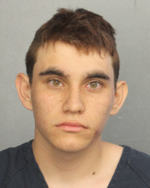 This 19 year old misfit and goof took an AR-15 style rifle to his former high school and shot the place up, killing 17 students and staff. What an idiot! We understand the guy has had a rough life, losing his real and adoptive parents, etc, but he must have been doing ok in the year after he was expelled from high school (because of threats), because he bought at least 10 guns between turning 18 and when he committed his atrocity. That is no small chunk of change for a kid that age. His social media rants and things he said to other people over the past few years were hateful and alarming, and yet he wondered why people did not like him?

This guy is either a coward, or perhaps a coward. He was assigned to Marjory Stoneman Douglas High School to guard the students and staff against such threats such as Nikolas Cruz, the school shooter described above. Petersen stayed outside of the school while Cruz shot kids to death unimpeded, even though policy and training requires any police on the scene of a school shooting to immediately go to the shooter and attempt to stop the shooting. Petersen would have been fired for his dereliction of duty and/or cowardice, but instead avoided an administrative punishment by resigning to take an early retirement the day after the shooting. People unwilling to perform necessary police duties should NOT accept a position in law enforcement. What a jerk! Perhaps he will face criminal charges for dereliction of duty, we hope so.

Mass murdering school shooter Nikolas Cruz was known to local law enforcement and tips had been called in about his threats to shoot up his old school. Obviously, he was not stopped, sent to psychiatric evaluation, the issue discussed with the adults he was staying with or any other action that could have stopped the massacre before it began. Reviews of the complaints about Cruz and the tips allegedly forwarded are supposedly being made at this time.

As with the Sheriff’s Department above, the FBI got at least 2 tips that Cruz was planning on shooting up a school, and “failed to locate” Cruz, even though he had posted his deadly threats under his own name and on his own social media accounts! In fairness, the FBI gets about 765,000 tips of various types per year, which is an awful lot, requiring a massive number of man-hours to look into each one. Here is our humble advice to the FBI: Prioritize your investigation into tips with possible school shootings right at the top! Seems obvious, but we had to say it. The FBI is also supposedly carefully investigating the entire course of events regarding the tips given to them and the action (not) taken.

6. Conspiracy Trolls and the Idiots who believe them. 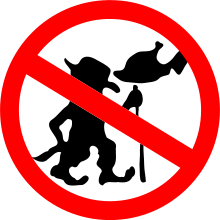 Anytime a major tragedy or disaster takes place, the goofs appear on the internet with flat out lies and ridiculous conspiracy theories, and the Parkland, Florida school shooting is no exception. The accusation that teenage students mobilizing to make media and political statements about gun control and school safety are really actors planted by the liberal left Deep State is patently false! You may or may not agree with the kids, but they are in fact real students of Marjory Stoneman Douglas High School and are saying what they believe. Likewise, claims that the shooting was actually staged by gun control and gun confiscating types as a “false flag” operation to further their anti-gun crusade is also patently false. And we really did land on the moon!

7. People Blaming the NRA and AR-15 rifles for school shooting.

The NRA and gun enthusiasts have been blasted since the Parkland massacre and blamed for the responsibility for the deaths and wounds inflicted by a mentally disturbed young man. If authorities at the FBI, Sheriff’s Department, school, Social Services, etc. would have acted more decisively when made aware of the danger Nikolas Cruz posed (and they were all made aware of the danger), the tragedy may have been averted. If Deputy Scot Petersen had done his job, perhaps lives could have been saved. Ignorant statements about the AR-15 style rifle used in the horrible crime do not help the “conversation,” but gun grabbers just will not allow themselves to be educated about firearms. AR-15’s are America’s favorite rifle in the 21st Century, and are widely used in shooting competition and for hunting a variety of critters. Continued claims that they are “weapons of war” are not true, as weapons of war are capable of full automatic (machine gun like) firing, not one shot per trigger pull as with the AR-15. The most common caliber of the AR-15 type rifles is .223 Remington/5.56 mm NATO, a relatively anemic rifle cartridge, far less potent than typical deer ammunition. Over 10 million AR-15’s are in civilian hands in the US, and the percentage of murders committed with such weapons is miniscule. Although the author does not necessarily disagree with changing the age to buy a rifle or shotgun to 21 from its current 18 years old, merely making the age at which an AR-15 or other semi-automatic rifle (THESE ARE NOT ASSAULT WEAPONS!!!) 21 years old does not mean an 18 year old will not get his hands on one. For that matter, using a shotgun or a combination of shotgun backed up by pistols would result in just as much carnage.

These 2 creeps have just been served with another 31 count indictment relative to money laundering and tax evasion. More charges are likely for this duo that was instrumental in the Donald Trump presidential campaign of 2016. Manafort (pictured) especially is deeply involved with Russian shady financiers and may have greatly influenced the pro-Russia Republican platform at the 2016 Presidential Convention. Gates, the junior person involved, is rumored to be working with the Feds as part of a plea bargain. Manafort faces the possibility of never getting out of jail if convicted of the crimes he is accused of and would probably be well advised to turn state’s evidence himself. We shall see. 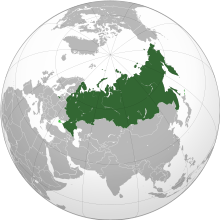 Another 13 indictments came from Special Investigator Mueller in February, this time to Russian nationals involved in trolling the American public with divisive and false social media and media dis-information in an effort to influence the 2016 presidential election in the US. An American was also indicted and pled guilty already, information revealed when the Russian indictments were made public. Russians posing as Americans posted negative and false information about political candidates and material designed to cause friction between Black and White Americans, as well as fear and hatred toward Latino immigrants. These trolls also encouraged African Americans to either not vote or to vote for a third party candidate to express their displeasure with the Democratic Party, a campaign aimed at suppressing the power of Black voters.

We firmly believe that not everything President Trump says or does is automatically wrong, but in the case of dealing with Russia, he is soooo wrong! Trump triumphantly declared the indictments of the Russian trolls somehow exonerated him and his campaign, which is most untrue, even ridiculous. Blatantly ridiculous. He continues to insist the Russians either did not meddle in the 2016 election or at the least had no effect on the election, when they most certainly did have an influence on an unknown number of voters (or non-voters, which is just as important). The icing on the Russia-cake is that President Trump continues to refuse to implement the sanctions Congress overwhelmingly voted for against Russia to punish the rogue nation for its illegal election tampering, even though Trump himself signed the legislation! For this, he earns a spot on the jerk list.