Wednesday, June 3
Trending
You are at:Home»April»April 14»April 14, 1775: Benjamin Franklin is The Most Interesting Man in the World!

On April 14, 1775, Benjamin Franklin along with Benjamin Rush founded the first abolitionist society in the US, The Society For the Relief of Free Negroes Unlawfully Held in Bondage.  Apparently, in those days catchy acronyms were not the style!

Ben Franklin was a man of such a variety of talents and involved in so many things we have to call him The Most Interesting Man in the World!

Born in 1706 in Boston, Franklin worked as a young man as a printer.  When only 15 he scored his first of many major firsts, in this case founding the country’s first independent newspaper.  A man of science and letters, Franklin was an accomplished writer and inventor while also being politically and socially active, serving as a political writer (Poor Richard’s Almanac), ambassador to France, and influential member of the Founding Fathers that set up the war for independence and the framing of the constitution. 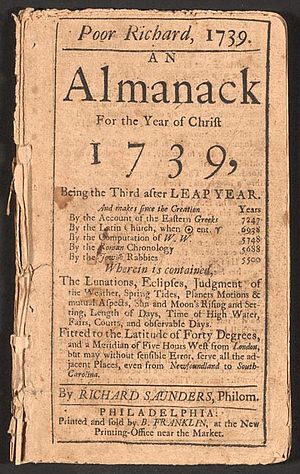 Outgoing and popular, Franklin was not an ideal family man, but he sure was popular with the ladies!  Famous for one or more illegitimate children, Franklin also gave us the pot-bellied or Franklin stove, bifocal eyeglasses, perfected the lightning rod, founded the first circulating public library, started the first post office, experimented with electricity and served as the first Postmaster General of the US. Franklin even invented a nifty musical instrument called the Glass Armonica! 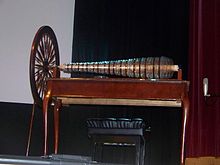 Franklin also studied ocean currents, the nature of light, the effects of evaporation on cooling, weather patterns, various factors effecting electrical transmission, population growth rates, and he even invented the process by which a decision can be logically arrived at by listing the Pros and Cons in two columns.  Aside from the abolitionist society he also founded other societies and created the first public fire department!

Although Franklin did own slaves, he did free them and campaign for the abolition of slavery. He also was an advocate of freedom of religion, although he may well have been an atheist himself.

Ben Franklin helped draft the Declaration of Independence and the Constitution, so in a way you can say he also invented the United States!  All these things listed here are but an incomplete list of Franklin’s accomplishments, and for absolutely fascinating reading we encourage you to look into this amazing man’s life in more detail.

Pictured on our $100 bill (and formerly on the half-dollar coin), Franklin is one of the greatest, if not the greatest, American of all time, and deserving of the title, The Most Interesting Man in the World!

Question for students (and subscribers): Whom do you consider to be the most interesting man of 1700s?  Please let us know in the comments section below this article.