On April 27, 1945, Italian Dictator Benito Mussolini was captured by Italian partisans and shot the next day, his body hung up in public and pelted with stones, spat upon, and generally scorned, an inglorious end to a strutting peacock of an egomaniac.  Many other leaders of countries have met humiliating and gory ends, sometimes deserved and sometimes not. Here are 10 examples of how far the mighty can fall when bloodthirsty enemies can get a hold of them.

Holt disappeared while swimming in the ocean and despite a search fitting for a lost prime minister, no trace was ever found.  Holt was a supporter of US and Australian involvement in the Viet Nam War and was notorious for his slogan, “All the way with LBJ.”  Speculation as to his death includes simple drowning (not cracked), to UFO abduction (definitely cracked), kidnapping by the Chinese, faking his own death on purpose, and of course that he was killed by a shark.

It is not so much the dying of a urinary infection that makes Cromwell unique, it is the digging him up and executing him 3 years after he was buried that strikes us as somewhat gruesome! Cromwell’s body was hung from chains, beheaded, and thrown into a pit, all for the public spectacle.  Then his severed head was put on display for the next 24 years.  The exact location of his body remains a matter of debate, and the disembodied head changed owners several times until 1960 when it was buried in Westminster Abbey.

Beheading monarchs seems to have been pretty popular over the years as dozens of kings and queens have lost their head of state for a variety of reasons.  Notable headless monarchs include Mary Queen of Scots, Louis XVI and Marie Antoinette of France, and Charles I of England.  Definitely a gruesome death, but too common to rank higher here.  Hanging and shooting have been popular methods of killing the boss, as have stabbings, but beheading is definitely more gruesome.

The circumstance surrounding his murder make Shaka’s death extra interesting.  A great king and military leader, Shaka apparently lost his marbles when his mother died and he issued edicts that the people just could not live with.  Having about 7000 people killed for being insufficiently grieved over his mother’s death, Shaka ordered no crops planted for a year following her loss and no milk to be produced or drank.  Considering milk was the staple of the Zulu diet, this action was intolerable.  Any woman found to be pregnant was murdered along with her husband, and cows were killed so that their calves could feel the loss of their mother!  Only 41 years old, Shaka had to go, and 3 assassins swarmed him and stabbed him to death.

In this bizarre, cracked case of regicide, the King and Queen along with 7 other members of the royal family were gunned down by the Crown Prince, Dipendra.  Dipendra had gotten drunk at a party and was admonished by his father, the King to leave, which Dipendra did.  Unfortunately, Dipendra came back, this time with an H&K MP-5 submachine gun, a high capacity 12 gauge shotgun and an M-16 rifle.  Launching a hail of bullets in a shooting frenzy, Dipendra turned one of the guns on himself after killing his family.  Cracked fact: Dipendra was technically the king during the 3 days he lived in a coma after the murders before he finally died.  A majority of the Nepalese public refused to believe Dipendra was the murderer and chastised the press for referring to him as a mass murderer.

As Mel Brooks (actor/director) once said, “It’s good to be king.”  In Edward II’s case, maybe not so good!  Not only was he deposed by being forced to abdicate (for incompetence), he was then murdered by having a red hot poker (is there any other kind?) shoved up his anus while being strangled. 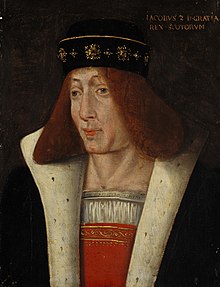 Only 23 years old when he died fighting the English, James was a great proponent of using artillery (cannons) in battle.  Having purchased cannons for his war with England in Flanders, James was besieging an English castle while personally manning a cannon named “The Lion.”  As sometimes happens when people use explosives, the cannon blew up, taking James with it, a unique cause of death for a country’s leader.

Leading the Scot military campaign in their war for independence from England, Wallace, known as “Braveheart” in the 1995 movie, was captured and turned over to English King Edward I.  The penalty for treason was being hanged, drawn and quartered, and that was the sentence.  Dragged naked by a horse to his place of execution, Wallace was hanged until almost dead, then had his genitals cut off, his guts cut open and burned while Wallace was still alive.  Finally beheaded, his body was cut into 4 parts, each of which was displayed in separate cities with his head dipped in tar and put on display on London Bridge.

The spelling of this buffoon’s name is debatable. Call him Muammar or Moammar, Qadaffi, Khadaffy, Gaddafi or whatever he was a colorful character.  With a big fluffy head of curly hair poking out from under his military hat Colonel Qadaffi was pompous and an egoist as dictators seem to be. When revolt against his rule (42 years worth) came to Libya his days were numbered.  Captured while hiding in a drain pipe, Qadaffi suffered a head injury from a grenade.  Beaten by the rebels, moving video taken of his capture shows a rebel jamming a large knife or bayonet up Qadaffi’s rectum!  He was placed on the hood of a truck and driven off, but fell off before it got far.  Somewhere along the line he was also shot in the gut, then the half naked and limp body of the former “King of Kings of Africa” (as he proclaimed himself) was abused and buried in the desert.

JFK was not just shot in the chest or gut and crumbled bloodlessly like a 1940’s movie.  No, he was shot through his neck and then again in the head, graphically blowing off a chunk of skull and gobs of brain matter onto the back of his limousine.  The fact that history has the moving film of the murder available to the public to see again and again is made all the more gruesome by the spectacle of his wife trying to get the head parts off the trunk lid to put back in the president’s head!

Question for students (and subscribers): Who else should be on this list?  Do we need a sequel?  Stay tuned to History and Headlines and find out, but please also let us know in the comments section below this article.

The featured image in this article, a photograph of Mussolini abandoning the Prefecture in Milan on 25 April 1945, believed to be the last photo of him alive, is in the public domain in the United States because it meets three requirements:

The country of origin of this photograph is Italy. It is in the public domain there because its copyright term has expired. According to Law for the Protection of Copyright and Neighbouring Rights n.633, 22 April 1941 and later revisions, images of people or of aspects, elements and facts of natural or social life, obtained with photographic process or with an analogue one, including reproductions of figurative art and film frames of film stocks (Art. 87) are protected for a period of 20 years from creation (Art. 92). This provision shall not apply to photographs of writings, documents, business papers, material objects, technical drawings and similar products (Art. 87). Italian law makes an important distinction between “works of photographic art” and “simple photographs” (Art. 2, § 7). Photographs that are “intellectual work with creative characteristics” are protected for 70 years after the author’s death (Art. 32 bis), whereas simple photographs are protected for a period of 20 years from creation.