On April 28, 1988, while in flight a jet airliner had its roof suddenly and violently blown off, taking a hapless flight attendant with it.  Amazingly, the airliner landed safely with no other fatalities.  Sometimes bad things happen to aircraft, and some of those times bizarre or amazing things, even cracked things, happen.  Sure, having a nuclear bomber unintentionally drop its nuclear bombs or crash while carrying nukes is cracked, but it happened so many times those incidents do not qualify here.  Here are 10 instances when aircraft incidents are unusual enough to be considered bizarre.

Soviet interceptors intentionally shot down a Korean 747 killing all 269 people on board.  The airliner had apparently strayed into Soviet airspace, but the reason why it did is debatable.  Some speculate that the Soviets intentionally lured the jetliner off course with electronic warfare equipment normally used to interfere with navigation electronics on American spy planes.  At least when the US Navy shot down an Iranian airliner it had been mistaken for a warplane.

Of course jet fighters can rain ruin from above, but in this incident an F-4 Phantom jet fighter on the aircraft carrier USS Forestall launched a Zuni ground attack missile while still on the deck of the carrier!  The missile struck an armed and fueled A-4 Skyhawk attack jet, causing an explosion and fire (and subsequently more explosions and fires) that almost caused the loss of the ship.  The blaze cost 134 lives and 161 injured, as well as 21 aircraft.  This fire and other fires aboard the Forestall caused the ship to be derisively referred to as “The Forrest Fire,” “The Firestall,” and “The USS Zippo.”

Known as the Valkyrie, the B-70 was to be the Mach 3 replacement of the B-52 as America’s premier bomber aircraft.  During a test flight outside Barstow, California an F-104 fighter flown by NASA’s chief test pilot got too close to the giant bomber and bumped into the bomber’s wing, causing the fighter to flip over onto the bomber in turn causing the fighter to blow up, killing the fighter pilot.  The XB-70’s tail fins were blown off, and the incredibly expensive bomber crashed, killing one of the two test pilots.  Only one other XB-70 was ever made, and it resides at the Air Force Museum at Wright-Patterson Air Force Base, Dayton, Ohio.

The worst airshow disaster of all time, located near the Ukrainian city of Lviv, a Ukrainian Air Force Su-27 fighter jet performing aerobatics crashed into the crowd, killing 77 people and injuring 543 more. In a twist, both of the jet’s aircrew ejected safely and survived the accident. Among the dead were 19 children.

Five torpedo bombers flying from Florida disappear without a trace into the Bermuda Triangle, followed by a search plane that also disappears with no survivors or wreckage found. Other aircraft have disappeared, such as Amelia Earhart’s in 1937 and the Malaysian Airlines Flight 370 that disappeared March 8, 2014 and had not had a trace found as of the time this article was written (March 24, 2014), but the disappearance of this many aircraft in one incident makes it the “winner.”

Airplane crashes are usually thought of as starting in the air and ending up on the ground, but in the worst airplane disaster of all time both jet airliners were on the ground when they collided on the runway.  Of the 644 people aboard the two planes, 583 died without even leaving the ground.  Dense fog had caused poor visibility resulting in two giant 747 jumbo jets to hit each other and burn. 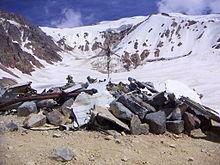 Carrying 45 people, after crashing in the Andes 16 survivors were rescued 72 days later.  Considered a miracle that anyone could survive that long in the cold and snow, it soon became apparent that the survivors had been eating other passengers that had been killed in the crash!  Another amazing aspect to this story is that when searchers for the airliner could not find it for 72 days, the way rescuers were alerted to the presence of survivors and the site of the crash was by two of the survivors themselves who had walked for 10 days under incredible hardship to find help. 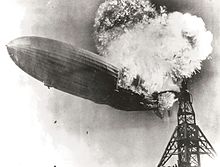 After completing a cross Atlantic flight, when tying up at Lakehurst, New Jersey the hydrogen filled airship caught fire and burned in a most spectacular fashion.  Caught on film and on live radio, the stunning scene is quite familiar.  The bizarre thing about this disaster is that 62 of the 97 people on board lived through the fire and crash.  Watching the film would lead one to believe nobody could possibly survive, but they did.  By the way, the excited radio announcer (“Oh the humanity!”) did not get fired for being too emotional.  That is an urban myth.  As comedian Jon Stewart would say, “Your blimp’s on fire!”

Hampered by fog, a USAAF B-25 medium bomber flew right into the Empire State Building between the 79th and 80th floors, killing all 3 crew members and 11 people inside the building. Incredibly lucky that few people were in the building on a Saturday, even luckier was an elevator operator that fell a record minimum of 75 floors and did not die!  This incident was taken into account when designing the World Trade Center twin towers, and they were designed to withstand an impact from a 707 jetliner, the largest airliner of its day.

As detailed above and in today’s main article, this disaster ranks first for a good reason.  Having such a huge chunk of an airliner rip off and leave the passenger cabin wide open at 24,000 feet and not have a single passenger killed?  That is unbelievable.  How that jet held together long enough to make a safe landing is a testament to how rugged it was designed. Of course, falling apart in flight is some sort of testament as well.  I know I will say something if I notice a crack in any airplane I am going to fly on!

Question for students (and subscribers): What other incidents would you include?  Does this list need a sequel?  Please let us know in the comments section below this article.

Bartlett, Christopher.  Air Crashes and Miracle Landings: 60 Narratives: (How, When … and Most Importantly Why).  OpenHatch Books, 2011.

History Short: What is the Greatest Jet Fighter?