On May 1, 1991, two incredibly impressive baseball records were set.  Ricky Henderson stole his record breaking 939th base and Nolan Ryan pitched his 7th no hitter.  Certain baseball records have an awe inspiring quality to them, even if they are later broken.  Here we list 10 records that were at the time they were set astounding or lasted for an extraordinarily long time.

Ripken played in 2632 consecutive major league baseball games, having broken Lou Gehrig’s 56 year old record by 502 games!  Many experts believed Gehrig’s record would never be broken, but the 6’4” 225 lb Ripken apparently did not care what “experts” thought. On the way, he piled up over 3000 hits, 19 All Star Game appearances and won 2 MVP titles. 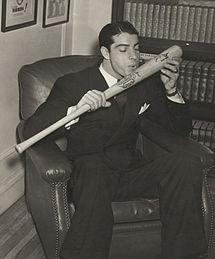 As with the other records that awe us, the runner up is not even close (45). During his 1941 record setting hitting streak (56 consecutive games with at least 1 hit) Joltin’ Joe batted .408.  An All Star every one of his 13 years in the major leagues, he was MVP 3 times and was number 5 on the all time home run list when he (prematurely) retired at age 37.  Having missed the 1943-45 seasons while serving in the US Army Air Forces, he may well have hit over 500 home runs. (He was also hampered by playing in Yankee Stadium that discriminated against right handed hitters.)

Yes, this man is the same home run hitting Sultan of Swat in the next paragraph.  You may not realize he was probably the best left handed pitcher in the American League in his era, going 94-46 with a career ERA of 2.24!  His AL record of 9 shut outs in 1916 stands to this day, tied by Ron Guidry in 1978. Just think, 2 more seasons and the record will be 100 years old!

In 1920 The Bambino hit a major league leading 54 home runs, the all time record at that time.  Why is this record more impressive than Barry Bonds’s 73 home runs in a season? Because in that year Ruth hit more home runs than 14 of the 16 major league teams!   That kind of domination is phenomenal.  Another incredible fact is that the center field fence at the Polo Grounds (where the Yankees played that year) was 490 feet from home plate.  For perspective, the average distance today is 405 feet.  It has been estimated in today’s stadiums Ruth would have hit 104 homers that year.  And to think, Ruth was a guy that smoked, drank to excess (even during games), and stayed out late at night.  Professor P. Bagnolo has estimated that had Ruth played in ball parks of today’s dimensions he would have hit 1500 to 1600 career home runs.

Over his career, including 6 years as a pitcher, Babe Ruth hit a record home run every 11.8 at bats, until broken by Mark McGwire with a frequency of one home run every 10.6 at bats.  Nobody else is even in the ballpark.

Ryan’s massive number of strikeouts leads the runner up, Randy Johnson, by 839.  Ryan also has the all time career lead in issuing bases on balls (walks), but we will ignore that one.

American League MVP in 1960 and 1961, he hit 61 homers in 1961 breaking Babe Ruth’s 34 year old single season home run record. Maris’s record stood for an even longer 37 years (until broken in 1998 by Mark McGwire). McGwire’s record only stood 3 years until broken by Barry Bonds with 73 homers in 2001.  Bonds’s record is only 13 years old as of this date, so we have a long wait to see how long it will last.

In 1951 young sensation Mickey Mantle was not just a power hitter supreme, but also the fastest baseball player ever to go from Home Plate to First Base, taking only 3.1 seconds after a swing.  The record has stood for 63 years and is mind boggling when you consider how many times the 100 yard/meter dash record has been broken during that span.  Later that year Mantle suffered a freak injury to his knee that slowed him down.

Question for students (and subscribers): These 10 impress us, what other records do you think are more impressive?  Please let us know in the comments section below this article.

The featured image in this article, a photograph by Mike Fitzpatrick from Annapolis, Maryland, USA of Ryan on the mound during a 1992 home game at Arlington Stadium, is licensed under the Creative Commons Attribution 2.0 Generic license.  This image, originally posted to Flickr, was reviewed on 13 November 2011 by the administrator or reviewer Leoboudv, who confirmed that it was available on Flickr under the stated license on that date.