Tuesday, June 2
Trending
You are at:Home»Society»Politics»Why Do the Names of So Many Countries End in “Stan?”

On September 9, 1991, the Tajik SSR received its independence from the USSR (Union of Soviet Socialist Reputlics) as part of the disintegration of the USSR and became the sovereign nation of Tajikistan.  The first part of the name of the new nation is no mystery, it reflects the majority ethnicity of the people in that region, people calling themselves Tajiks.  The ending part of the name of the country, and the names of so many other countries in the region, “stan,” derives from the Persian word for “place.”  Thus, Tajikistan pretty much means “Place of the Tajiks.”

The Persian Empire, which existed off and on depending on the fortunes of wars, from the 6th Century BC all the way until late in the 20th Century when Shah Reza Pahlavi abdicated and an Islamic Republic was declared in Iran (1979), dominated the ruling and culture of the region of Western Asia for many centuries.  The influence of the Persians remains in evidence today in the names of Pakistan, Afghanistan, Uzbekistan, Tajikistan, Kazakhstan, Turkmenistan, Hindustan, and Kurdistan. Please note that while 6 of these 8 places are actual independent countries, Kurdistan is merely a region that encompasses the traditional range of the Kurdish people and spans several countries.  Likewise, Hindustan is not a country, but is a Persian inspired eponym for the majority Hindu people of India, “Land of the Hindus.” 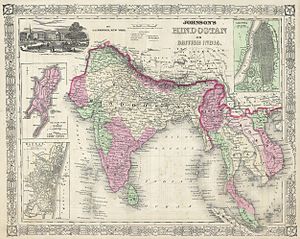 Despite the Islamic nature of the countries ending in “stan,” in light of the recent years of terrorism and religious animosity between the United States and many Muslims, the “stan” countries are mostly within the American sphere of influence and allied with the US, or at least somewhat friendly as far as trade and governmental cooperation.  (By this, we mean the governments of those nations, not necessarily the people.)

Tajikistan is currently a nation of under 10 million people, 81% of whom are ethnic Tajiks.  Their population ranks the country only #96 in the world, and their land area (landlocked, we may add) is only ranked #94th.  The only sizable ethnic minority is Uzbeks, making up about 14% of the population.  Their language is Tajik, with Russian often spoken between people of different ethnic backgrounds.  About 98% of the Tajik population practice the Islamic religion, and the government is considered by most sources to be highly repressive.  The country is mountainous and somewhat poor, ranking about #155th in the world as to per capita GDP.

The odds of us here at History and Headlines ever visiting the remote country of Tajikistan seem pretty far fetched at this point, but you never know!  How about you?  Are you planning a trip to this exotic land?

Question for students (and subscribers): Have you ever visited a country whose name ends in “stan?”  Which one?  Please let us know in the comments section below this article.

Bergne, Paul. The Birth of Tajikistan: National Identity and the Origins of the Republic. I.B. Tauris, 2018.

Briant, Pierre. From Cyrus to Alexander: A History of the Persian Empire.  Eisenbrauns, 2002.

The featured image in this article, a map by Cacahuate of Central Asia for use on Wikivoyage, English version, is licensed under the Creative Commons Attribution-Share Alike 4.0 International, 3.0 Unported, 2.5 Generic, 2.0 Generic and 1.0 Generic license.