On July 7, 1980, the Islamic government of Iran imposed the idea of Islamic supremacy on the people of Iran, with the enacting of Sharia Law on the country, effectively making the country an Islamic State governed by the precepts of their religion.  Using the Muslim holy texts, the Quran and the Hadith, the concept of Sharia Law is based on the Divine Will of God in the form of His Divine Law, as interpreted by Islamic scholars (Islamic jurisprudence in the form of human understanding of the teachings of the Prophet Mohammad).  (Note: the “authentic” narration of the Hadith is called the “Sunnah.”)

So, who are the people that are tasked with interpreting the will of God?  Muslims call the religious panel the “Ulama,” also spelled ulema, meaning “the learned ones” in Arabic.  Those members are traditionally men who are highly educated in the Islamic faith and precepts, though more recently it has been recommended that scientists be included on the Ulama as well.  The Ulama consider events and situations in the context of Islamic teachings and issue a “fatwa,” a legal opinions issued by a “Mufti” (the member of the Ulama that issues the opinion).  The mechanism by which members of the Ulama are appointed and the manner in which they meet, as well as the weight of their opinions differs from country to country, and also between branches of Islam, notably the Shia and Sunni branches.  In the Shia branch of Islam, which is predominant in Iran, the “Imamah,” a line of infallible Islamic clerics interpret the “immutable truth” of the religion, while in the Sunni branch of Islam the Ulama is the supreme arbiter. 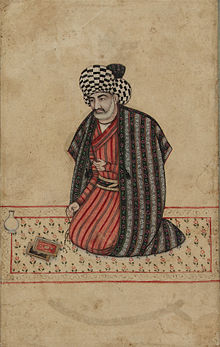 Iranian Shaykh ul-Islam Mohammad-Baqer Majlesi (1627–1699) has been described by historian Moojan Momen as “one of the most powerful and influential Shi’a ulema of all time.”

The rulings of the Ulama are issued in five categories: mandatory, recommended, neutral, abhorred, and prohibited.  These categories more or less overlap the idea of law and religion, blurring the distinction between the 2 concepts.  Some of the rulings carry the weight of mandatory law, while others are more like a suggestion of how to do something or how to live.  Historically, some Muslim controlled countries or entities allowed non-Muslims that lived within their borders to be exempt from Sharia Law (to varying extents), leaving Muslim inhabitants bound by the rulings of the Ulama.  In other cases, all inhabitants are expected to obey the rulings of the Ulama.  Some of the guidance found in Sharia Law covers day to day living, similar to the Jewish concept of “Kosher.”  Muslims call their brand of guidance “Halal.”  Both forms of religious guidance are best known for their ideas about food preparation.  Sharia Law covers all sorts of aspects of social and cultural areas, from criminal law to etiquette to military and hygienic requirements.  Virtually all areas of human living are covered one way or another by Sharia Law.

Of course, any “law” requires some sort of enforcement, which in the case of Sharia Law is in the form of a religious court run by a Qadi, or Islamic judge.  These judges are expected to be Islamic scholars, though not of the level of those on the Ulama.  The judges have traditionally been appointed by the ruling government, such as Sheik, Emir, Caliph, etc.  A sort of appeals court, called a “mazalim” court is another step in adjudicating disputes within Sharia Law, the mazalim court being appointed by the ruler’s council.  Historically, there have also been religious police tasked with ensuring adherence to Sharia Law, called “shurta.”  (The term shurta has also come to refer to police in general in some Islamic countries.)

Many Muslim majority countries employ varying degrees of adherence to Sharia Law in their governing of the country, ranging from all out Theocracy/Islamic State type of government based mainly or exclusively on Islamic precepts, often calling themselves “The Islamic Republic of ….” or a more secular state  with more subtle influence from the Islamic religion.  Turkey, a Muslim majority country, specifically banned Sharia Law back in 1924 shortly after establishing the Republic of Turkey.

The various teachings, proscriptions and tenets of Sharia Law are vast, too numerous and complex to describe in a relatively short article such as this, but some of the aspects of Sharia Law and the Muslim religion in general that are famous or infamous, depending on perspective, include the status of women as lesser beings than men, especially men that are head of the household, notably the value of a woman’s testimony being ranked as half that of a man.  In spite of social limitations placed on women by Sharia Law, women are also somewhat protected economically by the same Sharia Law, more so than in traditionally Christian countries.  Men are permitted to take multiple wives, but women cannot take multiple husbands. The application of Sharia Law varies in severity and strictness from location to location based on local custom and regional differences, depending on the brand of religion practiced by the religious leaders.  Likewise, slaves are addressed in the Islamic religion, and non-Muslims are relegated to second class status, in fact, not allowed to testify against Muslims in court.   In at least 13 countries any Muslim choosing to leave the religion is subject to the death penalty.

In the Western World, the spread of Islam into Europe once generated great military battles between Christians and Muslims, and in today’s world a new influx of Muslims into European countries and the North American area (as well as Australia) has caused consternation among some Christians that fear the imposition of Islamic Law and values on their societies.  Demonstrations and even riots have occurred in Europe, and in the United States and Canada, Islamophobia has resulted in actual legislation to prohibit the imposition of Sharia Law!  Of course, such a scenario is ludicrous, considering the tiny minority of Muslims in the US and Canada (1.1% in the US, 3.3% in Canada).  Still, several American States have passed laws prohibiting the imposition of Sharia Law and so did the Canadian Province of Quebec.  (The Quebec ban on Sharia Law came in 2005, via a unanimous vote of the Provincial Legislature!)  In the Province of Ontario, provincial law specifically states that family disputes must be settled only by Ontario Law, precluding the application of or recognition of Sharia Law to family situations.  Likewise, some local American governments have also passed such laws, a seemingly symbolic gesture made as an anti-Muslim token.

While we agree that the concept of Sharia Law being imposed in the United States is ridiculous, certainly prohibited by the “separation of church and state” as noted in the statement “Congress shall make no law respecting an establishment of religion” in the First Amendment to the Constitution, the idea that we need additional laws specifically denying the imposition of Sharia Law seems petty and paranoid.  The imposition of ANY religious law in the United States is a ridiculous concept not lawful under our Constitution.  Non-Muslims in the US are under no threat of being forced to live by Sharia Law, and such hysteria does not serve us well.  Just as “Blue Laws” that made Sunday something special legally have been mostly eliminated, the US seems well on its way to becoming a more secular nation with less and less religious influence instead of more.  (An exception may be the recent tide of laws limiting abortions.)  On the other hand, radical Islamists have added to Western fears by declaring a demand for the implementation of Sharia Law across the world and the forcible conversion of all people to Islam, with the alternative of being enslaved or killed.  Not all Muslims agree with the idea of imposing Islamic Law on all people.  Muslim attitude toward Sharia Law is certainly not universal or monbolithic.

Sharia Law is different things to different people, even within the religion of Islam.  The concept is complex and requires considerable study to understand completely.

Question for students (and subscribers): Do you think Sharia Law is a threat to Western Countries?  Please let us know in the comments section below this article.

Picture of Billboard put up by the w:United American Committee given to Matt57 by the group itself.

Kassam, Raheem. No Go Zones: How Sharia Law Is Coming to a Neighborhood Near You. Regnery Publishing, 2017.

The featured image in this article, a map by RLoutfy of Muslim-majority regions with zina laws against consensual premarital and extramarital sex, is licensed under the Creative Commons Attribution-Share Alike 4.0 International license.