Tuesday, February 25
Trending
You are at:Home»June»June 1»What Is American about the American Auto Industry?

On June 1, 2009, General Motors, once the single corporation that most personified America filed for Chapter 11 bankruptcy, a shocking turn of events for a once mighty company.  So iconic was General Motors, that US Secretary of Defense (1953-1957) Charles Wilson, a former CEO of General Motors, has been often misquoted as saying, “What’s good for GM is what’s good for the country.”  The real quote was not quite as provocative, but still very telling about the importance of GM to the United States and vice versa.  When a US Senator asked Wilson about the conflict of interest between large defense contractors such as GM and the welfare of the country, Wilson responded, “For years I thought that what was good for our country was good for General Motors, and vice versa. The difference did not exist. Our company is too big. It goes with the welfare of the country.”  In the 1920’s, half of all cars in the world were made by Ford, another all American company (at the time).  In the 1930’s, General Motors had passed Ford to become the largest manufacturer of automobiles in the world, starting a 77 year run as the most prolific builder of cars on the planet, and the US continued to dominate the world automobile market.  Things have changed!

Auto manufacturing drove so much of the US economy, from oil and petroleum products to steel, glass, plastic and rubber, as well as machining that most Americans were somehow related to someone that relied on the auto industry or one of the supporting industries for their living if they did not personally work in the industry.  Today, GM is ranked only 3rd in the world of auto manufacturing, and in December of 2018, announced a global cutting of 15% of their workforce, including a whopping 25% cut in executives!  Non-American auto companies, Volkswagen and Toyota now rank #1 and #2 in auto production in the world, although GM and Ford still rank #1 and #2 respectively in US auto sales.

Car exports by country (2014) from Harvard Atlas of Economic Complexity.  Treemap by Celinaqi.

With so many buyouts and mergers taking place in the auto industry in recent decades, it is hard to determine the true national identity of a car company any more!  Jaguar, the iconic British luxury performance brand is owned by Tata of India.  Rolls-Royce is owned by Germany’s BMW.  Ford until recently owned Volvo, Jaguar and Land Rover.  Chrysler was owned by Mercedes Benz and is now part of Fiat.  Hyundai and Kia are now one and the same, and many long time US brands have disappeared, including Mercury, Oldsmobile, Pontiac, Plymouth, American Motors, and Saturn, to name just a few.  So called foreign car companies now assemble cars in the United States (such as Toyota, Honda, BMW, Volkswagen, Mercedes-Benz, Kia, Hyundai, Subaru, Nissan, Volkswagen and Volvo), and all cars sold here have at least some content from foreign countries.

Would you call a Ford Focus an American car?  They are now made in Germany and China!  Some Buicks and Cadillacs sold in the US are also made in China.  Wha???  Say it aint so, Joe!  Other so called American cars are put together in Mexico or Canada, which is considered “North American” or basically domestic, but our workers know better!  Likewise, we have cars made in the United States that are imported back to other countries, such as Japan.  There seems to be little national identity to car brands anymore.

(Side notes: On top of brand identity issues, Ford recently announced a planned end to the manufacture of all cars except the Mustang, while the company will build only trucks and SUV’s instead.  And another what the heck item, Tesla passed GM in 2017 as the most valuable US car company, but since then problems have grossly reduced the value of Tesla. Then, in 2019, GM also announced the end of manufacture of many of their sedan type cars.)

So what cars sold in the US are the “most American?”  #1 on the list is the 2019 Jeep Cherokee (which the author owns and drives), built in Illinois and containing the highest percentage of American made parts.  Can you guess the next 2?  They are both from Honda, the Odyssey mini-van and the Ridgeline pick-up truck.  (Statistics are from 2018, the most recent available.)  Sadly, the Ford Taurus is #4, and its days are numbered.  General Motors, with their All-American Chevrolet brand, lags behind at #5 with their electric Volt, a low volume asterisk car.  Honda continues to impress with US content cars assembled in the US, posting #6 with their Pilot SUV and #7 with their Acura MDX.  Ford comes in at #8 and #9 with their Explorer and F-150 pick-up truck.  Chevrolet rounds out the top 10 with the Corvette.

Since you were probably going to ask, the best selling vehicle in the world for 2018 is the Ford F-150 pick-up truck with sales of over 1 million units, a perennial best seller.  Coming in second, it the ubiquitous Toyota Corolla, with sales topping 934,000 copies.  In fact, some analysts believe the Corolla may overtake the F-150 for top selling honors in 2019.  The Toyota Corolla nameplate has been the best selling car model in world history, with well over 40 million cars with that name sold since 1966, about double the number of Volkswagen Beetles sold (21 million).  The most prolific US model of car was the Ford Model T, with 16.5 million sold, ranking in 4th place all-time after the Lada Riva, a European economy car built by  the Zhiguli brand of the Soviet Union and Russia, and built under license by many other car companies, with 17.75 million of the jalopies made.  The car is a derivative of the Fiat 124.

Not depressed enough about how the mighty US car industry has fallen?  China builds about 27+ million cars per year, ranking #1 in the world, while the US manages a paltry 11+ million to rank #2.  (Japan is third with 9.7 million.)  To think the US used to make more than half of all cars in the world!  By the way, in 2018, China’s production of 27 million cars was down from the 29 million they made in 2017!

(Note: While the Corolla name is the #1 all-time best seller, the actual car platform changed drastically over the life of the name, meaning that the car is no longer even remotely related to the original.  As far as basic car platforms go, the Beetle and Model T are the most produced.)

A prime component of the automobile is the tires, and once again, the US used to be home to the largest tire company in the world, Goodyear of Akron, Ohio.  Akron, also home of Firestone and BF Goodrich, was known as the “Rubber City” and “Tire Capital of the World,” but now is more famous as being the birthplace of both LeBron James and Steph Curry!  Tire companies have also undergone a ton of mergers and acquisitions, and today the largest producer of tires for cars and trucks is Bridgestone of Japan, followed by Michelin of France, with Goodyear showing at #3.  The next largest American producer of tires is Cooper Tires, ranking 10th or 12th, depending on the source. 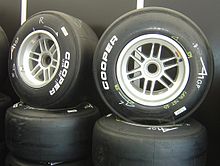 What happened to the US automobile industry to cause it to lose its world dominance?  The answers are many and complex.  Certainly, an amount of lethargy and complacency were part of the problem, as well as a way too slow evolution to cars with better gas mileage ratings when the price of oil skyrocketed in October of 1973.  Foreign cars that were smaller and more fuel efficient clobbered the big gas guzzlers from Detroit.  I remember reading in the 1970’s that GM’s CEO was told that Americans wanted a different type of car, and the snide reply was something to the effect of, “GM will tell them what they want.”  This attitude surely reflected in the American consumer flocking to foreign cars!  (Note: The author has had trouble trying to find the exact circumstances and quote.  If you can find the source, let us know! Thanks.)  Egregious disregard for public safety concerning known defects in automobiles that should have been recalled or redesigned also hurt consumer confidence.  (Think Ford Pinto exploding gas tanks and GM declining a cheap fix of an ignition key problem that resulted in cars’ engines stopping while driving. And on, and on…)

The reality of today’s automobile industry is that Chevrolet is no longer “As American as Apple Pie” and car brands are no longer s symbol of the country they originated from.  The market and the industry are truly global, and if you think “Buying American” will save American jobs, you are probably wrong.  Your neighbor’s Honda may well be more ‘American” than your Chevy! 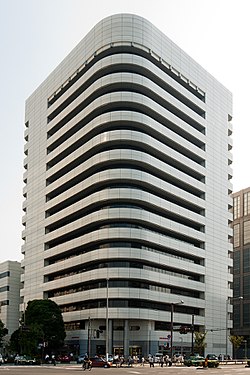 Questions for Students (and others): How “American” is the car you drive?  Do you believe Americans should buy American made cars?  What is your favorite car brand?  Please tell us in the comments section below this article.

Yates, Brock. The Decline and Fall of the American Automobile Industry. Empire Books, 1983.

The featured image in this article, a photograph by Local hero of The General Motors Technical Center in Warren, Michigan in May 2009, has been released by the copyright holder of this work into the public domain worldwide.