Friday, July 3
Trending
You are at:Home»August»August 1»The Real Winners of the 2nd Democratic Debates

On August 1, 2019, we take a moment to delve into the arena of politics, a part of history we consider normally a topic to avoid because of the volatile nature of opinions and deep rooted emotions attached to those opinions.  Well, today we take a chance and spout our opinions about who won and who lost the debates of July 30 and 31, 2019, for the Democratic nomination for President.  We understand that other observers may come up with other results (of course they are WRONG!), and that our valued readers may disagree (and are welcome to not only disagree, but also to tell us why in the comments).  Here we go!

(Note: We are NOT endorsing a candidate or a party for the presidential race in 2020!  Please do not infer such an implication.  Thanks.)

The former vice president and front runner for the Democratic nomination did not have to hit a home run.  All he had to do was to not strike out.  He did not strike out, despite being attacked  on all sides, especially by Corey Booker, who had started out by saying something to the effect that Dems should not attack Dems, and Kamala Harris, seeking to replicate her success attacking Biden as she did in the first debate.  Biden was not particularly glib but was adequately prepared to fend off the attacks and throw in some jabs of his own, having researched his opponents failings in the past.  We believe Biden will come out of this debate with an even bigger lead in the race for the nomination.  His official campaign site is https://joebiden.com/. 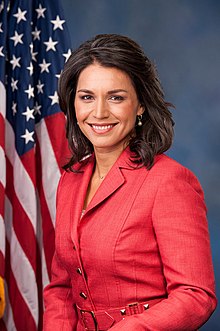 Among those with seemingly little chance of winning the nomination, Gabbard appeared particularly intelligent and well prepared, and especially genuine, not appearing as if she were acting or playing to a crowd as did many of the others.  While having almost no chance for the actual nomination, she certainly appeared to be a great choice for vice president for Joe Biden, as a young (38 years old), female woman of color (part Samoan and part European/American).  Plus, she is a veteran of the War on Terror, unlike her potential opponents on the Republican side (Trump and Pence), as well as her Democratic opponents.  Her official campaign site is https://www.tulsi2020.com/.

Despite having only the executive experience of being the mayor of a moderate sized town, this guy continues to impress with well thought out responses and sounding confident without cockiness.  Rather than attack his opponents, he has instead presented his plans and ideas in a coherent way that inspires confidence in his intellect and motives, even if you are not on board with all his proposals.  He looks and sounds like someone who can represent all Americans and brings his minority sexual orientation status to the table, which can be a positive or a negative factor, but either way, a factor not apparent in his debating.  He does not seem to make his orientation an issue, which is probably better for him politically.  He is also a combat veteran, and like Tulsi Gabbard, does not beat that fact to death.  His official campaign site is https://peteforamerica.com/.

Not previously having been a politician means no political baggage to be attacked, as the veteran Democratic candidates have found.  Yang also appeared more like a man of the people by shunning the wearing of a necktie during the debates.  He sounds intelligent and well versed on the issues, and can boast of success in business, a factor Donald Trump rode to the White House.  His official campaign site is https://www.yang2020.com/. 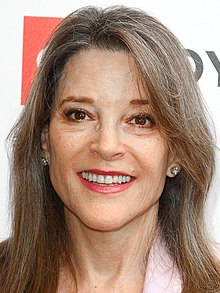 Williamson in February 2019.  Photograph by Supearnesh.

On the surface, one might expect the candidacy of Williamson to be a sort of joke.  With her spiritual and mystical background, she was almost funny at first, but has proven to be resilient and persuasive on the stage with more experienced debaters.  She definitely has her following, and the big stage of the national debates has given her the opportunity to become known to many more people.  Although not a realistic nominee, she certainly has improved her position among the Democratic candidates.  Her official campaign site is https://www.marianne2020.com/. 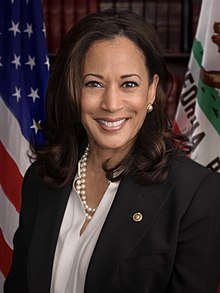 Portrait of Kamala Harris of California

Harris was the big winner of the first Democratic debate, stinging Joe Biden and enjoying a bump in the polls, as well as improved money raising.  Alas, that bump disappeared and during this second debate she needed to replicate her performance of the first debate but failed to land the zingers needed.  Her questionable record as a prosecutor and attorney general was brought to light, and Biden invited people to Google her record.  (Googling her record reveals serious questions about her judgement.)  Instead of confident and in charge, she seemed at times to be defensive and close to getting shrill.

Warren speaks in favor of single-payer healthcare in 2017.  Photograph by Senate Democrats.

Although neither of these mainstream progressives made any major blunders, neither did they make any special moves up the ladder of getting the nomination.  They were pitted against each other and the candidates on their stage, when they needed to be on stage with Joe Biden in order to make any inroads on Biden’s lead.  They definitely did not make any inroads on Biden’s lead.  At times, Warren sounded pretty presidential, and at other times she approached being shrill, and definitely grated with her whiney voice.  The Sand Man was animated and enthusiastic, but at times seemed like a grumpy old man.  (He is.)  While both candidates did a reasonably good job, they totally failed to land the punches needed to spring forward.  Sanders’s official campaign site is https://berniesanders.com/. 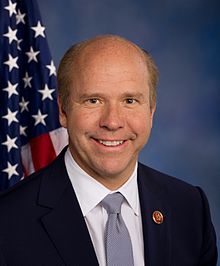 This former congressman has virtually no chance to win the nomination, but that did not stop his fellow Democrats from piling on him as if he were leading the pack!  Although he sounded pretty coherent to us, the vitriol he soaked up made him a loser in the debate, whether he deserved it or not.

Loser: The Rest of the also rans. 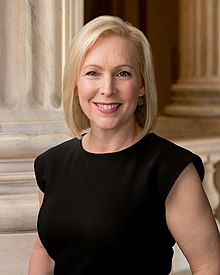 All the rest of the Democratic candidates lost not because of what they did or said, but because of what they did not do or say.  None of them made the kind of moves needed to burst out of the pack of obscurity and rise into contention.  Despite not embarrassing themselves, the large army of presidential wanna-bes will remain merely wanna-bes, most of whom will not qualify for the final (third) debate.  In a way, the Democratic candidates all sort of lost by failing to keep the cross hairs on President Trump and (at times) sniping each other instead.

Question for students (and subscribers): Who do you believe was the big winner of the 2nd Democratic Debate?  Please let us know in the comments section below this article.

Sanders, Bernie. Where We Go from Here: Two Years in the Resistance. Thomas Dunne Books, 2018.

Square Press. All The Reasons To Vote For Tulsi Gabbard.  Independently published, 2019.

Warren, Elizabeth. This Fight Is Our Fight: The Battle to Save America’s Middle Class.  Picador, 2018.