On December 31, 1771, a future President of the United States of America and an avid card player named George Washington visited Alexandria, Virginia, where he purchased two new packs of cards at a cost of two shillings and played cards at night (he lost).

Back in the ‘olden’ days, people had to amuse themselves in ways that did not involve the super sleek and shiny tech that we have come to know and love.  No games consoles, no social media, no Blu-Rays…just the simple pleasures of an altogether more innocent era.  One of the key pastimes of yesteryear were card games, and that is one of the few old-fashioned hobbies that has retained its vigour – and perhaps even become more popular – in the modern age.  From crude games made up on the spot to the multi-billion dollar casino industry; it’s been quite a ride for the humble playing card.  Here is a guide to the evolution of card games through the past 700 years or so.

There are instances of card games being mentioned in Ancient Chinese writings dating back to 800 A.D, as detailed by The Playing Card Factory, with cards first making their way to European shores at some point in the 1300s.  These games of skill and chance were not overly popular with the authorities, and indeed there are reports from both Switzerland and France during this era that card games were either banned or heavily regulated. 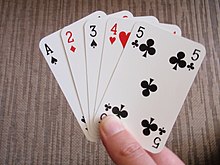 A hand of playing cards, ace through to five

In the 1400s, playing cards started to take the form that would be popular for the next 600+ years.  Common items, such as hearts, bells, leaves and swords, were used as suits, and the introduction of these groupings led to the creation of a variety of new games.

It was around 1480 that, according to The World of Playing Cards, French card producers created a deck featuring the four suits as we know them today: hearts, spades, clubs and diamonds.

In the 1500s, the design of these cards was changed, with the symbols sitting below the numerical value of the card. It is a look that is still used to this day!

Card games in Japan go back to the 16th century when Portuguese Francisco Javier brought the Hombre, a deck of 48 cards, to Japan. The novelty was liked and took root, primarily in the casino (オンラインンカジノ日本-カジノでプレイできるサイト). Thus began the story of gambling card games in Japan. Like everything that comes to Japan, card games have undergone changes and become original and truly Japanese. A European deck of 52 cards plus 2 jokers and plus Zero appeared in Japan only in the second half of the nineteenth century. Graphic images on Japanese card decks are completely different than on European playing cards. They also have little in common with tarot cards.

In all early iterations of the various card games, the king was typically the most valued card in the pack. But, at some point in the early 1790s, documentarians found that the ace became more prevalent as the ‘high card’ in many games.

The early 1800s were crucial in the evolution of card games, with both ‘pokue’ (poker as it would later become known) and 21 (blackjack as we know it today) becoming established in games-houses and casinos.

In the 1870s, the first decks featuring a joker were produced.

Card games, specifically those which could be wagered upon, gained mainstream appeal in 1931 when Phil Tobin, a Nevada state assemblyman, introduced Assembly Bill 98, which legalized gambling-based card games.  It was at this point that the casino industry that we know it today was born, with licences granted to a number of casinos, bingo houses and card rooms across the state.

In the next few decades, the emergence of Las Vegas as the capital of gambling took hold, and a number of mega-money casinos, such as The Flamingo and the Monte Carlo, were founded.

The advent of the internet brought with it many opportunities for businesses of all types, and casinos were quick to take advantage.  A number opened up online casinos as a sideline to their main operation, and soon these would be turning over staggering profits as their popularity amongst gamers – precipitated by the increased availability and affordability of broadband internet – rocketed.  As a result, all of the most popular card games have been replicated and migrated onto the web, and so now players can enjoy blackjack and a host of other games on their desktop and mobile devices.  Some online casinos like Betway offer live dealer games, where players can experience blackjack in a casino-style environment without having to leave home by streaming ‘real-world’ video to their smartphones and tablets. 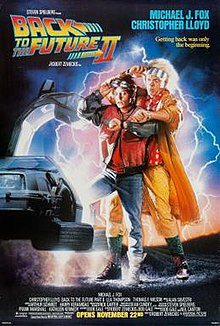 As for where card games are heading…who knows!?  Technology moves at such a fast rate that it is impossible to foresee what’s around the corner; and making such predictions can be foolhardy anyway – who can forget the hoverboards used in Back to the Future II that were supposed to be commonplace this decade?  Casino gamers can expect 4D and VR technologies to become more commonplace in the next few years, but the basic principles of the most popular card games will remain true to their roots which were laid down centuries ago.

Question for students (and subscribers): What is your favorite card game?  Please let us know in the comments section below this article.

Hargrave, Catherine Perry.  A History of Playing Cards and a Bibliography of Cards and Gaming.  Dover Publications, 2012.

The featured image in this article, a photograph of officers of the 114th Pennsylvania Infantry playing cards in front of tents, Petersburg, Virginia, August 1864, is a retouched picture, which means that it has been digitally altered from its original version.  Modifications: 16:9 crop, repaired crack, removed some artifacts.  The original can be viewed here: Officers of the 114th pennsylvania 03882a.tif.  Modifications made by Scewing.  The original can be found here.  This image is available from the United States Library of Congress‘s Prints and Photographs division under the digital ID cwpb.03882 (Civil War photographs, 1861-1865 / compiled by Hirst D. Milhollen and Donald H. Mugridge, Washington, D.C. : Library of Congress, 1977.   No. 0388).  This image is in the public domain because it is a mere mechanical scan or photocopy of a public domain original, or – from the available evidence – is so similar to such a scan or photocopy that no copyright protection can be expected to arise. The original itself is in the public domain for the following reason: This media file is in the public domain in the United States. This applies to U.S. works where the copyright has expired, often because its first publication occurred prior to January 1, 1923. See this page for further explanation.