On August 21, 2019, a report came out that “derogatory student loan debt is growing at ‘stunning’ pace.”  You have borrowed money many times. In fact, chances are you are part of those contributing to the total U.S. indebtedness, which by the end of 2017 stood at over $13 trillion according to the New York Fed; however, do you have any idea where lending came from or even who started it?

You see, lending has been part of the human way of life from the earliest days of civilization. Thousands of years have gone by, yet the basic principles of lending still stand strong. Temporarily transferring wealth to another party so they can put it into work, bear fruits, and later pay it back. All backed by trust.

Lending has been and still is a key factor in industrial, commercial, and national growth. In fact, an argument was put across that without lending, we would never have seen colonization, the industrial revolution, or even the 2008 financial crisis.  The mechanisms that make lending possible have evolved over the years, but the basic principles remain unchanged. In this article, we go back in time and evaluate the key moments in history that defined lending and what led to lending as we know it today.

The Beginning of Payday Loans: Mesopotamia, 2000 BC 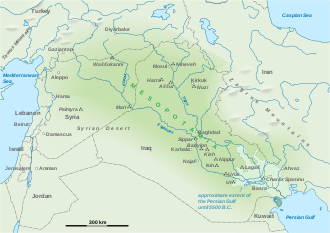 Map showing the extent of Mesopotamia.  Map by Goran tek-en.

Agriculture was the earliest commercial activity, and it comes as no surprise that the earliest form of lending also came from this activity. It all began with simple logic. One seed (capital), if planted, would grow to become a mature plant with many fruits that contained many seeds (profit). Armed with this logic, traders came up with an emergency loan system that allowed farmers to borrow seeds to be paid at a later date. Back then, global warming was not adverse as it is today, so a bumper harvest was guaranteed. Quite impressive, don’t you think?  In fact, the same thing applied to animals. People would borrow animals and later repay the “loan” after the animal gave birth to young ones.

The Introduction of Interest Rates: Mesopotamia, 1754 BC – The Code of Hammurabi 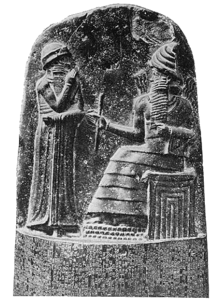 Figures at the top of the stele “fingernail”, above Hammurabi’s code of laws.  Photograph by Luestling.

Grains and animals had inherent value, but at this time, silver had started gaining popularity and people in urban areas used it as a commodity. The only problem was that silver did not have any inherent value, and it did not generate interest naturally.  As such, its value needed to be determined fast to avoid losses and establish a baseline, which is where the Code of Hammurabi comes into play. This code is one of the oldest and long-standing pieces of written history.  The 6th Babylonian king issued this clay tablet, and in it were 282 laws covering a wide range of issues such as liability under a contract, rules and guidelines for public servants, and criminal justice. The Code of Hammurabi also had a price table and outlined how much interest should be charged on loans of silver.

The First Bill of Exchange: India, 321 BC

Map showing expansion of Magadha and the Maurya Empire.  Map by Avantiputra7.

How did it all start?  During the Maura Dynasty in India, certain instruments, known as adesha, obliged bankers holding them to pay a third party the value of a note. The adesha became one of the earliest forms of a bill of exchange.  Back then, merchants used the adesha to facilitate the movement of goods and services between various towns. In such a transaction, there is a need for a trusted third party, who could issue the adesha on behalf of the merchants. Who fits the description better than the religious community? Temples became “banks,” and they were tasked with this job.

The Religious Criticism of Lending 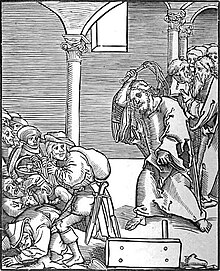 Christ drives the Usurers out of the Temple, a woodcut by Lucas Cranach the Elder in Passionary of Christ and Antichrist.

Many people criticize everything about lending, from the application process to the interest charged on the loans; however, this outcry started way back in history. Religious opinion regarding the lending process and those benefiting from the trade caught fire.  Back then, most authority came from religion, and from it came the banning of usury (interest on lending) by both Christian teachings and the Qur’an; however, the Torah allowed the practice to continue.

It allowed the Jews to charge interest only when trading with non-Jews. As a result, this practice led to the persecution of Jews. In fact, in countries such as Italy, Jews were not permitted to hold any land. Nevertheless, it was only a matter of time until the economic benefits overran the religious restrictions. 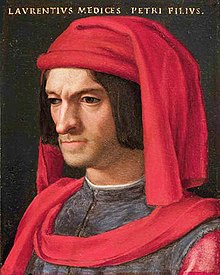 Portrait of Lorenzo de Medici by Agnolo Bronzino at the Uffizi, Florence

During this time, banking was already a way of life, and several prominent families such as the Medici invested heavily in this sector. They introduced merchant banks that covered vast cities and even crossed borders into neighboring countries. With such a wide footprint, they could monopolize information because these details were centralized, and this one family could maximize their potential benefits arising from this knowledge. These banks’ main focus was on agricultural products; however, trade continued to grow, and with growth came complications. To combat risk, the banks came up with a new and revolutionary role. They started providing a soft landing for involved parties should there be a drought or any other threat that would affect their harvest. The banks decided to offer insurance to farmers against crop failure and also insured buyers, promising them future delivery.

The Rose Ryal is a gold coin of the Kingdom of England issued in the reign of King James I.  Photograph by Classical Numismatic Group, Inc.

Gold was already a prominent form of exchange at this time in England; however, of course, not everyone could afford the gold, and those who did did not have up-to-date information on its price. One group of artists, however, had this unique opportunity.

Goldsmiths worked with gold daily and they knew how to examine and correctly tell the value of gold. For these reasons, goldsmiths stored gold for wealthy merchants for a fee. A note was then issued to the merchants indicating the quality and amount of gold in the goldsmith’s possession; however, the goldsmiths saw an opportunity. They started lending out this money they now had that stood for the gold (but not the gold itself) by using promissory notes. For the first time, debt was traded as value, which was opposed to trading precious metals or other commodities that held some value. 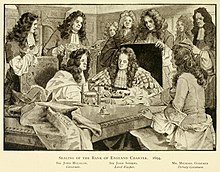 King William III was at the throne during the war between France and England that went on for 9 years. During this period, King William borrowed a lot of money to fund the war, and soon he needed even more money; however, his credit was terrible and he was unable to secure the funds he needed. Then came a magnificent idea from William Paterson, a renowned banker. He proposed that the loan subscribers would be afforded exclusive privileges such as the unique ability to issue banknotes.  As a result, the King was able to raise £1.2M in an astonishing 12 days: from that came the Bank of England in 1694.

That is it for today’s lesson—traveling back in time to when lending took root in society. The global economy greatly relies on the benefits of lending. Therefore, without a doubt, the basic practices will go on well into the future, even as the mechanisms that make it possible continue to evolve. Now there are bitcoins, another revolution.

Question for students (and subscribers): Why is lending important in history?  Please let us know in the comments section below this article.

Albert Cooper is a known content writer from California, USA. He writes content in different niches such as social media marketing, finance, business, etc. He is a daytime blogger and night time reader currently working as a chief content advisor for some business and finance groups. He enjoys pie, as should all right-thinking people.