On September 3, 1838, Frederick Douglas, an African American slave in Maryland, finally made good on an escape attempt, using trains, ferry boats, and steam boats to find his way to Pennsylvania, a “free” state.  Douglas became famous as a spokesman for the abolition of slavery and when slaves were freed in the United States, he became a spokesman and author for African American rights.  The escape engineered by Douglas and a free Black woman he had become friends with was not a spur of the moment running away, but a carefully orchestrated operation.  Here we list 5 escapes that are notable for their fame, notoriety, or ingenuity.  What escapes would you include?

When Douglass met and fell in love with Anna Murray, a free Black woman in Baltimore, she encouraged him to again (he had failed on previous escape attempts) attempt an escape to a “free state.”  Anna provided some money and fake papers to Douglass, who, dressed as a sailor and with a seaman’s papers, took a combination of trains and boats from Maryland through Delaware (another slave state) until he reached Pennsylvania and freedom.  Douglass and Anna were married, and as Frederick was already literate, he became a strident abolitionist voice and a preacher.  He later published books and essays, and became a respected voice on behalf of African Americans.

Operation Dynamo, the evacuation of British (and some allied) troops from the beaches of Dunkirk while under pressure from the German Army in 1940 remains one of the most daring and miraculous escapes in military history.  When the Germans invaded the Low Countries and France in 1940, French and British troops seemed powerless to stop the onslaught.  The German ‘Blitzkrieg’ steamrolled its way across France and it seemed certain the British Army in France would be destroyed or captured once they were cornered in a small perimeter around Dunkirk on the English Channel.  Amazingly, the German ground assault paused for rearming and rest, while the Luftwaffe attempted to destroy the British and French beachhead through airpower.  The British assembled a gigantic fleet of warships, tugs, cargo vessels, yachts, private and government owned boats of all sorts and under heavy attack by German fighters and bombers evacuated 338,226 British and Allied soldiers from certain death or capture to in France to England where those soldiers could be reequipped and fight the Germans another day.  Called “The Miracle at Dunkirk,” this is perhaps the greatest largescale military escape in history.  The 2017 major motion picture, Dunkirk, is a great depiction of this amazing course of events.  (Note: See our review of Dunkirk from July 20, 2017.)

One of the biggest “Drug Lords” ever, Joaquin “El Chapo” Guzman of Mexico was listed by Forbes Magazine as one of the most powerful people on Earth and was worth at least a billion dollars.  Captured in 1993, he escaped from custody in 2001 by bribing prison guards.  In 2014 he was recaptured, and jailed again in a Mexican maximum security prison, but escaped on July 11, 2015 via a tunnel directly to his cell that measured an incredible 1.5 kilometers, almost a mile, in length!  The shower area of his cell was the only part of the cell not monitored by surveillance camera, and when Guzman was not seen for 25 minutes after entering the shower, guards went to his cell to investigate.  There they found a hole in the shower floor leading to the escape tunnel, and Guzman was gone.  After a 33 foot climb down a ladder from the shower, the tunnel was found to be equipped with ventilation ducts and electric lights, and even a motorcycle that Guzman is believed to have used to traverse the tunnel!  Construction of the tunnel was first class, using only top-grade construction material and techniques.  Guzman was tracked down in January of 2016 and escaped as his men fought a gun battle with Mexican Marines, again by a tunnel leading from his “safe house.”  Guzman managed to steal a car and get 20 kilometers from the scene of the raid before being once more apprehended.  This time, Guzman was extradited to the United States where a third escape is less likely.  (Note: “El Chapo” is a nickname meaning “Shorty.”) 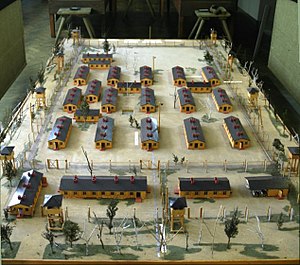 During World War II the Germans operated Stalag Luft III as a prisoner of war camp for captured Allied airmen.  The camp held 11,000 Allied prisoners, and for 600 of them, escape was a priority.  Working around the clock for a year, 3 tunnels were dug 30 feet below the surface.  As disposing of the dirt was a problem, ingenious methods such as creating bags of dirt inside their pants to be dumped surreptitiously.  When this method became no longer feasible, one of the tunnels was refilled with dirt excavated from the remaining 2 tunnels.  The tunnels were equipped with lights and air ducts, air pumps being rigged out of extraneous materials found around camp.  Although Americans were in on the plan with British officers, the Americans were transferred and not present when the big night of the escape came.  On March 24, 1944, 200 British officers, specially selected for health and ability to speak German, were planned to make their escape, but only 76 men managed to escape.  The 77th escaping prisoner was caught in the act, eliminating the others from having a chance to get out of the camp.  Furious efforts by the Germans resulted in 73 of the escapees being recaptured, and of those 50 were executed.  An incensed Adolf Hitler ordered all the escapees as well as the prison guards, and prison architect to be executed, and some of those guards were killed.  The escapees had planned diligently, equipping the men with false papers, maps, money, and civilian clothing.  This epic POW escape is depicted in the 1963 movie, The Great Escape.

Benito Mussolini was the flamboyant dictator of fascist Italy from 1922 and into World War II.  When things went badly for Italy, the people and the King turned on their blustering dictator and Mussolini found himself dismissed from the government and arrested.  Fellow dictator and ally, Germany’s Adolf Hitler, desperately needed Italy to remain in the war against the Allies, and that could only happen if Mussolini was still in charge.  Hitler sent a crack unit of paratroopers under the leadership of Special Forces officer extraordinaire, Otto Skorzeny, to rescue Mussolini from prison in Operation Eiche (Oak), known as the Gran Sasso Raid.  A little over 100 SS and paratroop soldiers landed in a dozen gliders in the mountain hideaway Mussolini was being held at.  Defended by 200 Italian police, the Germans quickly overcame resistance and freed Mussolini.  Skorzeny and Mussolini flew off the mountain in a small airplane in a harrowing takeoff under conditions of being overloaded and with a painfully short takeoff zone.  This daring raid resulting in Mussolini’s escape from prison is considered an epic military coup.  Unfortunately for Herr Hitler, a dispirited and broken Mussolini was unable to regain any real power in Italy and Germany had lost their ally.