On October 16, 1972, a Cessna 310 light airplane carrying Congressman Nick Begich (D-Alaska) and Congressman Hale Boggs (D-Louisiana) along with the pilot and Begich’s aide disappeared on a flight from Anchorage to Juneau. The disappearance of 2 members of Congress is a big deal, and a massive search was mounted, continuing for 39 days until no hope of finding the plane’s occupants alive remained. No trace of the plane or its passengers was ever found, and this incident led to legislation requiring Emergency Locating Transmitters on all US commercial flights.

Incredibly, both men were re-elected to Congress a couple weeks later even though they were presumed dead. In January of 1973 they were officially presumed dead, clearing the way for special elections to replace them in the House of Representatives. Louisiana elected Marie Corinne “Lindy” Boggs , Hale’s widow, to his seat, the first woman elected to Congress from Louisiana. (Note: A daughter of Hale and Lindy Boggs is Cokie Roberts, famous television personality.)  Begich was succeeded in Congress by Don Young, the Republican Begich had beaten posthumously. A son of Begich later became a US Senator from Alaska. 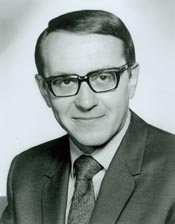 Nick Begich, Member of the U.S. House of Representatives

Conspiracy theories began almost immediately when the plane’s disappearance was announced, as Boggs had earned the ire of the FBI and powerful government interests by openly criticizing FBI Director J. Edgar Hoover and his agency, and paranoid President Richard Nixon had taken a dislike to Boggs, even conspiring with Gerald Ford to smear the Congressman, accusing Boggs of having an alcohol and pills problem.

A more pressing issue was the fact that Boggs had served on the Warren Commission that investigated the assassination of President John F. Kennedy, and Boggs had disagreed with the official explanation. This conspiracy was fed by the 1979 novel by spy-writer Robert Ludlum (the guy that wrote the Jason Bourne stories), The Matarese Circle, in which Ludlum portrayed Boggs as having been killed to continue to cover up the JFK murder. As we find out more and more over the years of the lies and intrigue perpetrated by the US Government over the years, some of these conspiracy theories become not so far fetched. Hey, you are not paranoid if they really are out to get you!

Question for students (and subscribers): Was this plane crash and inability to find any trace of it a normal accident, or was some sort of conspiracy involved? Please share your thoughts on this subject with our other readers in the comments section below this article.

(Note: On a personal connection, as a US Marine Corps officer in 1982 or 1983 I was the assigned escort for Lindy Boggs one evening at a Washington, DC arms and defense systems convention. She was gracious and quite nice. Unfortunately, Lindy Boggs died in 2013 at the age of 97.) 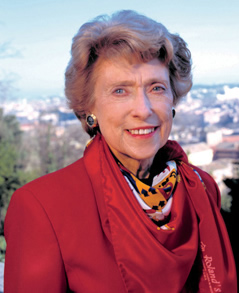