On May 5, 1802, two of Napoleon‘s generals entered into a pistol duel to the death over perceived insults between them.

Back in early 1801, the French soldiers that had remained in Egypt after Napoleon’s failed expedition there were trying their best to prevent an English army from pushing them out of the country.  The French commander-in-chief, General Menou, had only gotten the job after the previous commander General Kléber had been stabbed to death by a religious fanatic.  More of an administrator and less of a battlefield commander, Menou was in over his head.

In March of 1801, the French army under Menou launched a surprise night attack on the English army at the Battle of Canope, also known as the Battle of Alexandria.  The French lost the battle, significantly reducing their odds of remaining in Egypt or even achieving favorable terms with the English.  Before long, the French high command was casting blame about.  Menou blamed General Reynier and some other officers for purposely losing the battle, while Reynier and a few others openly criticized Menou’s lack of leadership.  With all the infighting going on, you would think the English had nothing to do with the French loss of the battle! 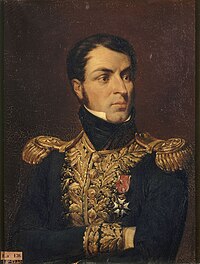 Events came to a head when Menou accused Reynier of treason and ordered his arrest on the night of May 13th, 1801.  He ordered his chief of staff General Destaing to arrest Reynier, and Destaing decided to do this in the most unsubtle manner possible, by taking a sizable contingent of armed troops and completely surrounding Reynier’s house in Alexandria.  Concerned for his safety, Reynier refused to come out and was prepared to defend himself violently if need be, but he finally surrendered when he learned that his fate was to be put on a ship and sent back to France.

Reynier was shipped back to France, where he tried unsuccessfully to convince Napoleon that the downfall of the French presence in Egypt was Menou’s fault.  Receiving little support from Napoleon, Reynier decided to write a history of the campaign entitled State of Egypt after the Battle of Heliopolis that denounced General Menou and his actions.  Meanwhile, under Menou’s leadership the French had indeed been forced to surrender to the English in September of 1801, and one of the many treasures they had to surrender was the Rosetta Stone they had found. 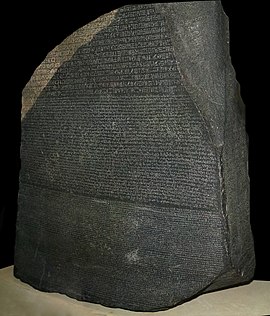 By 1802, all of the involved parties had returned to Paris.  General Destaing, who had arrested Reynier back in Alexandria, read a copy of Reynier’s book and became furious when it mentioned that he, Destaing, had left the battlefield of Canope almost immediately after receiving a slight wound!  Greatly offended, Destaing challenged Reynier to a duel, who was only too happy to oblige.  Despite laws against dueling, the two generals met up on May 5th, 1802.  Dueling with pistols, Reynier killed Destaing with a single pistol shot to the chest.

Napoleon was furious that one of his generals had killed another, especially given that quality generals were not exactly easy to find.  Napoleon banished Reynier from Paris for a few years, but in the end Reynier was too good of a general to remain unemployed, and he distinguished himself as a commander in the following years.  When Reynier finally died in 1814, Napoleon wrote that Reynier was “a man who served well, who was an honest man, and whose death was a loss for France and for me.”

Question for students (and subscribers): Would you ever fight in a duel?  Please let us know in the comments section below this article.

The author of today’s article, Nathan D. Jensen, graduated from the University of Wyoming with a B.S. in Computer Science and a minor in History.  He is a Fellow of the International Napoleonic Society and specializes in military history.  He previously contributed an article on a general who tried to overthrow Napoleon!  To learn more about Napoleonic history, please visit his website arcdetriomphe.info.

The following are among the best recent books published on this time period in general (we recommend reading them in the order listed below):

The featured image in this article, General Jean-Louis-Ebénézer Reynier leaning against a tree, in a portrait drawing by André Dutertre made during the French campaign in Egypt, is a faithful photographic reproduction of a two-dimensional, public domain work of art. The work of art itself is in the public domain for the following reason: This work is in the public domain in its country of origin and other countries and areas where the copyright term is the author’s life plus 70 years or fewer.

Nathan D. Jensen graduated from the University of Wyoming with a B.S. in Computer Science and a minor in History. He is a Fellow of the International Napoleonic Society and specializes in military history.