On January 2, 533, Mercurius, son of Projectus, a Roman priest was elected Pope by the Catholic Church.  Mercurius, his name being derived from the pagan Roman messenger god, Mercury, thought his own name was inappropriate for one who would lead the Christian Church and decided to take another name instead of his own.  His chosen name under which to serve as Pope of the Catholic Church was John, and he became Pope John II.  The “John” he named himself after was not Saint John the Apostle, nor Saint John the Baptist, but instead was taken after the first Pope to bear that name, Pope John I, who was venerated as a martyr.  Thus, the practice of a newly elected Pope taking on a name other than his given name had begun, a practice still followed today, although the practice was not immediately followed after the passing of Pope John II.

Pope John I had ascended to the Throne of Saint Peter (the Papacy) in 523, and was dispatched by Ostrogoth King Theodoric as an emissary to Constantinople on behalf of the Ostrogoths to negotiate better terms for his people.  Upon his return, Pope John was imprisoned by Theodoric despite the success of his mission.  Theodoric, paranoid as kings have been throughout the ages of plots and conspiracies against them, suspected John of conspiring with the regime in Constantinople (the Eastern Roman Empire, 330 to 1204 and then again from 1261 to 1453) against Theodoric, and the King had Pope John imprisoned under harsh conditions.  Like many Popes, John I was already a frail old man when elected, and his imprisonment quickly led to his death in 526, earning his status as a martyr. 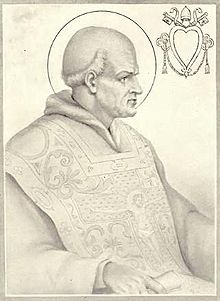 1911 illustration of Pope John I by Artaud de Montor and Alexis François from https://archive.org/details/livesofpopes01artauoft.

In seeking inspiration for a new name, Mercurius did not have to go back very far in history to find John I as an appropriate namesake.  Pope John II served a term as Pope even shorter than that of Pope John I, reigning barely over 2 years before he too, died.  Pope John II was succeeded by Pope Agapetus I, who served an even shorter reign as Pope, dying less than a year after being elected Pope.  (Note: Pope Agapetus I is not the Saint Agapetus with the Feast Day of August 6. Pope Agapetus I is also a canonized Saint, with a Feast Day of September 20.)  Pope Agapetus was succeeded in turn by Pope Silverius, who reigned from June of 536 until March of 538, less than 2 years.  Silverius is notable for being the (legitimate) son of a previous Pope, Pope Hormisdas (reign 514-523).  Silverius was born before Hormisdas had entered the priesthood.  Pope Silverius was deposed by Byzantine general Belisarius who had invaded Italy from Constantinople (Byzantine Empire) and besieged Rome.  Belisarius placed Pope Vigilius, a Byzantine, on the papal throne as Pope Vigilius in 537.  Vigilius, born with that name, served a much longer term as Pope, reigning until he died (of natural causes) at the age of 55 in 555.  Having a Pope elected at the tender age of only 37 must seem strange to Catholics today who are used to elderly priests assuming the Papacy.

The history of the Papacy is a long and convoluted story of intrigue, murder, debauchery, plots, conspiracy and fighting, with times of multiple “Popes” competing for the authentic status as Pope.  Recently, Pope Benedict XVI served from 2005 until 2013 when he resigned as leader of the Catholic Church, allegedly for reasons concerning his frail health.  This resignation was a monumental event in Papal history, as no Pope had resigned the Papacy since Pope Gregory XII resigned under pressure in 1415, and the last Pope to resign without being forced to do so was Pope Celestine V in 1294.  Benedict, now referred to as “Pope Emeritus,” is still quite alive and living in relative seclusion.  Rumors and speculation about his “real” reason for resigning are rampant.  Age 85 at the time of his resignation, Benedict’s claim of frailty and lack of energy is understandable, although certainly at odds with centuries of Pope’s staying in office until death regardless of health.  His given name prior to choosing to serve as “Pope Benedict XVI” was Joseph Aloisius Ratzinger. 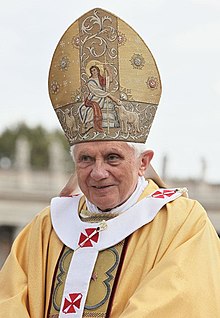 The current Pope is Pope Francis, the first Pope to bear that name, chosen by Cardinal Jorge Mario Bergoglio of Buenos Aires, Argentina, in honor of Saint Francis of Assisi.  Pope Francis is also notable for being the first non-European Pope in about 1300 years.  Consistent selection of a name under which to serve as Pope other than the birth name of the Papal nominee started around 983 with the ascension of Pope John XIV, born as Pietro Canepanova.  Between Pope John II and Pope John XIV, newly elected Popes often took a Latinized version of their birth name.

There have been around 266 Popes so far, with some muddled legitimacy to certain Popes and “Anti-Popes,” and some further confusion about the names of some of these Church leaders.  There have also been periods in which no Pope was serving in office, known by the Catholic Church as “Sede vacante,” or as an interregnum.  Normally these periods between Popes are short, amounting to a few days or weeks until a new Pope can be elected.  There have been 4 instances in the past of periods between Popes that stretched for over 2 years, the longest being 2 years and 10 months from November 29, 1268 to September 1, 1271.

Monogram of John II on a marble slab in St. Clement’s Basilica.  Photograph by Matthias Holländer at German Wikipedia.

Some Popes are considered by many as “great” Popes, while others are not so highly regarded.  As with Presidents of the United States, historical circumstances surely play a part in whether or not a Pope has the opportunity to make a lasting mark on history and the Church, while other factors such as the health of the Pontiff can also greatly limit or expand the opportunity for greatness.  Mercurius, aka Pope John II made his mark by choosing a different name under which to serve as Pope, marking the start of a long lasting tradition.

Question for students (and subscribers): Do you have a favorite Pope?  Which Popes do you think were failures?  What is your favorite name taken by a Pope?  If you became Pope, what name would you choose?  Has there ever been or should there ever be a female pope(ss)?  Why or why not?  Please let us know in the comments section below this article. 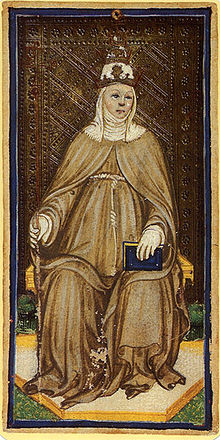 North, Wyatt. A History of the Popes: Volume I: Origins to the Middle Ages (Volume 1). CreateSpace, 2015.

Phillips, Charles. The Illustrated History of the Popes: An Authoritative Guide to the Lives and Works of the Popes of the Catholic Church, with 450 Images. Lorenz Books, 2018.