As recorded, Joseph Robinson was the first person to come up with the idea of a vaporizer. It was in 1927 when he first gave his description of what a vaporizer would be; however, production of this device did not start at this time.

E-cigarettes often have a high-tech look.  Photograph by Chris F.

Regarded as a “smokeless, non-tobacco cigarette,” Herbert A. Gilbert became the first person to craft the predecessor of modern e-cigarette like those found on epuffer.com site. Nevertheless, his device never gained support from Big Tobacco, and didn’t receive any mass production. Big Tobacco, specifically, consists of five of the largest tobacco companies. 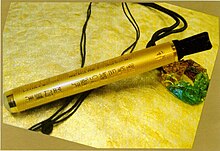 The Ruyan e-cigar was first launched in China in 2004.  Photograph by Jodanw22 at English Wikipedia.

A Chinese pharmacist, Hon Lik, performed various experiments before he patented an electronic cigarette. The model created this year was a three-piece unit device, and the device included a cartridge, atomizer, and battery.  The cartridge was used to hold a liquid that was passed to an atomizer. An atomizer is then used to heat and vaporize this liquid. Lastly, we have the battery, which acts as a power source for the atomizer.  In 2004, China mass produced his device – the device looked like a slightly thick pen.

A no smoking or vaping sign from the US.  Photograph by Mike Mozart from Funny YouTube, USA.

By this time, the FDA (Food & Drug Administration), was fully aware of the existence of e-cigarettes,and they declared it an unapproved medical device. The World Health Organisation (WHO) issued a report stating that the research performed was not enough to support any safety or medical claims. They also demanded a halt to claims of WHO approval on their products.

The company producing the brand ‘Smoking Everywhere’ filed a lawsuit against the FDA in the US Federal Court. After being joined by another e-cigarette company, they won an injunction to shipment seizures which had become rampant by this year. Later, a now-infamous advisory was released by the FDA, which claimed that e-cigarette cartridges contained harmful ingredients. 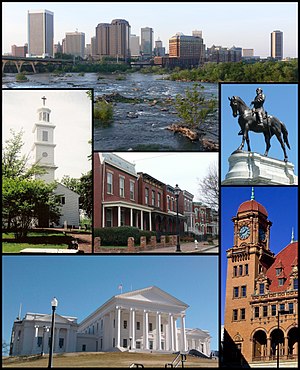 Collage of images of Richmond, Virginia.  The original uploader was Onemoregain at English Wikipedia.

In this year, a group of proud e-cigarette owners emerged. They decided to host the first ever VapeFest, which was held in Richmond, the capital of Virginia. A similar event was also held in the UK that same year; however, this year was not just for celebration. The FDA was again aiming to have e-cigarettes banned, but ended up losing the case at the US Court of Appeals. The United States Air Force declared e-cigarettes a tobacco product and included it in its broad smoking restrictions.

Electronic cigarettes can come in very different forms—such as this hand-grenade-shaped variant.  Photograph by Ecig Click.

E-Cigarettes were branded the future of smoking. They had become far more widespread and were made available in most convenient stores. 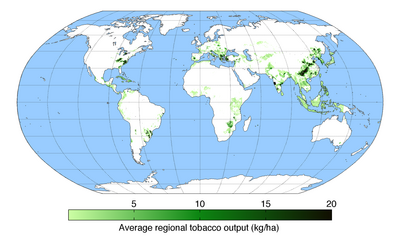 Map of tobacco production across the world.  Map by AndrewMT.

2013 is the year when Big Tobacco decided to join the e-cigarette market after it proved to be profitable. Sales reached $1.5 Billion. 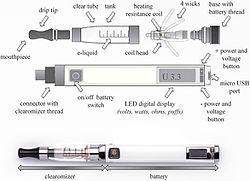 Exploded view of electronic cigarette with transparent clearomizer and changeable dual-coil head. This model allows for a wide range of settings.

The e-cigarette, now known as a vape, has received significant recognition.  The vape world has seen the innovation of different smoking products too.  E-cigarettes come is various configurations.  These include various e-liquid flavors, replaceable batteries and different types of vaporizers that come in all shapes and designs.

Question for students: What do you think about electronic cigarettes?  Please let us know in the comments section below this article.

The featured image in this article, a photograph by Ecig Click of various types of e-cigarettes, is licensed under the Creative Commons Attribution-Share Alike 2.0 Generic license.  This image was originally posted to Flickr by jonnwilliams at https://flickr.com/photos/127457165@N03/17679064871.  It was reviewed on 10 November 2015 by FlickreviewR and was confirmed to be licensed under the terms of the cc-by-sa-2.0.