On June 5, 1916, Louis Brandeis was sworn in as the first Jewish Justice of the Supreme Court of the United States.  Here we list 10 Jewish “firsts” of either significance or curious interest.  (Bonus: The First Jewish Oscar Winner was Paul Muni for The Story of Louis Pasteur, 1936.)

This Polish born American Jew served as a secret agent during the American Revolutionary War and provided the young country with economic expertise during the chaotic first years.  Salomon worked with George Washington who was clear about freedom of religion for Jews.

President Martin van Buren ordered the US consul in Alexandria to protect Jews in Damascus that were being persecuted for false charges of conducting a blood ritual.  Although not particularly helpful to Jews inside the Third Reich before and during World War II, the US has in more recent times been a staunch ally of Israel and Jewish people throughout the world.  (Some would say too staunch, some others would say not staunch enough.)

Strauss became the first Jew appointed as a presidential cabinet member when Teddy Roosevelt appointed him Secretary of Commerce and Labor. He was also the first Jewish Ambassador from the US, 1887.

Okay, other presidents may have had a Jewish mistress (or more), but Clinton was the first sitting Commander in Chief to be outed for having an affair with a young Jewish intern, Monica Lewinsky.  Clinton was pretty cozy with Jewish people, having appointed more Jews to his cabinet than all previous presidents combined. (According to Aish.com.)

Obama himself proudly stated that he had been called “The first Jewish President” by Jeffrey Goldberg of the Atlantic.  He went on to clarify he considered the “title” as honorary, but that he had hosted 7 Seders at the White House.  Also, Obama has had 2 Jewish Chief of Staff‘s. (Meanwhile, you do not hear so much about Bill Clinton being the first black president anymore.)  Senator Bernie Sanders of Vermont has declared himself a candidate for the Democratic nomination for President for the 2016 election, so who knows, perhaps Sanders could become the first actual Jewish president.  Sanders actually spent several months on a Kibbutz in Israel as a young man.  Contrary to popular belief, Barry Goldwater, the Republican nominee in 1964, was Episcopalian, although he had Jewish heritage on his father’s side. 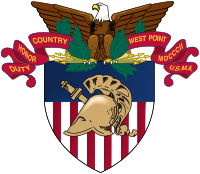 As evidenced by #9 above, it did not take long for Jewish Americans to become fervent patriots.  Levy was the second graduate in the history of the United States Military Academy at West Point.

Although there is no recognized “founder” of Judaism, generally speaking Abraham is regarded as the “first Jew” and in a manner can be considered the “founder,” unless of course you find that offensive and consider God as the Founder.  Mention of “Israel” and “Israelites” go back prior to the development of the Jewish religion, making a founding date (of sorts) circa 5th or 6th Century BC more likely than the first mention of Israel.  The oldest of the famous “Dead Sea Scrolls” date back to around 400 BC  (I saw some of them in a museum in Israel.) 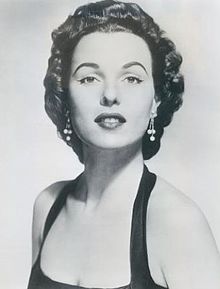 Beautiful Bess Myerson was crowned as the first Jewish Miss America shortly after the end of World War II and during the horrible revelations about the Holocaust in Europe.  Surprisingly, she remains the only Jewish Miss America to date.  She died at age 90 in 2014.  A feminist, Myerson was often discriminated against because of her faith and heritage and suffered the shameful withdrawl of 3 of the 5 companies that sponsored the Miss America pageant.  Active on television, in politics, and in social causes, Myerson was a public person until unproven accusations of judicial tampering soured her on public issues.

Harry Truman on behalf of the United States quickly recognized the State of Israel in only 11 minutes after the proclamation of independence.  Thus started a long and sometimes strained relationship between the 2 allied countries.

Question for students (and subscribers): What people and events would you list?  Please let us know in the comments section below this article.