On November 8, 2016, the 58th quadrennial American presidential election will be held.  In the current race to become a major party Presidential Nominee, the list of candidates lack military experience or inclination, with only Donald Trump having the slightest military connection.  Considering that each of these candidates wants to be the Commander in Chief of our military forces the situation is somewhat ridiculous.  Of our 44 Presidents only 11 had no military experience.

Trump claims the closest thing to military experience by having attended the New York Military Academy from age 13 (8th grade) through high school.  Established in 1889 the NYMA has a distinguished list of graduates although facing financial problems in recent years.  Trump drilled, wore a uniform, participated in athletics and led a structured military type life while there.  Unfortunately, The Donald was ineligible for the military draft due to heel spurs, but had a high draft number and would not have been drafted. 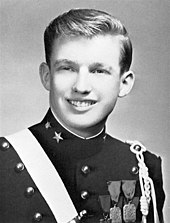 Rafael Eduardo “Ted” Cruz was born in 1970 and did not have to contend with the military draft, but was a skinny and wimpy young man more attracted to academic than physical or martial pursuits.  Instead of pursuing any of the masculine rites of passage most boys go through (such as contact sports or physical labor) Cruz was on the debate team and Free Market Education Foundation.  Certainly a good student, but not exactly the kind of guy to lead men into combat.  Of course, he has no military connection.

John Kasich never participated in the military or military prep, and is reportedly “fortunate to have received a high draft number” to avoid service, and of course he did not volunteer!  I also could find no record of Kasich engaging in any serious physical labor or contact sports, either, although he was indeed a frat boy in college and went right into politics after college.  For some unknown reason Kasich served on the House Armed Services Committee despite having no military credentials, and like typical paper tigers was known as a “Hawk” on military matters despite personally having no stomach for such service.

Hillary Clinton kind of gets a pass on this one, for although women certainly could serve in the military, women of her age would not have been in combat or faced the draft, and only a low percentage of females made up the military at the time.

Bernie Sanders, however, sought Conscientious Objector status to avoid service during Viet Nam, and ended up with a high enough draft number to not be drafted.  Of course, he has no military experience, although he at least was a decent athlete, excelling in track and basketball. 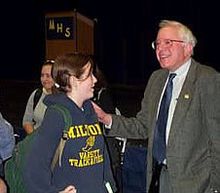 Willard “Mitt” Romney is not a declared candidate, but rumors have him behind the scenes hoping to be handed the Republican nomination at a brokered convention.  He of course chose to fly to France where he spent his draft eligible years cycling around the countryside as a Mormon missionary.

Question for students (and subscribers): Should the president of the U.S. have military experience prior to becoming president?  Please let us know in the comments section below this article.

Numerous other articles about this sorry state of potential Commander in Chiefs are available on the web, including: http://www.salon.com/1999/07/08/guard/, http://www.ibtimes.com/gop-debate-2015-military-experience-republican-presidential-candidates-raises-2039777, and http://theleadernews.com/wannabe-presidents-are-militarily-a-sorry-lot/.