On this date, December 9, 1946, the “Subsequent Nuremberg Trials” began with the “Doctors’ Trial”, prosecuting doctors alleged to be involved in human experimentation.

As if shooting and blowing people up is not bad enough, the Nazis of Germany’s World War II regime took the horror of war a step further!  Digging deeper, we find on this date in 1946 the start of 23 trials at Nuremberg of 20 doctors and 3 Nazi officials for war crimes concerning the cruel use of “medical research.” 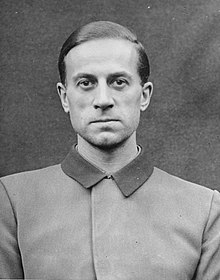 The bizarre excuse for what passed for research included experiments with various poisons to be used in extermination camps or as weapons, starvation, how long it takes people to die from hypothermia in various conditions, the progression of disease intentionally given to people, organ and limb transplant surgery, reactions to torture, and methods of sterilization of people the Nazis considered subhuman.  Aside from Jews, Slavs, Gypsies, Homosexuals, and mentally or physically handicapped people, more or less anyone who was opposed to the Nazi state was considered fair game as a human guinea pig!  These subjects were usually left dead and discarded, or at the least were maimed for life.

Perhaps the most famous of these evil doctors actually escaped trial with the others by slipping off to South America at the end of the war.  Joseph Mengele (played by Gregory Peck in the film Boys From Brazil) was an SS doctor at the Auschwitz death camp and evaded capture until his death in 1979 in Brazil.  He is considered the most evil doctor in history. 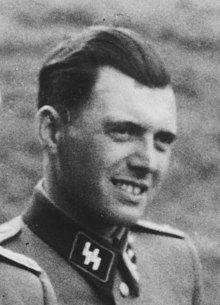 Of the 23 men tried, 7 were acquitted, 7 were sentenced to death by hanging, and the remainder received prison sentences for as little as 10 years or as much as life.  The condemned men were hanged in June of 1948.  Thus closed one of the truly sad chapters in the history of man’s cruelty to other men.

Question for students (and subscribers): When, if ever, is human experimentation acceptable?  Please let us know in the comments section below this article.

For more information on this infamous trial, see…

The featured image in this article, a photograph showing when a sentence of death by hanging is pronounced by a US War Crimes Tribunal upon Adolf Hitler’s personal doctor, 43-year-old Karl Brandt, is in the public domain in the United States because it is a work prepared by an officer or employee of the United States Government as part of that person’s official duties under the terms of Title 17, Chapter 1, Section 105 of the US Code.  Brandt, who was also Reich Commissar for Health and Sanitation, was indicted by the U.S. prosecution with 22 other Nazi doctors and SS officers on war crimes charges in the first case of alleged criminals tried after the judgment in the International Military Tribunal.  The Tribunal found him guilty on all four counts charging him with conspiracy in aggressive wars, war crimes, crimes against humanity, and membership in the criminal SS organization. Among those criminal acts was his participating in and consenting to using concentration camp inmates as guinea pigs in horrible medical experiments, supposedly for the benefit of the armed forces.

Brandt, who was executioner of thousands of political, racial, and religious persecutees, was hanged on June 2, 1948 at Landsberg prison after the U.S. Military Commander Gen. Lucius D. Clay and the U.S. Supreme Court upheld the sentence of the Nuremberg Tribunal.  In a long-winded speech that was finally muffled when the black hood was thrown over his head, Brandt shouted arrogantly, “It is no shame to stand on this scaffold; I have served my country as have others before me.”