Tuesday, February 18
Trending
You are at:Home»August»August 18»Canadian Mother Given Custody of 1 Year Old Despite Being Charged with Murder (She Killed the Kid!)

On August 18, 2003, a tremendously sad and unusual murder took place when a Newfoundland mother who had been given custody of her 1 year old son murdered the little boy despite the mom being on bail for the murder of her husband!  Wow, does that seem like a poor choice on the part of the court?  The infamous case resulted in Canada amending its laws about awarding child custody.

Shirley Jane Turner of St. John’s, Newfoundland and Labrador, Canada, was facing extradition to the United States for the murder of the father of her child, Andrew David Bagby.  She was out on bail at the time, while facing extradition to the US.  Turner had a tumultuous history of relationships, with a couple of failed marriages and other affairs, and had given birth to a total of 4 children, including little Zachary, born July 18, 2002, the son of Shirley and her latest boyfriend, a medical doctor 13 years younger than Shirley, who was also by this time a medical doctor. Shirley had a history of stalking a previous boyfriend and exhibited erratic behavior, notably when caught in lies.  She even attacked a much younger boyfriend by belting him with a high heeled shoe in 1997! 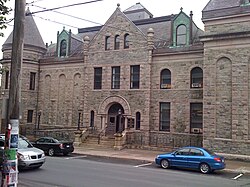 The Supreme Court of Newfoundland and Labrador; Shirley Turner’s extradition proceedings were conducted here.  Photograph by Skookum1 at English Wikipedia.

In 2001, Shirley legally purchased a compact .22 caliber handgun, which she trained with at lessons at a shooting range.  With Shirley working in Omaha, Nebraska, and Andrew living and working in Latrobe, Pennsylvania, the 2 conducted a long distance relationship that included an alleged burglary of Andrew’s apartment by Shirley.  When Andrew broke up with Shirley in October of 2001, he put her on a flight back to Iowa (where she was living while working in Omaha).  The mercurial female doctor was, to say the least, miffed.  After making several calls to Andrew, she packed up her car and drove the nearly thousand mile road trip to Latrobe to confront Andrew.  Andrew told colleagues that his ex-girlfriend had come to Latrobe and confronted him, though Andrew did not follow a friend’s advice to not meet Shirley.  Andrew had told his friend that he would then give the friend a call or stop by and relate what had transpired after meeting with Shirley.  Andrew never did call or show up, giving his buddy cause for concern.  Andrew’s lifeless body was found the next day, riddled with .22 caliber bullets.

A murder investigation quickly determined that Shirley had used the phone and computer in Andrew’s apartment on November 5, 2001, the day Andrew was murdered.  Further investigation also revealed that Shirley’s shooting instructor described her pistol as sometimes ejecting unfired rounds, which tallied up with what police found at the murder scene, that is, unfired rounds among the fired brass ejected by the pistol.  Incredibly, investigators also found condoms purchased by Bagby in October of 2001 at Shirley’s Iowa residence, apparently taken from Andrew’s apartment. 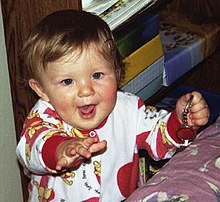 This low-resolution photograph of Zachary Turner, an infant boy who was murdered in 2003, is of historical interest and is used in an article intended for educational purposes per fair use under the copyright law of the United States.

Shirley may have been highly unstable, but not a complete moron.  She wisely fled the United States and went to Canada, as her mother had been a Canadian resident prior to marrying Shirley’s American father.  Shirley had apparently been impregnated by Andrew right before the break up of their relationship, and she had her son, Zachary, in July of 2002.  The Royal Newfoundland Constabulary had arrested Shirley in December of 2001, but Justice Gale Welsh went along with allowing bail while she awaited extradition as they did not see her as a flight risk or a danger to others, despite having fled the US and allegedly having murdered someone!

Free on $75,000 bail, Shirley refused to allow the parents of Andrew visitation of their new grandson, sparking a legal custody battle.  Meanwhile, Shirley began another romantic affair, though the man broke off the relationship when he found out she was wanted for murder.  On August 18, 2003, Shirley dosed herself and her toddler with Ativan and plunged both of them into the Atlantic Ocean, where they both drowned.  Prior to committing the murder-suicide, Shirley left staged evidence to frame her recent boyfriend. 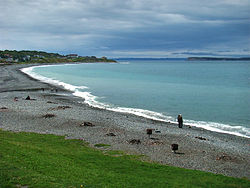 Conception Bay South, where Shirley Turner drowned herself and her son Zachary.  Photograph by Tango7174.

The case became notorious, and fingers were inevitably pointed (as they should be!).  Shirley’s psychiatrist was found by the College of Physicians and Surgeons of Newfoundland and Labrador to have acted improperly in helping Shirley post her bail.  Dr. John Doucet, guilty of professional misconduct, was fined $10,000 and ordered to undergo psychiatric evaluation himself, and Justice Gale Welsh, guilty of poor judgement but not punished, had teamed up to allow an unstable person the opportunity to commit a horrific act.  It seems exaggerated concern for the rights and feelings of Shirley, including her presumption of innocence, had blinded the authorities to the rights and safety of the child, Zachary.

Zachary’s grandparents, who had now lost a son and a grandson to Shirley Turner, were active in prompting a review and reorganization of Canadian laws regarding child custody.  Bill C-464, or “Zachary’s Bill,” was signed into Canadian law in 2010 after years of activism by the Bagby family.  David (Grandpa) Bagby had a book published in 2007 about the case, Dance with the Devil: A Memoir of Murder and Loss, and a 93 minute film documentary called Dear Zachary: A Letter to a Son About His Father, was released in 2008, largely made from home movies.  The film won several awards.

This low-resolution theatrical release poster by Oscilloscope Films is used in an article intended for educational purposes per fair use under the copyright law of the United States.

Child custody is a complex and convoluted subject, prone to extreme emotions and opinions.  While there are no easy answers, the one over riding goal should always be the safety of the child.  Do you agree?  Question for students (and subscribers):  What other child custody fiascoes have you heard of?  Please let us know in the comments section below this article.

Bagby, David. Dance With the Devil: A Memoir of Murder and Loss.  Diversion Books, 2015.

Meyer, Cheryl and Michelle Oberman.  Mothers Who Kill Their Children: Understanding the Acts of Moms from Susan Smith to the “Prom Mom.” NYU Press, 2001.

The featured image in this article, a photograph by Tango7174 of Topsail Beach, Avalon Peninsula, Newfoundland, Canada, where Shirley Turner drowned herself and her son Zachary, is licensed under the Creative Commons Attribution-Share Alike 4.0 International, 3.0 Unported, 2.5 Generic, 2.0 Generic and 1.0 Generic license.