On August 14, 1994, Ilich Ramirez Sanchez, Venezuelan terrorist and one of the most wanted men in the world, was finally arrested by authorities in the Sudan and turned over to French law enforcement.

The man who was dubbed “Carlos the Jackal” by the media after the Fredrick Forsythe novel (1971), The Day of the Jackal, had been fighting against Israel on behalf of the Palestinian people for close to 30 years.  Ilich’s father was an avowed Marxist, which is why he gave his son the Russian name Ilich.  Ilich’s 2 siblings were named Vladimir and Lenin. 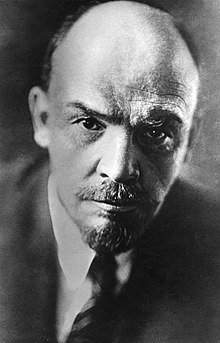 Predisposed to hate the capitalist democracies of the west, Sanchez joined communist organizations and went to a terrorist training camp conducted by Cuban advisors.  He then attended Patrice Lumumba University in Moscow but was expelled in 1970.  From there he went to the Middle East where he began his career as a guerrilla fighter and terrorist for the Popular Front for the Liberation of Palestine (PFLP) terror organization.  It was his recruiter to the PFLP that gave him the code name, “Carlos.”

In 1973, Sanchez went to England and was involved in bombing and assassination plots.  Afterwards, in 1975, while in France, he murdered 2 French DST (law enforcement) agents who had tried to arrest him.  Later that same year he took part in an attack on the OPEC headquarters in Vienna, taking hostages and receiving millions of dollars in ransom.  Accused by his Palestinian terrorist mates of keeping a large sum of ransom money for himself and failing to execute specified OPEC ministers, Sanchez was booted from the PFLP.

The path taken by the attackers inside OPEC Headquarters

Sanchez was then given backing by the East German secret police (Stasi) and continued his terrorist ways around Europe.  When European countries became less accommodating, Sanchez was forced to move to Damascus, Syria, where the Syrians required that he remain inactive.  Recruited by Iraq in 1990, he was expelled from Syria in 1991 when Syria supported the U.S.-led war against Iraq to free Kuwait.  Sanchez ended up in the Sudan, and Western countries tried repeatedly to get Sudanese officials to extradite him.

In a plot worthy of Sanchez himself, Sudanese officials used the protection of Sanchez with Sudanese body guards as a ruse, and while Sanchez was in a hospital for a minor surgical procedure, the body guards tranquilized him while he was sleeping and then arrested him. 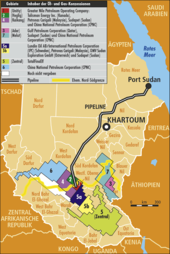 In 2001, while in prison, Sanchez converted to Islam and married his lawyer!  In 2003, he published a book of his writings called Revolutionary Islam in which he justifies the use of violence.  He also expressed enthusiastic support for the 9/11 attacks on the U.S. by Osama bin Laden and associates.  Meanwhile, the U.S.-bashing dictator of Venezuela, Hugo Chavez, has said that Sanchez was unfairly convicted and is not a terrorist, describing him instead as a “revolutionary fighter.”

Hugo Chávez saluting.  Screenshot from a video by the Embassy of Venezuela, Minsk.

In popular culture there are many references to Sanchez, most popularly as “Carlos the Jackal.”  Sanchez has been the subject of many fiction and non-fiction books, and several movies have been made of him; although the novel and movie (The Day of the Jackal) that spawned his nom de guerre have nothing to do with him.  Meanwhile, the 68-year old Sanchez sits in jail, alone.  Question for students (and subscribers): If you were the judge sentencing Carlos the Jackal, what sentence would you have given him and why?  Please let us know in the comments section below this article.

Keown, Tim and Billy Waugh.  Hunting the Jackal: A Special Forces and CIA Soldier’s Fifty Years on the Frontlines of the War Against Terrorism.  Tantor Audio, 2017.

The featured image in this article, a photograph by Michael C. Berch (User:MCB) of La Santé Prison, Paris, France, where Carlos the Jackal was incarcerated, is licensed under the Creative Commons Attribution-Share Alike 3.0 Unported license.