On April 1, 1970, the Detroit Automobile Comedy Consortium unleashed a sort of automotive April Fool’s joke on the American public by introducing the American Motors Corporation’s entry into the small car market to combat the rise in small car imports from Germany and Japan.  The AMC Gremlin was like nothing else American car companies had ever produced, causing cynical Americans to snidely ask new Gremlin owners, “Where’s the other half of your car?”

Built in Wisconsin, Ontario, and Mexico, the Gremlin was pretty much a shortened AMC Hornet, only 161.3 inches long and 70.6 inches wide, although the length would grow over the car’s production span (1970-1978) to a “massive” 170.3 inches in length.  (For comparison, the Ford Pinto, 1971-1980, was similar in size, at 163 inches long and 69.4 inches wide.)  The Gremlin weighed in at a relatively hefty 2600+ pounds, while the Ford Pinto weighed only between 2000 and 2200 pounds.  The odd squared off back end made the car look like it had been sliced in half.  The Volkswagen built 4 cylinder engine produced only 70 horsepower and 97 pound/feet of torque, making the car somewhat sluggish.  The AMC built inline 6 cylinder engines were somewhat better, in some applications putting out as much as a respectable 200 horsepower and 280 pound/feet of torque, although the initial standard I-6 engine was rated at 128 horsepower, with an optional version rated for 145 horses.  Subsequent 6 cylinder engines were de-rated to 100 horsepower and even less.  The 304 cubic inch V-8 was good for 150 horsepower in 1970 and 1971, but rated horsepower decreased every year afterwards to as little as 130 horsepower due to emissions control requirements.

At a time when cars were not particularly reliable, the Gremlin achieved a good reputation in its early production for reliability and economy.  While some found the car funny looking, owners generally liked the quirky look and in 1971 an appearance package was offered as an option.  In 1970 and 1971, sports car poseurs could order a 2 seat version of the Gremlin.  The 1972 V-8 powered Gremlin was capable of peeling its tires and putting on quite a show for the money.  People liked the car well enough for AMC to produce 671,475 of the little beasts over its production life, of which almost 41,000 were equipped with V-8 engines, something not available in other sub-compact competitors.  Consumer Reports Magazine rated the 1973 Gremlin as its top pick among sub-compact cars.  The 1975 Gremlin lagged behind the competition, posting a 21 mpg fuel economy rating, compared to 22 mpg for the Chevrolet Vega and 23 mph for the Ford Pinto, although the Gremlin was “quieter and faster.”  The weight of the Gremlin precluded competitive fuel economy ratings, with a curb weight of a whopping 1000 pounds more than the Volkswagen Rabbit.  Introduction of the AMC Pacer in 1975 also cut into Gremlin sales in a case of inadvertent brand fratricide.

In 1976, the popular V-8 engine became not so popular with a horsepower decrease to only 120, and the optional engine was cancelled.  The VW built 4 cylinder engine became available in 1977, with diminished performance but improved fuel economy, partially due to reducing curb weight by 250 pounds.  Few customers opted for the more expensive 4 cylinder option.  In 1978, frugal drivers could still buy a bare bones Gremlin for under $3400, though only 22,000 Gremlins were sold in its final year.  The basic shape and layout had not really been updated, and the competition had evolved into front wheel drive cars with a variety of door configurations and body styles, while the rear wheel drive Gremlin was always only a 2 door hatchback. 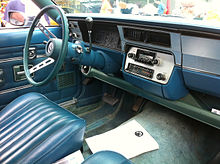 When we mention the Gremlin being faster than the Pinto and Vega, we are not really speaking about sprint times that would impress modern drivers.  The Gremlin chugged along to 60 mph in a leisurely 12.6 seconds (with an upscale 3.8 L I-6 engine), while the Chevy, Ford and VW Beetle agonizingly took around 18 seconds to achieve 60 mph.  (Some testers managed 0-60 mph in only 11.9 seconds for the 3.8 L powered Gremlin, and the 3.3 L I-6 took over 15 seconds to achieve 60 mph.)  The much greater weight of the Gremlin than the competition may have adversely affected mpg ratings, but that weight also provided increased strength and improved ride quality.  The more powerful Gremlin engines also outperformed the other sub-compacts in all but fuel economy. Quality and reliability was also generally better than the Pinto, Vega and Beetle, with fewer recalls and reported problems.

Incredibly (and sadly, to this former police officer), the Houston, Texas police department actually tested a 1975 Gremlin for use as a police car!  Fortunately, the department decided to pass on the idea of equipping Houston cops with Gremlins for cruisers.  From 1979 to 1983, AMC replaced the Gremlin with the AMC Spirit, a successor vehicle redesigned from the Gremlin to appear more mainstream.  The Spirit was notably available as a 4-wheel drive Eagle SX/4 model from 1981 to 1983.

So, what can we conclude about the Gremlin?  You either liked the way it looked, or you did not.  We think it was kind of nifty looking.  You can also say that it was better than the Chevrolet Vega, a disaster of a car, though the Ford Pinto outsold the Gremlin by almost 2 and a half million copies.  In fact, the Vega, a really, really bad car, sold over 2 million copies, so the Gremlin comes in a disappointing third in the American sub-compact car wars of its day.

Question for students (and subscribers): Do you like the styling of the AMC Gremlin?  What subcompact car do you think is the best?  Please let us know in the comments section below this article.

The featured image in this article, a photograph by Gerry Dincher from Hope Mills, NC of a green AMC Gremlin found in Hartleton, Pennsylvania, is licensed under the Creative Commons Attribution-Share Alike 2.0 Generic license.  This image, originally posted to Flickr, was reviewed on 5 October 2013 by the administrator or reviewer File Upload Bot (Magnus Manske), who confirmed that it was available on Flickr under the stated license on that date.