Tuesday, June 2
Trending
You are at:Home»August»August 6»An Odd Way to Run a Mental Hospital in the 21st Century!

On August 6, 2001, a tragedy known as the “Erwadi fire incident” occurred in the state of Tamil Nadu in India.  A fire broke out at the Moideen Badusha Mental Home in Erwadi Village, claiming the lives of 28 of the patients/inmates there.  A fire and fatalities do not make for a strange tale, except in this case those poor mental patients were chained down!  Run by a faith based organization, the mental home sought to “cure” its patients by caning and beating the patients while treating them with water from a holy shrine in the village.  A cure was expected to come about after a couple months or even a few years of “treatment!”

Even in the name of religion, it is hard to believe that in the current century a government would allow anyone to treat mental patients in the manner described above.  Yet, in India they apparently did chain people, despite laws prohibiting the practice.  An Islamic missionary from Medina, Quthbus Sultan Syed Ibrahim Shaheed Valiyullah, had come to Erwadi to spread the word of the Prophet, and holy water from the shrine, or dargah, built over his grave is believed to have healing properties.  The patients were tied to trees by day, where they were beaten, and then chained to their beds at night.  Sadly, this practice of chaining the patients led to their deaths during the fire.  While 28 of the inmates/patients died, 17 were saved from the horrible death.  (One wonders if death would not be preferable to a life as a patient there!)  Some of the survivors had freed themselves, from chains fortuitously not so tight.  At least 5 other victims were hospitalized for severe burns and smoke inhalation.

Indian authorities were rightly appalled by the incident and shut down all such institutions within a week of the fire.  About 500 inmates of such faith based (that is “crackpot” in plain English) mental “hospitals” were turned over to government sanctioned institutions.  Investigation and recommendations led to the requirement that all mental institutions be licensed in India.

The treatment of mental patients has had a long and sometimes embarrassingly cruel past, with numerous instances of mistreatment, rape, sterilization and lack of sanitation at “insane” asylums.  Television and movie shows have played on this theme in a way that can be terrifying.  In the not so distant past, American doctors were routinely giving patients electroshock therapy whether the patient wanted it or not.  Even scarier, lobotomy was considered a valid medical option, again, usually without the consent of the patient! 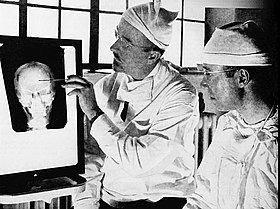 “Dr. Walter Freeman, left, and Dr. James W. Watts study an X ray before a psychosurgical operation. Psychosurgery is cutting into the brain to form new patterns and rid a patient of delusions, obsessions, nervous tensions and the like,” wrote Waldemar Kaempffert, “Turning the Mind Inside Out”, Saturday Evening Post, 24 May 1941.  Photograph by Harris A Ewing.

The need for locking down dangerously mentally ill people is balanced against the rights of those people, and the difficulty in defining exactly who is mentally ill.  Not long ago homosexuals were officially labeled as mentally ill, but this diagnosis changed in 1973 when the American Psychiatric Association struck such a label from its list of mental illnesses.  What other “mental illness” will be later deemed to be normal behavior?  Are we stigmatizing people for conditions that will later not be considered an “illness?”  Or are we ignoring conditions that will later be recognized as a mental illness to be addressed?  The subject is not so clear cut.  Are drug addicts and alcoholics mentally ill?  Should they be so labeled?  Not an easy or obvious choice, especially when you realize you have to draw a line somewhere to decide at what point a person is “mentally ill.”

In the United States a long term trend toward de-institutionalizing mental patients has continued since 1900, accelerating in recent decades.  No longer are mental institutions filled with mentally ill people.  No, those people are “treated” and released, often prescribed drugs that they may or may not take as prescribed.  Those same people out and about with the rest of us may or may not be keeping their appointments for treatment.  Many are homeless.  What are we to do?  Build many new facilities with more capacity and involuntarily commit people to mental institutions once again?  That is an expensive option, but so is suffering the fallout from actions dangerously mentally ill people may take.  As many as 44 million Americans are believed to have a mental health disorder of some kind, about 8 million with a serious problem!

Again, the solutions are not so clear cut, with many valid arguments on all sides of the issue.  Civil Rights organizations such as the ACLU make sure people referred for mental health assessment are treated according to the law and their rights respected, important factors if you are the one so referred!  If you happen to be the one doing the referral, such procedures and protections may seem ponderous and obstructive of getting proper help for the patient.  Again, no easy answers.

The subject of mental health has become a hot topic in recent days in light of the August, 2019 mass shootings in the US.  Please share your thoughts on the subject of mental illness and whether or not mental patients should be forcibly incarcerated until deemed “well.” 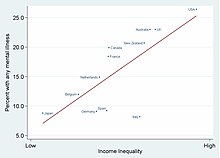 Question for students (and subscribers):  Do you believe there should be more mental institutions and more patients should be institutionalized?  Please let us know in the comments section below this article.

Hill, Allen. I Am Not Crazy: One man’s battle with mental institutions.  Amazon Digital, 2016.

The featured image in this article, a map by User:BishkekRocks of the location of Ramanathapuram district in Tamil Nadu, is licensed under the Creative Commons Attribution-Share Alike 3.0 Unported license.