On September 7, 1942, the Consolidated B-32 Dominator strategic bomber made its first flight.  Only developed as a fallback in case the Boeing B-29 Superfortress was not successful, the B-32 could not hold its own, and only 118 were built.  Over the years, many weapons or weapons systems have proven themselves to be disappointments.  Here 10 of those are listed, in no particular order. (Please also see the similarly-themed History and Headlines articles: “10 Weapons and Weapons Systems that Flopped” and “10 Weapons That Never (Or Barely) Went into Service.”)  Can you think of any weapons that fall into these categories?

As mentioned in the introduction, this large 4 engine bomber was supposed to be able to fill in for the B-29, though problems with its pressurization system were never rectified, and the plane was limited to low- and medium-altitude bombing.  History and Headlines Fact: The last combat mission of World War II was flown with B-32s.  Despite 1,500 of the bombers being ordered, the superiority of the B-29 caused the order to be stopped at only 118 airplanes.  Its service life was only 8 months.

Another American weapon of World War II and beyond, these handy little rifles fired a straight-walled 30 caliber round-nosed bullet (110 grains compared to the M-1 Garand’s 148 to 173 grain bullets) at an anemic 1,990 feet per second (compared to the M-1 Garand’s 2900 feet per second).  The M-1 Carbine was supposed to replace the .45 automatic pistol (1911A1) to give crew-served weapons operators and vehicle operators more firepower and to relieve them of the bulk and weight of the full-sized rifle.  Officers were often issued M-1 Carbines as well.  Soldiers complained of the lack of “knock down” power of the little guns and of the lack of penetration when used against enemies who were situated behind cover or at long distance. In the Korean War, for example, the thick winter clothes of Chinese communist troops sometimes stopped or diminished the effectiveness of Carbine bullets (though reports of this particular failure have been refuted).  The fully automatic version, the M-2, was nowhere near as effective as the Thompson sub-machine gun or the .45 caliber “grease gun.”  Complaints concerning the reliability of the M-1 Carbine in combat were all too common.  Over 6 million military versions of the M-1 Carbine were produced during WWII, compared to only 5.4 million M-1 Garands.  The M-1 Carbine was actually a step up in firepower compared to a .45 pistol, but when troops attempted to use the carbine as a substitute for the M-1 Garand main battle rifle, it fell quite short.

America’s first jet fighter, the P-59 was developed during World War II and made its first flight in 1942.  Only 66 of these jets were made, mostly to familiarize American pilots and mechanics with jet aircraft as they had never used jet powered aircraft before.  Although it did have a commendable 46,000-foot ceiling, its short range (375 miles) and speed (413 mph) that did not even match the best piston-powered fighters made it only a transitional plane unsuitable for actual fighting.

The 2-seat trainer version (the T-33) was the P-80’s real legacy, training an entire generation of jet pilots around the free world.  Though first fielded in 1945, it did not see combat in World War II, but in the U.S. it stayed in service until 1975; in other countries even longer.  With a listed top speed of 600 mph and a range of 1,200 miles, the P-80 greatly exceeded the performance of the P-59 (413 mph and 375 miles).  In jet versus jet aerial combat during the Korean War, the Soviet MiG-15 was clearly superior to the P-80, by now renamed the F-80, so much so that some American pilots wanted their F-51 Mustangs back!  Inadequate for air-to-air combat against the MiG, the Shooting Star was relegated for use as a fighter bomber, a task it was much better suited for, and the U.S. Air Force was forced to deploy its top-of-the-line F-86 Sabre for air-to-air combat instead.

Fielded in World War II by the U.S. Army, the bazooka was a hollow tube through which a rocket armed with a shaped charge was fired at enemy tanks, theoretically giving a ground soldier the ability to destroy an enemy armored vehicle.  In actual use, the weapon had serious performance problems, including failure to fire, batteries that got stuck, rockets blowing up inside the tube (ouch!) and failure to penetrate tank armor, especially that of the newest German tanks.  The German version, known as the “Panzerschreck,” was considerably more effective. The bazooka was a notoriously poor performer in extreme hot or cold temperatures and was not to be fired at temperatures below 0 degrees F or above 120 degrees F.  Dust and sand could also compromise the use of the bazooka, and of course, dust and sand are common battlefield conditions.  After World War II, the original 2.36-inch diameter version was replaced with the 3.5-inch version (known as the M-20 Super Bazooka), an improvement, but still far from excellent. The M-20 was, in turn, largely replaced by the M-67 90mm recoilless rifle, a better weapon but (at over 37 pounds) much heavier than the bazookas.  A disposable bazooka, the M-72 LAAW (Light Anti-Armor Weapon), was introduced during the Vietnam War but received mixed reviews. The Soviet RPG-7 is usually considered superior to the later versions of the U.S. bazooka.

In British service from 1871 to 1888, this weapon was a single-shot rifle at a time when many repeating rifles were already available.  It was the first British service rifle designed from the start to be a breech loader using metallic cartridges, and it was the replacement for the single-shot Snider-Enfield .577 caliber rifle which had been converted from a muzzle loader. The Martini-Henry was called a .577, but its actual caliber was .458 inches, the case being a necked-down version of the .577 case.  Launching its round-nosed bullet at 1,250 feet per second, it was not particularly ballistically efficient.  Its American counterpart, the 1873 Springfield, also fired a .45 caliber bullet, but having a muzzle velocity of 100 feet per second faster and the fact that it could also be operated a bit more quickly, the American rifle was probably superior.  The Martini-Henry suffered from cartridge-extraction problems that were the result of fouling caused by the black-powder propellant.  This problem was finally solved after smokeless (cordite) powder and copper-jacketed bullets were used in combination with the Martini-Henry, but this was only after the rifle had been replaced in military service by bolt action rifles.

Developed for the U.S. Army and Marine Corps to replace the flamethrower, the M-202 Flame Assault Shoulder Weapon went into production in 1978 but shortly afterward, during peacetime, it was taken out of service because it was too dangerous to the user!  It is now relegated to combat use only, if at all.  A 4-tube rocket launcher that fires a flame agent called TEA, problems with the rockets blowing up while still in the launcher or bursting into flame when hit by a bullet or shrapnel make it an unpopular weapon to carry.  The unwillingness to carry it in addition to a service rifle is further exacerbated by its 26.6-pound weight and 34.75-inch length (when opened). 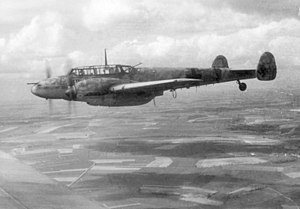 Often described as the Me 110, this German flop of World War II was a twin-engine heavy fighter plane that just did not have the handling and performance needed to cope with nimble Spitfires and Hurricanes.  Numerous attempts continued throughout the war to try to force this lousy airplane to work, and although improvements were made, it remained a bottomless pit of wasted time, effort and resources that would have been better spent adapting other fighters for longer range flight.  It did have one good thing going for it though; it was used as a night fighter and was adequate in that role.

Chambered in .38 Long Colt, the pistol failed miserably in real life combat against Philippine insurgents during the Philippine-American War of 1899-1902.  Its lack of stopping power was so bad that old 1873 Colt .45 “Peacemakers” were brought out of retirement and reissued to cope with the problem.  The lack of stopping power was also largely responsible for the adoption of the Colt M1909 .45 revolver and the development of the M1911 .45 Automatic Colt pistol.

Not to be confused with the highly successful M-16A1, M-16A2, M-16A3, M-16A4 and the M-4 carbine derivative, the original M-16 was first heralded as a wonder weapon that would work without even having to be cleaned.  Since that has not been true of any rifle, anywhere, ever, disaster was a sure bet.  Soldiers complained about the 20-round magazine that held 10 fewer rounds than the AK-47 used by communist forces, and they had not been given cleaning kits to maintain their rifles, meaning that the rifles eventually jammed and rusted.  Improvements were hastily made, with a “forward assist” device to help ram reluctant cartridges into the chamber, and the chambers and bores were chromed to make cleaning easier.  Cleaning kits were issued and troops taught how to maintain the rifles.  Still, it will never be known just how many American soldiers died during the early part of the Vietnam War because of jammed M-16s.  Also, 30 round magazines were provided to “equalize” firepower with the AK-47.

Question for students (and subscribers): Can you think of any other underperforming weapons?  Please let us know in the comments section below this article.

For another interesting event that happened on September 7, please see the History and Headlines article: “What if Anne Boleyn Had Slept with Henry VIII?“

The featured image in this article, a U.S. Air Force photograph of a Consolidated B-32-1-CF Dominator in flight, is a work of a U.S. Air Force Airman or employee, taken or made as part of that person’s official duties. As a work of the U.S. federal government, the image or file is in the public domain in the United States.