On June 21, 1964, three civil rights workers were kidnapped and murdered by the Ku Klux Klan in Mississippi, an event commemorated in the 1988 feature film, Mississippi Burning.  Advocating or campaigning for civil rights of various groups of people has been an historically dangerous business.  Many people engaged in the struggle for civil rights throughout history have been murdered or executed for their efforts.  Here we list 10 such people who have been martyred in the cause of freedom.

A 21 year old African-American from Mississippi and 2 Jewish New Yorkers had been conducting voter registration efforts and investigating the burning of a church when Klan members, including a deputy sheriff kidnapped and murdered them.  In 1967 5 suspects were convicted in federal court of depriving the 3 martyrs of their civil rights by killing them, and the last living suspect was convicted of manslaughter X 3 in 2005.  Cracked fact:  Chaney’s brother was radicalized by his brother’s murder and became an anti-white extremist, eventually going to jail for the murder of a man in Florida.  Friends of Chaney were also likewise radicalized and murdered people in South Carolina and Florida.

A French journalist covering the admission of James Meredith to the University of Mississippi in Oxford (the first African-American student there), he was shot in the back by a white mob.  His last report on the day of his death included “The Civil War has never ended.”

At first preaching a violent anti-white, anti-integration agenda and a representative of The Nation of Islam (Black Muslims), Malcolm (born Malcolm Little) took a trip to Africa and the middle east that cause him to reassess his platform.  Still advocating for African-American rights, he left the Nation of Islam for more conventional Sunni Muslim faith and moderated his previously radical platform.  He was killed by members of the Nation of Islam that felt betrayed.

Although not actually killed, this girl was only 12 when she was shot in the face by an Islamic militant in her native Pakistan.  Malala had been advocating for the rights of women and girls, especially for girls to be educated.  In the incident that gained international notoriety the severely injured girl was taken to England for treatment, made a miraculous recovery, and continues to advocate for women’s rights despite death threats against herself and her father.

In a massacre known as the bloodiest day in the US labor movement, about 20 coal miners were killed by Colorado state militiamen who were attempting to evict the 1000 or so miners and their families from their camp that they had occupied for about 7 months, on strike for the right to unionize and other workers’ rights.

An NAACP field secretary, this activist for African-American civil rights was murdered by a member of theWhite Citizen’s Council.  Shot in the back, he was rushed to a hospital that refused him entry because he was black!  Only when the hospital officials realized who he was did they admit him, but it was too late.  His murderer was subjected to trial by all white juries twice that resulted in hung juries both times.  In 1994 Byron De La Beckwith was finally convicted of the murder.

Milk was originally quiet about his homosexuality until about age 40, at which time he became a vocal advocate of gay rights and moved to San Francisco where he unsuccessfully ran for office.  Appointed as a city supervisor, in the 11 months he was in office he was instrumental in passing gay rights legislation.  He was gunned down along with Mayor Moscone by Dan White, another city supervisor that had resigned and resented what he thought was reverse discrimination against himself.  Cracked fact:  White used the famous “Twinkie” defense, claiming that his diet of junk food affected his thinking. 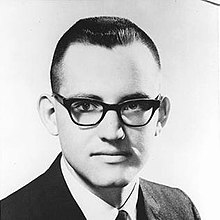 Protesting the building of a segregated school in Cleveland, Ohio, Klunder and other protesters put themselves in front of construction equipment to block constructions.  Klunder was killed when he was crushed by a bulldozer that backed over him.

Probably the most famous person in the civil rights for African-Americans movement, King was gunned down under mysterious circumstances that many, including his family, believe was covered up by the US government.  Cracked fact:  King’s real name was Michael King.  His father changed both of their names to Martin Luther King during a 1934 trip to Nazi Germany and the change was never legally registered.

A white abolitionist that was attempting to arm American slaves in order to foster abolition of slavery by force of arms, Brown had led a raid on a federal armory at Harpers Ferry, Virginia and was captured, tried, and convicted of murder and treason (against the state of Virginia), sentenced to death and executed.  At his trial, Cleveland, Ohio attorney Hiram Griswold argued that Brown had not personally killed anyone and that he could not commit treason against a state that he did not live in or owe loyalty to.  Brown was and is often portrayed as a crazed radical, perhaps even mentally ill, but people who corresponded with him while awaiting execution found him quite thoughtful and rational.