On May 23, 2001, Temba Tsheri, a 16 year old Sherpa from Nepal, became the youngest person to climb Mt. Everest.  Since then, 13 year old Jordan Romero of the United States now holds the age record, having beaten the existing record of 15 years old by Ming Kipa of Nepal (a girl).  Romero also became the youngest climber to scale all 7 of the “Seven Summits” at age 15 in 2011 (the tallest mountain on each continent).  Young people have been achieving great things since before recorded history.  Here we list 10 impressive accomplishments by youngsters.

Tatum won the Best Supporting Actress Academy Award (Oscar) in 1973 at age 10, the youngest person to win a regular Oscar. Shirley Temple was awarded a special Oscar at age 7.

The first gymnast to receive a perfect score of 10, she won 3 Olympic Gold Medals representing Romania at the 1976 Olympics at age 14.

This California young he-man started his quest for the “Seven Summits” in 2006 by climbing Mt. Kilimanjaro at the age of 9!  It is unlikely any youngster will beat his record as the youngest conqueror of Mt. Everest any time soon because China and Nepal have both decided to forbid anyone under the age of 16 to attempt the climb.  This amazing mountain climber does not even turn 18 years old until July of 2014.

Both of these Gold Medallists hail from the United States, with Donna being the youngest competitor to earn a gold medal as a swimming relay team member (age 13 and 129 days, 1960) and Marjorie the youngest to win a Gold Medal in an individual event (13 years 268 days, 1936) in diving.

This Pakistani Muslim girl was nominated for the Nobel Peace Prize at age 16.  Although she did not win, she had captured the attention of the world when an Islamic fundamentalist/terrorist shot her in the face on a bus for her advocacy of allowing girls in Pakistan to learn to read and attend school.  Her shooting and amazing recovery, coupled with her plucky continuation of speaking out for the rights of girls and women has inspired people all over the world, male and female.

His name is almost synonymous with “prodigy.”  He won the US Chess Championship while only 14 years old and became a Grand Master at the age of 15, the youngest of all time.  (Garry Kasparov of Russia became the youngest World Chess Champion at age 22.)

Pitching for the Cleveland Indians at age 17, Feller struck out 15 batters on his first game as a starting pitcher, a record for a debut.  He struck out a major league record (at the time) 17 batters only two weeks later.  Feller became the first pitcher to ever have a 24 win season before the age of 21.  Feller’s first season with the Indians was the summer before his senior year in high school! 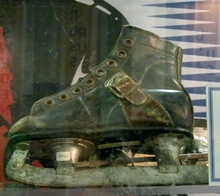 This Ukrainian-Canadian is the greatest hockey player of all time, and as a child was already a prodigy by age 6.  He became a professional in the WHA at age 17 (the NHL had an age 20 minimum) and starred in the All Star Game his rookie year.  At age 18 he was signed to a 10 year contract, the longest in hockey history at that point.

Probably the greatest music prodigy of all time, the pride of Austria, Mozart was composing by age five and could already play the violin and the keyboard, and was performing before royalty at that age.  He died at age 35, having already composed over 600 works.  His operas were being professionally performed by the time he was 14.  He is one of, if not the, greatest composers of all time.

Question for students (and subscribers): What achievements would you include on this list? Tiger Woods? Do we need a sequel?  Please let us know in the comments section below this article.