On June 9, 1667, the Dutch Navy handed the British Royal Navy its worst defeat in its history in what is known as the Raid on the Medway.  The Dutch burned 13 British ships, including 3 of the largest (“capital ships”) and towed away 2 more large ships, including the Flagship of the Royal Navy, the HMS Royal Charles.  This raid was done in England, far up the river Thames and then up the river Medway at Chatham.  Bold raids such as this are sometimes spectacularly successful, and sometimes not so much.  Raids are surprise attacks of short duration, as opposed to invasions or other sustained assaults.  Here we list 10 raids, successful or not, based on their fame/infamy, importance, or sheer chutzpa.

This raid is famous for its failure, and significant because it showed the British and Americans that an invasion of France across the Channel was unrealistic until weapons, manpower and tactics could be greatly improved, especially since German defenses were minimal at this time.  Lasting only 6 hours before the decision to retreat was made, this large raid involved 50 US Army Rangers along with 1000 British soldiers and 5000 Canadian infantrymen, along with a Canadian armored regiment.  As usual, the naval gunfire support was inadequate as planned and by 10 hours all the troops were either evacuated, dead, or captured.  The “morale building” raid turned out to be a morale destroyer.  Over half the landing force was killed, wounded, or captured.  Lessons learned at Dieppe would be applied in 1944 to the D-Day landings.9.  Pearl Harbor, 1941. 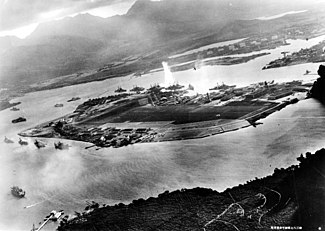 Probably the most famous raid listed here, the Japanese conducted it almost entirely with aircraft from aircraft carriers.  (Some submarines were involved to a smaller extent.)  On the surface, it appeared the Japanese had won a great victory, destroying the heart of the US Pacific Fleet and the land based aircraft on Oahu, but it turned out to be a disaster for Japan.  The most important ships, the US aircraft carriers, were not in the harbor and escaped attack entirely.  All but one of the sunken battleships were eventually put back into service and the raid failed to destroy the fuel supplies, the dry docks, or the submarine facilities.8.  Raid on Gananoque, 1812.

Conducted during the War of 1812, an American force of about 100 soldiers and 100 militia men attacked the St. Lawrence River town of Gananoque, the “Gateway to the Thousand Islands.”  A strategically located city important to British-Canadian movement between Montreal and Kingston, Gananoque was defended by only 40 to 60 troops.  The Americans defeated the troops and went on to burn the government depot and seize as much of the stores as they could remove, destroying the rest.7.  Quantrill’s Raid, 1863.

Also known as the “Lawrence Massacre,” this took place in Lawrence, Kansas during the American Civil War.  This was the un-civil part of the Civil War.  Quantrill and his raiders were Confederate guerrilla fighters known for their savagery.  Lawrence was known as an anti-slavery, pro-union town and was believed to be home to militias that conducted raids in Missouri against farms owned by slave owners.  Additionally, the Union Army had arrested several of the wives and girlfriends of known raiders, causing outrage among the guerrillas.  The raiders, 300-400 strong, went to Lawrence which was undefended and murdered 164 people which was most of the men in the town.  For good measure, the town was burned and the raiders made a hasty get away. 6.  Operation Opera (aka Operation Babylon), 1981.

In this strictly air conducted raid, Israeli F-16 fighter bombers (with F-15’s flying escort) flew across hostile Saudi Arabia to just outside of Baghdad to bomb a nuclear reactor under construction.  The goal was to prevent Iraq from operating a reactor and possibly developing nuclear weapons.  The reactor was destroyed, no Israeli jets were lost, and the attack was over in 2 minutes.  Cracked fact:  Israel had previously encouraged their arch enemy, Iran, to attack the reactor, which Iran did in 1980.  The Iranian attack was less effective because of their fear of causing nuclear fallout.5.  St. Nazaire, 1942.

This daring and successful raid was a British operation against Nazi occupied France.  There was a major dry dock at St. Nazaire that could be used to repair any large German ship (such as the battleship Tirpitz, sister ship of the Bismarck).  An obsolete destroyer packed with explosives along with 18 smaller vessels went across the Channel and attacked the port, the destroyer being rammed into the dry dock.  When the destroyer exploded it destroyed the dock as intended and kept it out of the war and then inactive for 10 more years for good measure.  Of the 622 commandos making the raid, only 228 made it back to England, with the rest killed or captured.4.  Osama bin Laden, 2011.

Conducted by US Navy SEALs the objective was to kill Osama bin Laden, one of the most evil people in all of human history, the terrorist mastermind of the 9/11 terror attacks against the United States, and retrieve as much intelligence materials as possible, then leave with both Bin Laden’s body and the materials.  That is exactly what happened, although a helicopter was lost in the operation.  A unique factor in this raid is that it was conducted in Pakistan, a country that is supposed to be an ally of the US in the War On Terror.3.  Son Tay (Operation Ivory Coast), 1970. 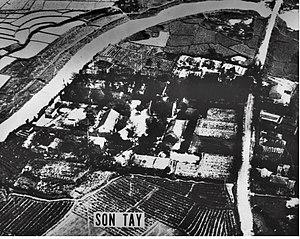 This daring plan was to rescue 61 Americans held prisoner near Hanoi during the Vietnam War.  Although the mission was a failure since the prisoners had been moved away from the camp prior to the assault, the raiders got in to the target area, although about 12,000 enemy soldiers were within 5 miles of the camp, and got out without losing a man.  While there, the Americans killed about 42 North Vietnamese and shot up the compound.  The US lost 1 helicopter and one airplane with 2 men injured.  The combat team functioned nearly flawlessly, but the intelligence failure to detect the movement of the POW’s out of the camp was an embarrassment to the intelligence community.2.  Entebbe, 1976.

When the terrorist organizations the Popular Front for the Liberation of Palestine and the (German) Revolutionary Cells hijacked an Air France jetliner, they headed for Uganda, a land ruled by psychotic dictator Idi Amin.  Once there, they released 148 hostages (non-Israelis) and continued to hold about 100 Israeli citizens at Entebbe Airport.  A week later Israeli forces flew into the airport in a stunning raid to rescue the hostages (who were threatened with death), killing the hijackers, and freeing 102 hostages.  The raid commander was killed, as were 3 hostages.  While they were at it, the Israeli raiders destroyed 30 jet fighters of the Ugandan Air Force before they left.  An embarrassed Amin slaughtered hundreds of Kenyans living in Uganda as punishment for Kenya assisting Israel.1.  The Raid on the Medway, 1667.

The audacity of the Dutch to send 60 vessels right up the main port passage of England, the Thames River, into the anchorage of the world’s most powerful navy is incredible.  Despite the obvious risks, the only losses the Dutch suffered were their sacrificial “fire ships” that burned the British fleet at port.  Capturing 2 capital ships, one of them the British flagship, is a fantastic feat as well.  Plus, this raid had the effect of ending the second Dutch-English War, making it as successful as it gets.

Question for students (and subscribers): What raids would you include in this list?  (Note:  Panty raids, raids on the refrigerator and such are not to be considered!)  Please let us know in the comments section below this article.