On July 8, 1994, Kim Jong-Il assumed control of North Korea upon the death of his father, Kim Il-Sung.  For the people of North Korea, it was like going from the frying pan into the fire, from one goof to an even jerkier goof.  Despite what Americans may think of their presidents, other countries have given history a parade of crackpots that have led countries as dictators, whether through color of office, military coup, or royal lineage.  Here we list 10 of the biggest crackpot dictators in modern history.  (Hint: If your leader wears a military uniform and people are expected to venerate him, you probably have a crackpot dictator.  Same thing if he gets more than 100% of the vote.)  (Note:  Too many crackpot Roman emperors to include in this list!)

President from 1965 to 1986, he led his people to believe he was a hero in the resistance against Japanese occupation during World War II, probably a gross exaggeration if not flat out lie.  Getting more corrupt as time went on, and with his wife accumulating more than 1000 pairs of shoes (she walked a lot?), Marcos became a poster boy for excess.  Nepotism and embezzlement with other forms of corruption were the order of the day until the assassination of his political rival, Benigno Aquino pushed his people to depose him.  Marcos and his wife amassed art treasures, real estate holdings, and millions of dollars they kept in Swiss and other foreign bank accounts.  After being deposed Marcos went to exile in Hawaii where he died in 1989.

This guy would make the list just for the myriad of ways to spell his name.  (Pick your favorite way. We did.)  He had the military uniform (or elaborate tribal dress at times), the out of date afro, and basically paraded around like the cartoon character he was, with delusions of being the leader of Africa and a world power, in charge of a country with only 6 million people.  He threatened to sink US aircraft carriers but only got himself bombed and ended up with a bayonet up his butt when his people deposed him. 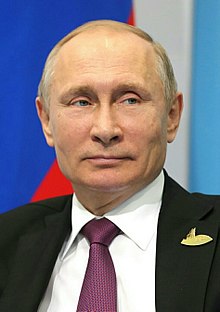 Ruling Russia under the guise of being elected president and prime minister since 1999, this former KGB officer has ruthlessly ruled Russia as a dictator.  Displaying the usual crackpot dictator symptoms of massive ego and cult of personality, his hallmarks are fixed elections and constantly being photographed without a shirt in various “manly” settings.  Under Putin, Russia has slowly degraded from a budding democracy to an increasingly authoritarian state.  Meanwhile, as is common to crackpot dictators, Putin has territorial ambitions and is currently attempting to steal parts of the Ukraine.  Putin and his hacker buddies interfered with the US 2016 election and continue to troll Americans with racial and political divisive social media and internet posts.  Stealing the Crimea from Ukraine was not good enough, so he is actively trying to snap up even more of his beleaguered neighboring country. 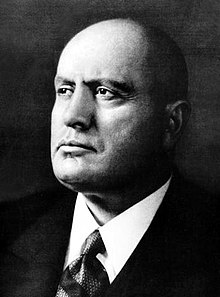 The prototype of the posturing, bombastic, uniform wearing crackpot dictator, Mussolini served as a model for Hitler, Qadaffi, and other crackpots.  Displaying the typical delusions of power out of touch with what his country actually was capable of, Mussolini started a program of land grabbing with Ethiopia as the first victim.  Encouraged by military success using bombers and poison gas against people armed with spears, Mussolini attempted to ride Hitler’s coattails into further land grabs in North Africa, Greece and France, bringing ruin upon his people.  This guy made Napoleon look like an introvert.

Developing the typical cult around himself, his Little Red Book being promulgated like a holy book throughout China, Mao disastrously contributed 900,000 Chinese casualties in the Korean War for no particular benefit to China.  His policies such as The Great Leap Forward (Backward was more like it) cost China millions of deaths.  Portraying himself as a god-like figure, Mao was more about himself than China, exactly what we would expect.  China’s rapid rise as a world economic power since Mao’s death is testament to his failures.

Starting with a military coup in 1966, Bokassa ruled the Central African Republic until he renamed it the Central African Empire and himself Emperor in 1976.  His “coronation,” modeled after that of Napoleon Bonaparte, cost $20 million and almost bankrupted his impoverished country.  This lunatic supervised beatings and mutilations of those convicted of crimes and executed 100 school children for not wearing uniforms made in a factory he owned.  When finally deposed by French paratroopers in 1979, he was jailed for life, but was released only 6 years later.  Oh, and he was accused of cannibalism as well (though not convicted).

This guy ranks with Mao and Hitler as the worst mass murderers of all time.  He starved 6 million Ukrainians and killed millions more of his own people by execution, economic and agricultural blunders, and having no regard for the lives of his soldiers during World War II.  Of course, he also allowed hundreds of thousands of German POW’s to starve and brutally expanded the Soviet empire by absorbing the Baltic states and eastern and southern Europe after the war.  Starting his country down a path of financial ruin that finally culminated in the breakup of the Soviet Union (37 years after his death), this paranoid monster probably had his wife killed, too.

This trio could well have been named the Three Stooges.  Calling themselvesGreat Leader, Dear Leader and Great Successor (and Brilliant Comrade), this grandfather, father, and son have been the only rulers North Korea has ever known, starting from the country’s inception in 1948.  Presiding over an impoverished and hungry society kept insulated from the rest of the world, these clowns have lived in luxury while their people starve in poverty.  With wild claims such as inventing the hamburger and not having to urinate or defecate,  and befriending a world class weirdo, Dennis Rodman, these are the goofiest current crop of crackpots in the world.  (Kim Il Sung 1948-1994, Kim Jong Il 1994-2011, Kim Jong-Un 2011-present.)  As with the others on the list, they have been hypocrites of the first order, and would be really funny if not for invading South Korea in 1950 (resulting in millions killed) and developing nuclear weapons.

Democratically elected Chancellor of Germany in 1933, Hitler quickly consolidated power into an absolute dictatorship based on the supposed racial superiority of the Aryan race (Note: There is no such thing as the “Aryan” race!) and the undermining of world society by treacherous Jews.  As he grew more and more power mad and assumed more and more control of the war effort, he led Germany down a path of ruin in World War II while becoming more delusional as time went on.

Accused of murdering thousands of people, this buffoon challenged the leader of a neighboring nation to a boxing match, called himself the King of Scotland, declared himself a Field Marshall (complete with numerous medals), considered himself a doctor, and possibly ate some of his enemies.  Amin had so many of his countrymen killed the dead bodies blocked the water inlet to a power plant!  Idi Amin sent incoherent and hysterically funny letters to Queen Elizabeth II and offered to serve as King of Scotland.  Amin also said that Hitler was “right” to murder millions of Jews.  Another crackpot with delusions of grandeur and power out of proportion with reality, he made a poor country even poorer and got his air force destroyed by Israel when he dabbled in supporting terrorists.  The undoing of Idi Amin  was the failed effort to invade and seize part of Tanzania.  With a brain possibly addled by syphilis, Amin is probably the nuttiest of all those listed here.  Sadly, this raving lunatic had as many as 30 children by his 4 wives.