Tuesday, February 25
Trending
You are at:Home»Science & Technology»Inventions»September 27, 1777: The City That was Capital of the United States for 1 Day

On September 27, 1777, the Continental Congress, precursor to the United States Congress, fled the American capital of Philadelphia, Pennsylvania (our first capital city) as British troops closed in.  The American government ended up in Lancaster, Pennsylvania for a mere one day stay, leaving an historical mark on the city by giving it claim to have been one of nine US capital cities.  Or one of eight.  Or one of three.  Confused?  Different sources use different criteria for deciding which cities deserve recognition as having been our “capital” city, so you can take your pick as to which cities to count as having been our nation’s capital.

Although Lancaster is not a large city, with a population of only about 60,000, it does have a considerable metropolitan area population of over a half million people.  Located in South Central Pennsylvania, Lancaster is known as the unofficial “capital” of Amish Country.  (Tell that to Holmes County, Ohio, which has nearly an identical number of Amish residents.  Ohio has had the largest Amish population in recent decades, but Pennsylvania has retaken the lead in having the most Amish residents in just the past couple years.)  One of the largest inland cities first settled by Europeans in what is now the United States, Lancaster boasts President James Buchanan (1791-1868) as its most famous native son.  (Buchanan was our 15th President and the only President to have been a lifelong bachelor.  Historians argue about his bachelorhood, with some claiming he was bisexual, homosexual, asexual, or celibate.)  Another famous person from Lancaster is Congressman and Abolitionist Thaddeus Stevens (1792-1868).  (Note:  If you are aware of any other famous people hailing from Lancaster, Pennsylvania, please let us know!  Otherwise, it seems like an awful long drought in producing famous people.)  Today, Lancaster has a 30% population of people of Puerto Rican descent, the second largest concentration of Puerto Ricans in Pennsylvania (after Reading).  Lancaster County is mostly Republican politically, while the City of Lancaster is Democratic leaning.  Household income in Lancaster County is a bit above the US national average, but within the city of Lancaster the average income is somewhat less.

Location in the U.S. state of Pennsylvania

Lancaster has a thriving art community, including several museums and an art department at Franklin & Marshall College, as well as the he oldest continually running theater in the United States, the Fulton Opera House. Along with historic sites and other points of interest, Lancaster lays claim to being the site of the first successful F.W. Woolworth’s Five and Dime.  The first paved road in the United States (the current US Rte. 30) ran from Philadelphia to Lancaster and was designed by John L. McAdam, he of the eponymous “tar macadam” paving material, or “tarmac.”  In fact, Lancastrians are known to refer to asphalt as “macadam.”  Lancaster is a good destination for people wanting to purchase Amish goods and crafts.

Lancaster is famous or infamous, depending on your view of the subject, by having an extremely high density of outdoor cameras spying on residents and visitors as they go about their business and lives.  In response to a police officer being shot and wounded in 2000, the city installed 70 outdoor surveillance security cameras to be manned by a civilian non-profit organization to avoid the specter of “Big Brother Watching.”  In 2009 the camera system was expanded to 165 units, and the national media took notice.  While residents did not particularly complain about the system, numerous news shows made a big deal about the surveillance system, using provocative terms such as “Big Brother.”  Cable news commentator (MSNBC) Keith Olberman counted Lancaster his feature “Worst Person in the World” on an episode of his nightly show.

This logo for Countdown with Keith Olbermann is taken from a cable television broadcast.  This image is to provide an example of the current (2011) logo/intertitle of the program.

Just when you think Lancaster might have little else of interest to offer history, we can tell you the first battery powered electric wristwatch was produced in Lancaster in 1957, the Hamilton Electric 500.   The other famous invention from Lancaster may or may not be special to you, the marshmallow Easter candy treat, Peeps, the yellow spongy chick shaped things manufactured in the 1920’s by the Rodda Candy Company, though the operation has been sold and moved to Bethlehem, Pennsylvania (1953).

Even without the distinction of having been “Capital for a Day” Lancaster, Pennsylvania seems like a nice place to visit.  Oh, and the other cities that lay claim to having been a US capital?  They include Philadelphia, Trenton, New York, Baltimore, Annapolis, York, Princeton, and of course, Lancaster and Washington.  (Not in order.) 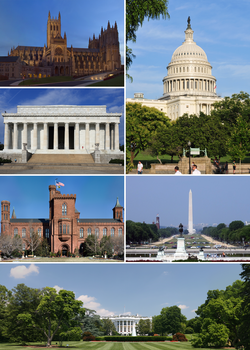 Questions for Students (or others): Have you been there?  Are you from there?  What can you tell us about this historic Pennsylvania city?  Were you aware of Lancaster and other capital cities of the United States?  (The author has never been there but does live in Ohio where Amish buggies and wagons go right past his house.)

The featured image in this article, a map of Philadelphia in 1796 by John Hills from http://www.phillyh2o.org/backpages/Maps/HillsMap1796.jpg, is in the public domain in its country of origin and other countries and areas where the copyright term is the author’s life plus 100 years or less.