On October 2, 1959, the television anthology series, The Twilight Zone, made its debut on CBS television.  Hosted by Rod Serling, the classic episodes of this show transcended the cheap sets and primitive special effects to become an iconic part of Americana, with those old episodes often replaying on cable television today, featuring many future big stars in their early years. Today we list 10 of the Greatest Sci-Fi and Horror Television Shows of all time, all-time only going back to the late 1950’s!

Running for 156 episodes, 92 of those were written or co-written by producer Rod Serling, who also hosted the show.  Many of the episodes have become deeply ingrained in the American psyche, including To Serve Man, Nightmare at 20,000 Feet, The Monsters are Due on Maple Street, Walking Distance, and Time Enough at Last.  The series was so good, it spawned another Rod Serling series called Night Gallery, a new run of Twilight Zone episodes twice, in 1985 and 2002, and Twilight Zone: The Movie (1983), as well as books, comic books, video games, theme park sections, songs, T-shirts, theater productions, a magazine, and all sorts of references to the iconic show, which was ranked #8 all time by Rolling Stone Magazine, and #5 all time by TV Guide Magazine.  A third revival of the television series is being planned. 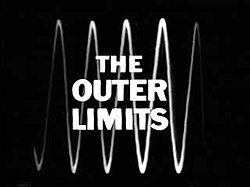 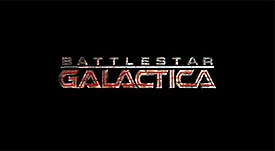 Running 75 episodes, BSG (as it is referred to) was itself a revival of the 1978 television series, and this later edition won a Peabody Award and recognition as one of the 100 Best TV Shows of All Time by Time Magazine.  Unlike its comparatively primitive predecessor, this edition featured movie quality special effects and had a fantastic cast, writing, and the Cylons (cybernetic androids) were quite human looking instead of looking like robots in the original series.  This show influenced American culture by introducing the expletive “fracking” and spawned a pre-quel series, Caprica, as well as Battlestar Galactica: Blood and Chrome, a web series (10 minute episodes) that later was woven into a TV movie by the SyFy channel.

An HBO production that ran for 93 episodes, its name was inspired by a 1950’s era comic book.  Hosted by “The Cryptkeeper,” a character familiar to almost all Americans, its music was composed by uber-TV composer Danny Elfman.  Being on a premium cable channel, Tales was able to take liberties with profanity, violence, and nudity/sexuality that broadcast television could not, creating more of an “R rated” sort of show that did not feel stifled as the other shows sometimes did.  Many of the episodes featured top level Hollywood stars and guest directors.  The format was an anthology show with stand alone episodes.  The movies Demon Knight (1995) and Bordello of Blood (1996) were spin-offs from the series, as was the movie Ritual (2001), that was not marketed as a spin-off.  A children’s cartoon called Tales From the Cryptkeeper also followed in 1993 as did other shows and games which reference the original show.

Already having 264 episodes under its belt with the original 2 stars, this show must be good as evidenced by it incredible staying power.  Its 13th season will begin October 12, 2017 with main characters Sam and Dean Winchester continuing their lifelong career as demon hunters.  Supernatural is the longest running American fantasy series of all time.  The incredibly good choices made in casting certainly contribute as much to the show’s longevity as the writing, with excellent chemistry between the characters.  If you like demons, angels, and various monsters and witches, this series is for you.

Running only 3 seasons and 80 episodes hardly gives a clue about how iconic and influential this series is to American culture.  This show gave us so many clichés and references it simply must be the most iconic American television of any genre.  Not only spinning off several television series (5 plus an animated series), it also gave rise to an incredible 13 major motion pictures, 2 magazines, novels, comic books, reference books, video and arcade games, clothing items, theme parks, exhibits, a website, and all sorts of conventions and clubs.  Even the first Space Shuttle was named “Enterprise” due to public demand that it be named after the “starship” of the original TV series.  Allusions to the show can be found throughout other American cultural manifestations such as movies, television shows, books and the like, as well as modern American jargon.  Live long and prosper.

Already renewed for a 9th season after this current, 7th season and 2018’s 8th season, this show is an anthology that instead of each episode being stand alone, each season is a separate story, though the series has featured many of the same actors in more than one season.  Big stars such as Jessica Lange, Kathy Bates and Lady Gaga have won awards for their performances on the show.  Plus, the show features Emma Roberts, the adorable daughter of actor Eric Roberts, one of our favorite actresses.  AHS is notable in that some of its characters are based on real life people and incidents.

Americans are crazy about vampires (and zombies, see below), and this show gave us a really, really, different take on the vampire character.  Apparently Bon Temps, Louisiana is a hot bed of supernatural beings, from vampires to shapeshifters to fairies, all played by top notch Hollywood talent on this HBO show, once again, allowing the series to go where broadcast television never could with nudity, graphic violence, gore and the like.  Based on the Charlaine Harris books, the TV show takes liberties with the stories, though generally keeps to the main plot.  The show won a Golden Globe Award and an Emmy, as well as Saturn Awards and in our opinion is one of the greatest fantasy shows of all time.

America’s other current obsession is zombies, and this show has them by the thousands (and thousands, and sometimes, many thousands).  An apocalyptic zombie plague pits humans against the undead and other, not so charitable humans in a struggle for survival that often leaves harrowing escapes, but also major characters getting bumped off so that the audience is always on edge, never knowing for sure if their favorite actor or actress is going to survive.  Exceptional special effects for a non-premium channel TV series is admirable, casting and acting is great, and many of the actors have become big stars due to their exposure on this exceedingly popular show.  So popular is the show, that it spawned an after show, The Talking Dead, to discuss each episode.  It also spawned another series, Fear the Walking Dead, that takes place on the West Coast.  The Walking Dead is based on the graphic comic book series by the same name.  According to Nielsen Ratings, The Walking Dead is the most popular show in the US for the 18-49 audience.  Lots of awards for this show!  Too many to list.

The original series ran 9 seasons and 202 episodes for its dedicated audience, featuring 2 FBI agents tasked with investigating para-normal, supernatural, and alien type phenomena.  The ever popular theme of government conspiracy to cover up alien life and other mysteries drives the popularity of the show, and a major motion picture (1998) was produced by the same name.  A 10th season of only 6 episodes was produced in 2016 and a second feature film appeared in 2008.  A 1996-1999 TV series called Millennium and the 2001 TV series, The Lone Gunman, were spin-offs, and of course the usual merchandising, comic books and games were also part of the franchise, and like many of the shows listed, spoofs and cultural allusions are frequently made to this iconic series.

Question for students (and subscribers): What shows would you include?  (Hint: The Prisoner, Lost Girl, Night Gallery, Lost in Space, Grimm, The Strain, Hannibal, and on and on!)  Please let us know in the comments section below this article.