On October 1, 2017, while attending a country music outdoor concert by singer Jason Aldean the crowd came under what was probably automatic rifle fire by Stephen Paddock, resulting in 58 people killed and 515 or more wounded, making this mass shooting the deadliest in such shooting in US History.  Today we sadly list the 10 worst/deadliest mass shootings in American History. 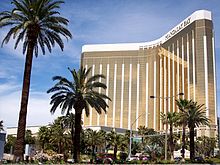 Along with the 50 victims, the shooter was also killed when SWAT officer blew off the door to his hotel room on the 32nd floor of the Mandalay Bay Hotel and Casino and charged in, shooting the suspect.  The shooter was believed to have used at least one full automatic weapon.  The 64 year old White male gunman was not a known felon and his motives are unknown, although he has previously sued a Las Vegas casino.  At least an additional 515 people were wounded or injured in the attack. (As many as 406 people are reported to have been taken to or responded to hospitals for treatment, though how many for gunshot wounds are not clear at this time.)  Aldean and his band survived without injury.  At this time it is unknown if the automatic weapon used was purchased within legal means and it is unknown if Paddock or another person illegally modified the murder weapon to fire on full automatic (machine gun style).  Paddock is said to have had other weapons in his hotel room, though reports are uncertain if he used one or more weapons in the shooting.  Hundreds of rounds were fired despite the shooting lasting only several minutes.  The incredibly fast police response is amazing and greatly appreciated.

Omar Mateen, a 29 year old Muslim that had sworn allegiance to ISIS (Islamic terrorists) attacked a Gay night club in Orlando, Florida, in what appears to be a hate crime against homosexual people.  Mateen opened fire on the packed crowd with a SigSauer semi-automatic rifle, killing 49 people and wounding another 58 before the gunman was himself killed by police. Mateen was reported to be a steroids abuser and mentally ill.  His parents were from Afghanistan.  The incident had evolved into a hostage taking stand-off  for 3 hours before police were able to kill the gunman. 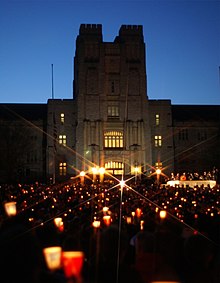 Seung Hui-Cho, a 23 year old senior at Virginia Polytechnic Institute had a documented life history of mental illness, and was declared mentally ill by a Virginia special justice in 2005.  Professors at Virginia Tech also reported the apparent mental problems of Hui-Cho, and the school was aware of various indications of mental problems such as stalking behavior, and yet this obviously deranged person was not placed on the prohibited persons list to preclude him from buying firearms!  Before killing himself, Hui-Cho had shot and killed 32 other people and wounded another 17 with gunfire, and another 6 people were injured by other means.

This horrific shooting took place in Newton, Connecticut, where the perpetrator killed 26 people (plus his mother at her home) and himself, for a total death toll of 28.  An additional 2 people were wounded by Adam Lanza, age 20.  The shooter, Lanza, was reported to suffer from Asperger’s Syndrome, OCD behavior and anxiety/depression.  It is also speculated that Lanza actually suffered from schizophrenia rather than Asperger’s.  Lanza also apparently hated women and had Anorexia, weighing only 112 pounds despite his 6 foot height.  Lanza was armed with a civilian semi-automatic version of the AR-15 rifle and a Glock handgun.  Of his 26 victims at the school, 6 were adults and 20 were children between 6 and 7 years old.

George Hennard (pictured above), age 35, reportedly a White male that hated women, Blacks, Hispanics, and other minorities, drove his pick-up truck right through the window of a Luby’s Cafeteria in Kileen, Texas, jumped out of the truck and began blasting away, killing 23 people and wounding another 27 before shooting himself.  Hennard was armed with 2 pistols, and shot at least 10 of his victims in the head.  The shooter reportedly reloaded 3 times, meaning had a patron been armed, the shooting may have been stopped somewhat sooner.  Hennard shot himself in the head after being shot 4 times by the police.  Those killed ranged from 30 to 75 years old.

James Huberty (pictured above), an unemployed 41 year old had mentioned to his wife that he thought he had a mental problem only a few days before the shooting.  She called to make an appointment for James, but the person taking the call misspelled the last name and failed to return the call with an appointment.  Miffed by the failure to receive a call back, Huberty told his wife that his life was over, and left, telling her he was going to “hunt humans.”  Armed with a 9mm pistol, a 9mm Uzi carbine (semi-automatic) and a 12 gauge pump shotgun, Huberty went to the McDonalds restaurant and began his rampage.  A customer tried to talk Huberty out of further shooting, so Huberty shot that man 14 times, screaming at him to, “Shut UP!” while shooting.  Huberty ended up shooting and killing 21 people before being shot and killed by a police sniper, 78 minutes after the incident had begun.  Another 19 people were wounded.  The youngest victim was only 8 months old.  Huberty fired at least 245 shots during the incident. 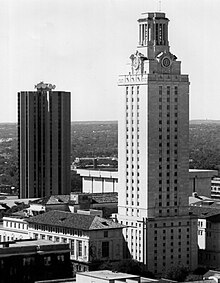 Charles Whitman, age 25 and a former Marine, stabbed and killed his mother and wife, and went to the University of Texas Tower, where he climbed to the top armed with 6 guns, opening fire on the people below at the crowded campus. Before he was shot and killed by police, Whitman had killed 17 people and wounded another 31.  The 17th victim died in 2001 from complications due to the wounds caused by Whitman in 1966.  Charles was highly intelligent, with an IQ of 139 and had become an Eagle Scout in the Boy Scouts.  Whitman was selected as an officer candidate during his time in the Marine Corps, and was attending the University of Texas on scholarship to become a Marine Corps officer.  Whitman apparently did not apply himself at college, and was removed from his scholarship by the Marine Corps, and ordered to revert to finishing his enlistment.  Whitman got into trouble in the Marines, being court martialed for gambling, usury, and possessing a firearm illegally on base.  He was given an Honorable Discharge in 1964 and went back to the University of Texas to resume college.  Prior to his shooting rampage, Whitman prepared a suicide note in which he expressed fear that he was mentally ill, and request his body be autopsied when he died.  Prior to embarking on his final assault, Whitman had stabbed both his mother and wife to death.  In the year prior to the shooting, Whitman had visited at least 5 doctors, including at least 1 psychiatrist, who prescribed no medication.  One of the other doctors prescribed Valium.  Autopsy revealed a pea sized brain tumor in Whitman’s head, though any connection to his mental state is unknown.  The incident went on for 96 minutes. 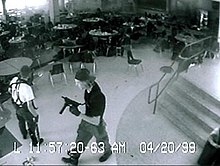 Especially scary because the perpetrators were 2 students of the school, Dylan Klebold and Eric Harris shot and killed 13 people before shooting and killing themselves.  They had planned on detonating bombs that would have killed many more people, but those home-made bombs located in the school and in the parking lot failed to go off, preventing a much worse death toll.  The victims included 12 students and 1 teacher, and another 21 people were wounded.  The Columbine shootings became a nationalcause celebre, resulting in monumental debate over school safety, bullying, gun control, gun rights, and mental health.  The incident was the basis for the Michael Moore documentary movie, Bowling for Columbine (2002).  Klebold and Harris were described as “losers” who were bullied and outcasts.  They had received the guns used in the massacre from 2 friends that were later convicted of supplying firearms to underage people.  The Police response was highly criticized and received close scrutiny by the public and police theorists.  Harris was analyzed post mortem and declared a psychopath, while Klebold was deemed to be depressive. 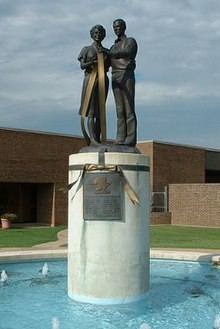 This Oklahoma post office was the scene of disgruntled postal worker, Patrick Sherill, “going postal” (this is the incident that started the term, “going postal”) and shooting 20 of his co-workers, 14 of which died.  Sherrill also shot and wounded 6 others before shooting and killing himself.  Not among the dead was a supervisor, Bill Bland, that had reprimanded Sherill and was an object of the deadly rampage, because Bland arrived to work late on the day of the shooting.  Another supervisor that had also reprimanded Sherill was killed.  Sherill had been armed with 2 semi-automatic (1911 type) .22 caliber pistols.

An actual terrorist attack perpetrated by Rizwan Farook (born in Chicago of Pakistani parents) and Tashfeen Malik (born in Pakistan)this Islamic extremist inspiredcouple used 2 semi-automatic AR-15 style carbines and 2 pistols to attack the Inland Regional Center that was hosting a training session and Christmas party.  Farook was an employee of the San Bernardino (California) County Department of Health, and had been at the Inland Regional Center for other activities.  The terrorist couple killed 2 people outside the building, and then entered, killing another 12 and injuring 24 more people.  The perpetrators fled in an SUV, were chased by police, and killed in a shootout with police 4 hours later.  Pipe bombs built by the couple were found in their home. A neighbor was charged with conspiring with the couple and acting as a straw purchaser of the firearms used in the attack, as well as immigration fraud over  a sham marriage.

Question for students (and subscribers): What measures would you recommend to prevent such shootings from occurring in the future and why?  Please let us know in the comments section below this article.

The featured image in this article, a schematic of the shooting scene in which Paddock indiscriminately fired rifle rounds from the 32nd floor of the Mandalay Bay hotel toward the concertgoers at Las Vegas Village by Phoenix7777, is licensed under the Creative Commons Attribution-Share Alike 4.0 International license.  This map of http://www.openstreetmap.org/#map=17/36.09379/-115.17263&layers=C was created from OpenStreetMap project data, collected by the community.  This map may be incomplete, and may contain errors. Don’t rely solely on it for navigation.  OpenStreetMap data is available under the Open Database License (details). Map tiles are licensed under the Creative Commons Attribution-ShareAlike 2.0 license (CC-BY-SA 2.0).  This file is licensed under the Creative Commons Attribution-Share Alike 2.0 Generic license.