Tuesday, February 25
Trending
You are at:Home»Society»Crime»May 22, 1856: Civil War Breaks Out in Congress!

On May 22, 1856, Congressman Preston Brooks of South Carolina had had it!  After hearing an anti-slavery speech delivered by Massachusetts Senator Charles Sumner, including invective against Brooks’ cousin, the Senator from South Carolina, Andrew Butler, Brooks met up with Sumner in the hallway outside of the Senate and proceeded to beat the hapless Senator with the congressman’s cane.  Brooks beat Sumner so severely, the injured legislator nearly died.

Brooks, a Democrat, as were most Southerners at the time, had pounded Sumner, a Republican, the party that seemed to represent the greatest threat to the institution of slavery in the United States.  Although many in Congress were appalled by the attack, and some sought to evict Brooks from his seat in the House of Representatives, the folks back home in South Carolina and other Southern states were overjoyed by the news of the cane whipping, and immediately a town in Florida was named Brooksville in honor of the bellicose congressman, and Brooks County, Georgia was named in his honor.

Preston S. Brooks, Representative in Congress of the U.S. from South Carolina.  From the English Wikipedia, originally uploaded by en:User:The Mystery Man.

While the effort to oust Brooks from Congress failed, the criminal trial resulted in only a fine of $300 for the vicious assault, with no jail time.  Brooks defended his actions, claiming he did not intend to kill Sumner, or he obviously would have used a different weapon!  Brooks briefly left Congress of his own accord, but soon returned to the legislative body.  While South Carolinians and other Southerners sent Brooks new canes to replace the one he broke while beating Sumner, other members of the House of Representatives and the Senate took to showing up for work while armed!  The situation in the United States was reaching a boiling point over the issue of slavery and would soon erupt into a titanic Civil War when Southern (Slave) States tried to secede from the Union.

Sumner was an ardent abolitionist, and his fierce rhetoric denouncing slavery was not commonly shared by all his fellow Republicans.  Many Republicans were only tepidly anti-slavery and did not demand the immediate and total end to that “peculiar institution.”  After the shock of having one of their party members severely beaten in the hallowed halls of Congress, many Republicans in Congress made a marked shift to a more strident anti-slavery position, meaning the thuggish actions of Brooks actually had the opposite effect of that he desired. 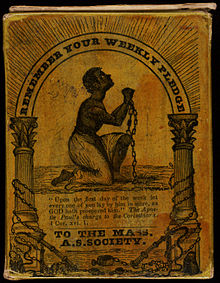 Collection box for the Massachusetts Anti-Slavery Society, circa 1850

Brooks himself got his comeuppance when another Massachusetts Congressman, Anson Burlingame, managed to incite Brooks into challenging Burlingame to a duel.  Brooks then backed out of the duel, as Burlingame had predicted, and Brooks was humiliated.  It seems Brooks found out that Burlingame was a noted crack shot and would be a deadly opponent.  Brooks used the excuse that for him to travel to Canada to fight in the duel would mean traveling through “hostile” Northern States, presenting a risk to his own life. (Note: Burlingame’s mother was named “Freelove Angel.”  What a great name!)

Representative Brooks did not live to see the issue of slavery played out in the United States, dying in 1857 of “croup,” a sort of lung infection along the lines of bronchitis.  He was only 37 years old when he died.  Brooks suffered terribly during his final illness, reportedly, “He died a horrid death, and suffered intensely. He endeavored to tear his own throat open to get breath.”  Sumner did not fare much better, requiring a 3 year convalescence which never completely healed the physical and mental wounds inflicted by the severe beating.  Sumner lived with pain and brain injury the rest of his life, dying in 1874 at the age of 63. 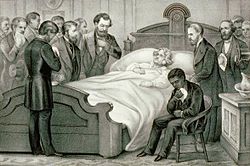 Death of Sumner by Currier & Ives.

The vicious assault in Congress was a precursor to the fierce fighting that followed from 1861 to 1865, an American tragedy in which between 616,000 and a million Americans lost their lives fighting against other Americans.  We sincerely hope the current sharp political divide never devolves into such violence!

Question for Students (and others): What other incidents involving violence by or against a member or members of Congress can you think of?  Please let us know in the comments section below this article. 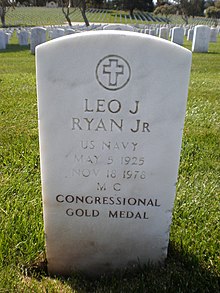 Freeman, Joanne. The Field of Blood: Violence in Congress and the Road to Civil War. Farrar, Straus and Giroux, 2018.

Hoffer, Williamjames. The Caning of Charles Sumner: Honor, Idealism, and the Origins of the Civil War. Johns Hopkins University Press, 2010.

The featured image in this article, a lithograph cartoon by John L. Magee (c.1820–c.1870) depicting Preston Brooks‘ attack on Charles Sumner in the U.S. Senate chamber, is in the public domain in its country of origin and other countries and areas where the copyright term is the author’s life plus 100 years or less.